This is our first experience with kidding goats and so far it’s been absolutely tragic.

One of our does had a premature stillborn on Monday night. (She was due at the end of June.) She’s always been the least dominant in the herd so a little on the skinnier side compared to the other two.

Tuesday, mid-day, she had a little bubble start forming, we assumed another stillborn was coming, but the bubble popped and only bloody stringy stuff came out. (Took her all day to get it out, placenta, I thought?) We also noticed on Tuesday that she suddenly had lice! We haven’t dealt with that ever either! So we treated her with CyLence, along with our other two does.

Wednesday we gently washed her butt off and gave her some Nutri-drench, she seemed to be coming around...

But now she is terribly weak. And seems to keep getting skinnier! Yesterday (Thursday) she fell down twice and I had to help her up both times. We took her temp (it was normal) and noticed there were maggots on her butt!! Called the vet and she said wash off the maggots with salt water (we did) but she didn’t have a fever so she’s probably just recovering? It seems like a bigger problem to me! She is eating and drinking, but her poop is really gross and not solid. She seems super sick to us.. Any advice?? We don’t know what to do about her.. is it something that could harm our other two pregnant does? Should we separate her?

sorry to hear this, let me tag others who might have some insight. Has your vet been out to examine your doe?

Yes separate her.
What exactly was the temp?

She may have an extremely high parasitic load.

Give probiotics immediately and IMO you need to get the vet out now or take her in.

There is a list of things I would do but I just don't think you have time to wait.

Southern by choice said:
Yes separate her.
What exactly was the temp?

She may have an extremely high parasitic load.

Give probiotics immediately and IMO you need to get the vet out now or take her in.

There is a list of things I would do but I just don't think you have time to wait.
Click to expand...

Her temp was 102.5
Calling the vet again now, be back soon with an update.
Thank you!

Hope to hear back from you. We all learn from one another's experience.
Hope she gets better quickly!

Thank you everyone for the concern!
We had the vet come out and she took good care of her.

Eyelids were quite pale, figured parasites were the main issue.
She was wormed with Ivermax equine paste dewormer. Given a BO-SE injection, Vitamin B Complex injection, and Probios probiotic.
They cleaned up and sterilized her back side very well. There was no puss or fever so infection was ruled out. They did not believe she still had a baby inside, THANK GOD!
I was told to just give her probiotics for the next three days and some extra TLC. Suggested to have her eat separately for a few days to make sure she’s getting enough food. (Our other two does can hog the hay sometimes.)
She’s still very weak, but the vet said she should bounce back within the next day or two. I’ll let ya’ll know how she’s doing next week!

Here’s a pic of Miracle (Pure Sanaan, the one who is having health issues right now, left) and Joyful (75% Sanaan 25% Alpine, right). Sandy is the Lamancha in my main photo! 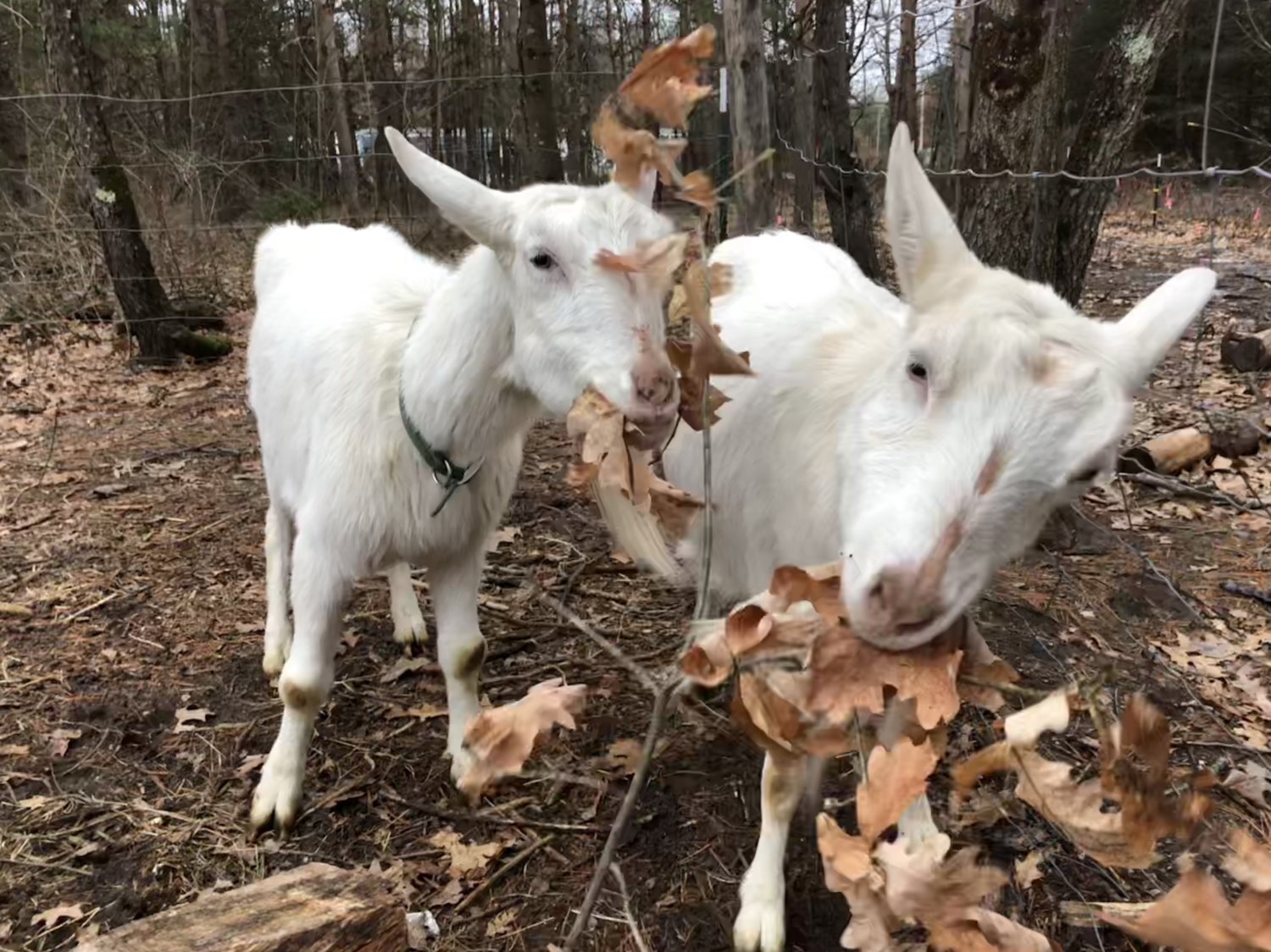 Glad to hear that they could give you some help!