BJ fell off the back step, which was bad enough, but Paris thoughtfully dug a deep hole next to the step. She also exposed a pipe, so when BJ fell (she knocked him off balance, thank you Paris), he fell in the hole she dug to China and the small of his back hit the pipe. He couldn't get up and yelled for me. I ran out, braced and pulled him up. He had a huge knot in his back and the darkest bruise I've ever seen showed up.

He uses Theraworkx for muscle cramps. It relieves them in seconds. So he wanted me to spray some on his back. As I rubbed it in, he could feel relief from the pain. It's available at drug stores and walmart. It has really helped him and it might help you too. He is still not able to do much, but is getting better.

I really need to fill in that stupid hole and put a cow panel over it but I've been so busy putting up garden produce that I'm beginning to think maybe I should drag my mattress into the kitchen.......

I haven't used the Theraworkx but I'll give it a try. The sharp shooting pain is gone and it's just a dull feeling that something isn't connected but I'll go and look at getting something started if it's not better by Monday. I have been giving it sort of light duty as much as I can.

I use the cucumber powder in Tzatziki sauce variations for meats and salads and Ranch dressing and they even add a nice taste to soups. I just peel the skins before slicing. I find the peels kind of tough and bitter when dehydrated. I peel, slice around a quarter inch slices... And dehydrate them. around 135. How long depends on just how juicy they are, but it can take all day or overnight. I have done them like veggie chips but they don't seem to hold their crispness very long.

Sometimes it helps to suck up

We got some canning done this afternoon. We are through with pickles now for ourselves but like I mentioned once before that we have a couple of neighbors that aren't able to garden so we will do some for them.

The borers finally found our zucchini plants so they are about to give up the ghost. 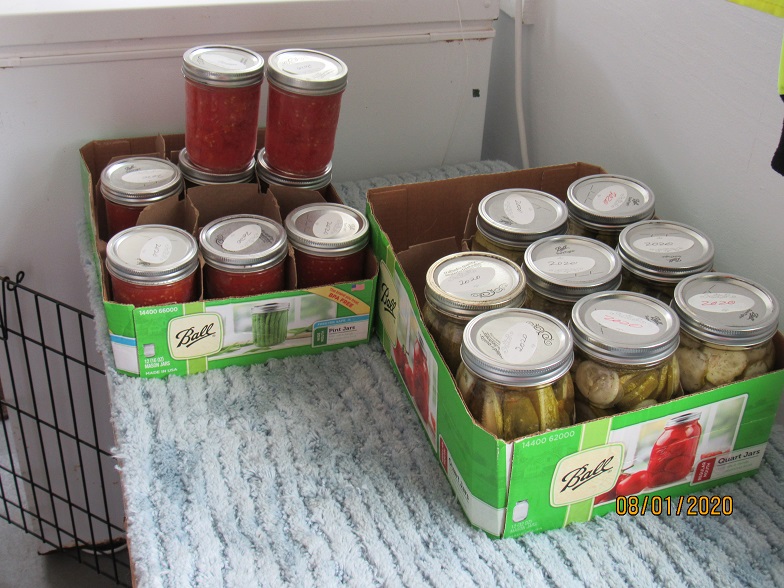 Nasty bugs eating our plants! I went out just now with the black light flashlight, found 6 hornworms ranging from tiny to medium large. Guess I have to go out every night.

Bruce said:
Nasty bugs eating our plants! I went out just now with the black light flashlight, found 6 hornworms ranging from tiny to medium large. Guess I have to go out every night.
Click to expand...

We have yet to see our first horn worm but normlly by now we have to constantly pick them off. There has been a small group of birds (no idea what kind) landing on the support posts that must be getting them.

I hate hornworms. They creep me out, I won't touch them. They give me shudders up and down my spine. Haha, me-who can gut a hog or clean a gut shot deer with no problem-gets weirded out by a little worm! I guess hornworms are my Achilles Heel.

So how do they get removed from the plants Bay? Do you call BJ?

Some friends have a herding dog trial every year on Labor Day that is sanctioned so we went up to see if they needed a hand. We took Lance to see if he remembered how to work in their much larger pasture than we have. He actually did good considering he hasn't worked that big of an area in over a year.

We dug up the beets this afternoon and processed them for the freezer. We did 6 batches about the size of the plate in the picture. 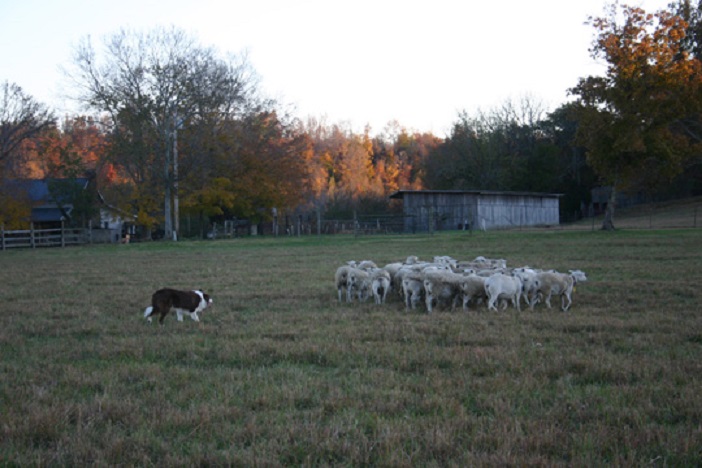 Bruce said:
So how do they get removed from the plants Bay? Do you call BJ?
Click to expand...