She's a really cute little mare! I'm looking forward to keeping up with your journey with her.

Don't have a saddle for her yet, that can wait a good while. I'm still sour about my gelding's saddle search, lol.

She met the cat & dogs, no issues.

We walked through the ewe pasture filled with sheep, she didn't mind.

She does not approve of the alpaca!

She flew around me when Derrik ran over to us, but she's great on a lead, as she didn't pull the lead from my hands, simply teleported to my other side.

Need to use wee disposable razors to shave her brand, did not approve of trainer trying to use electric ones. 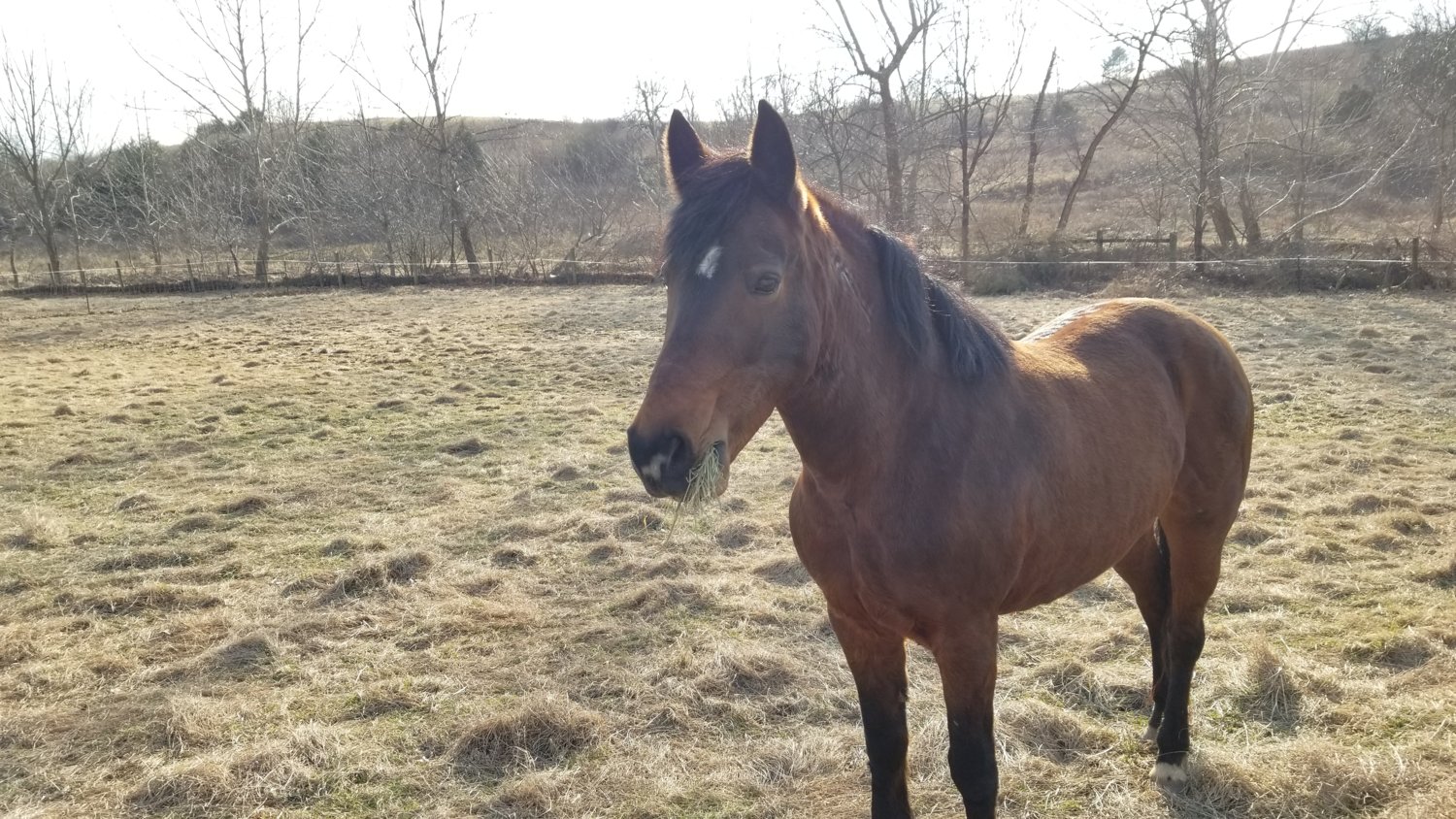 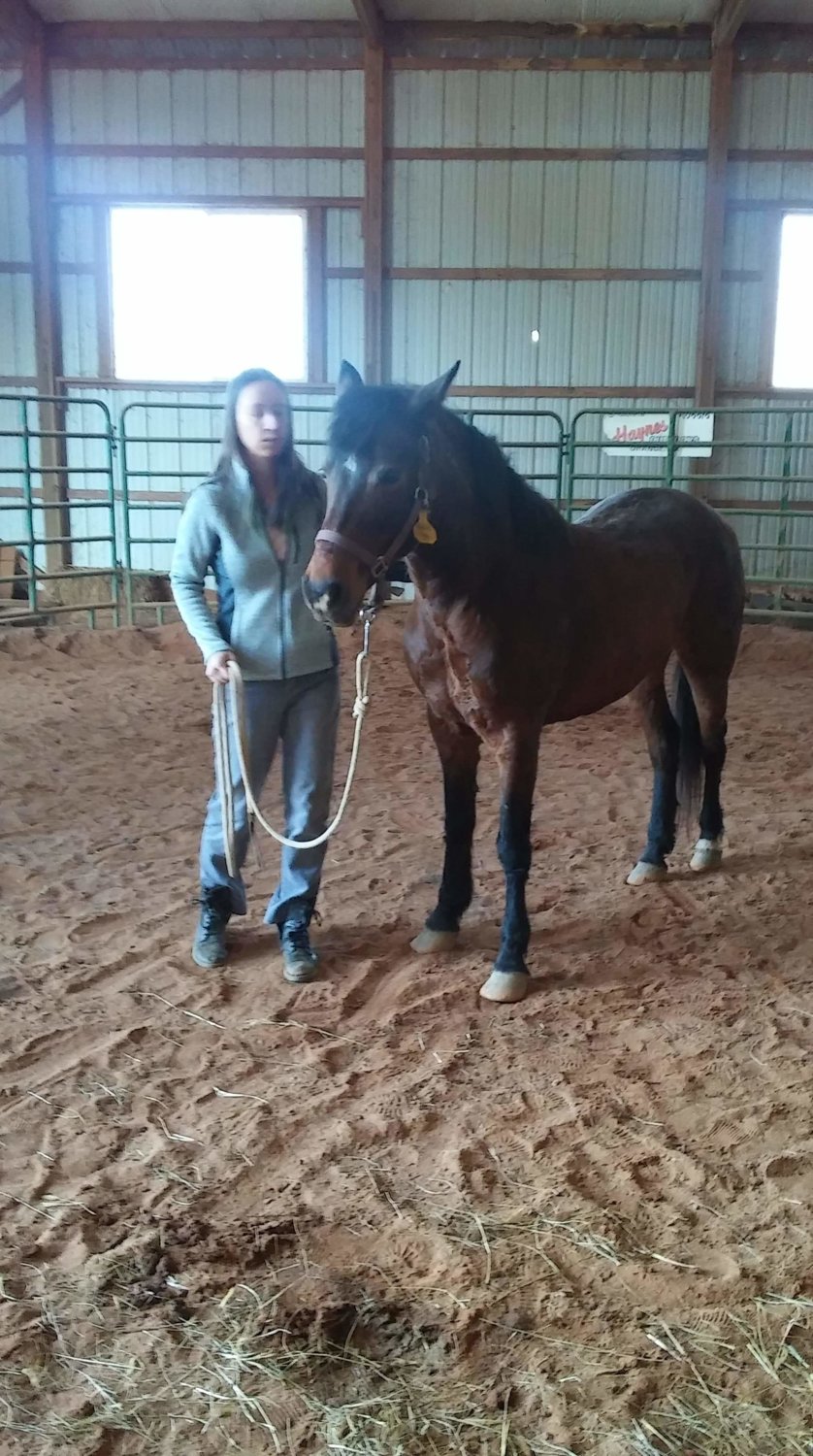 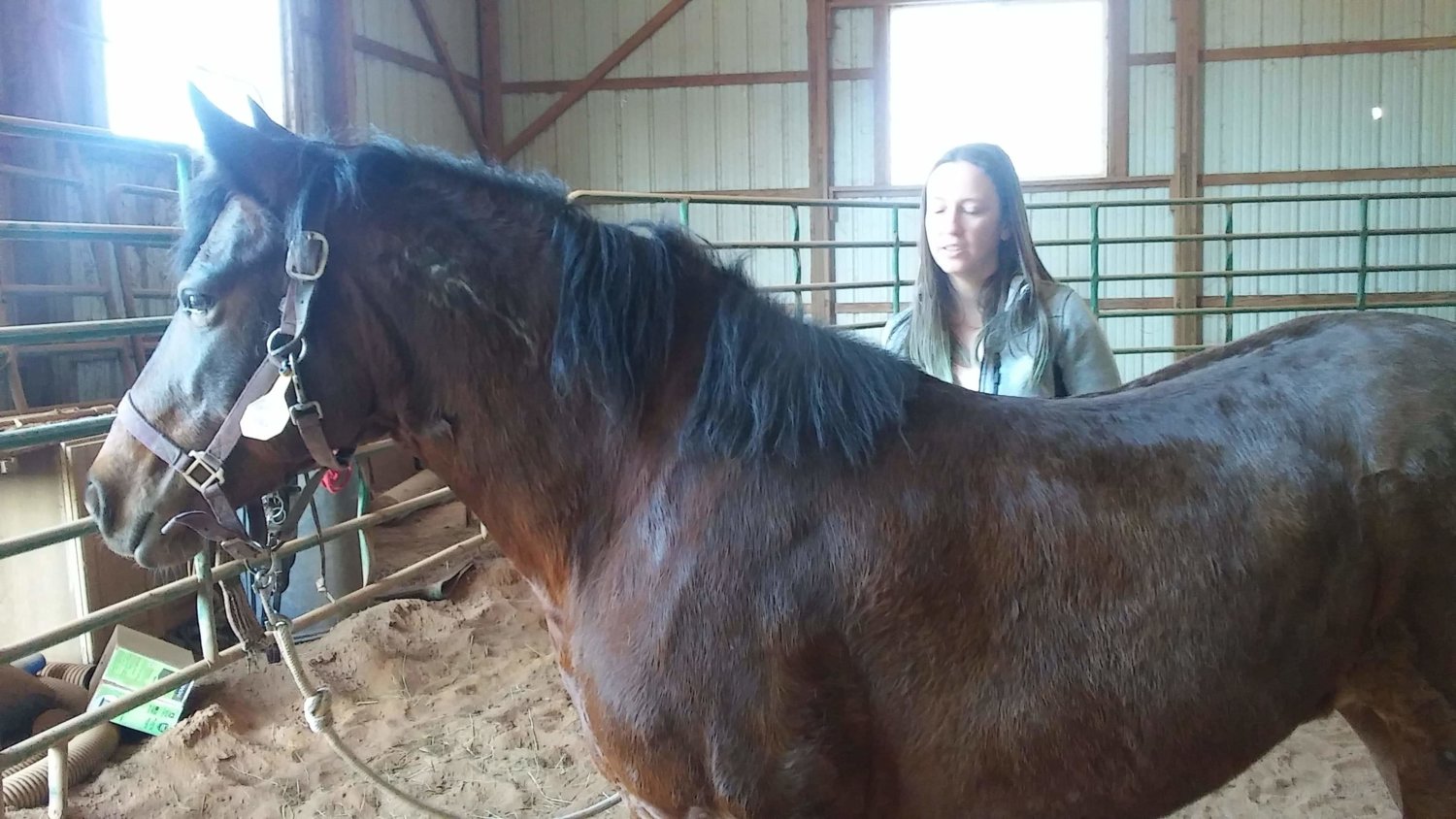 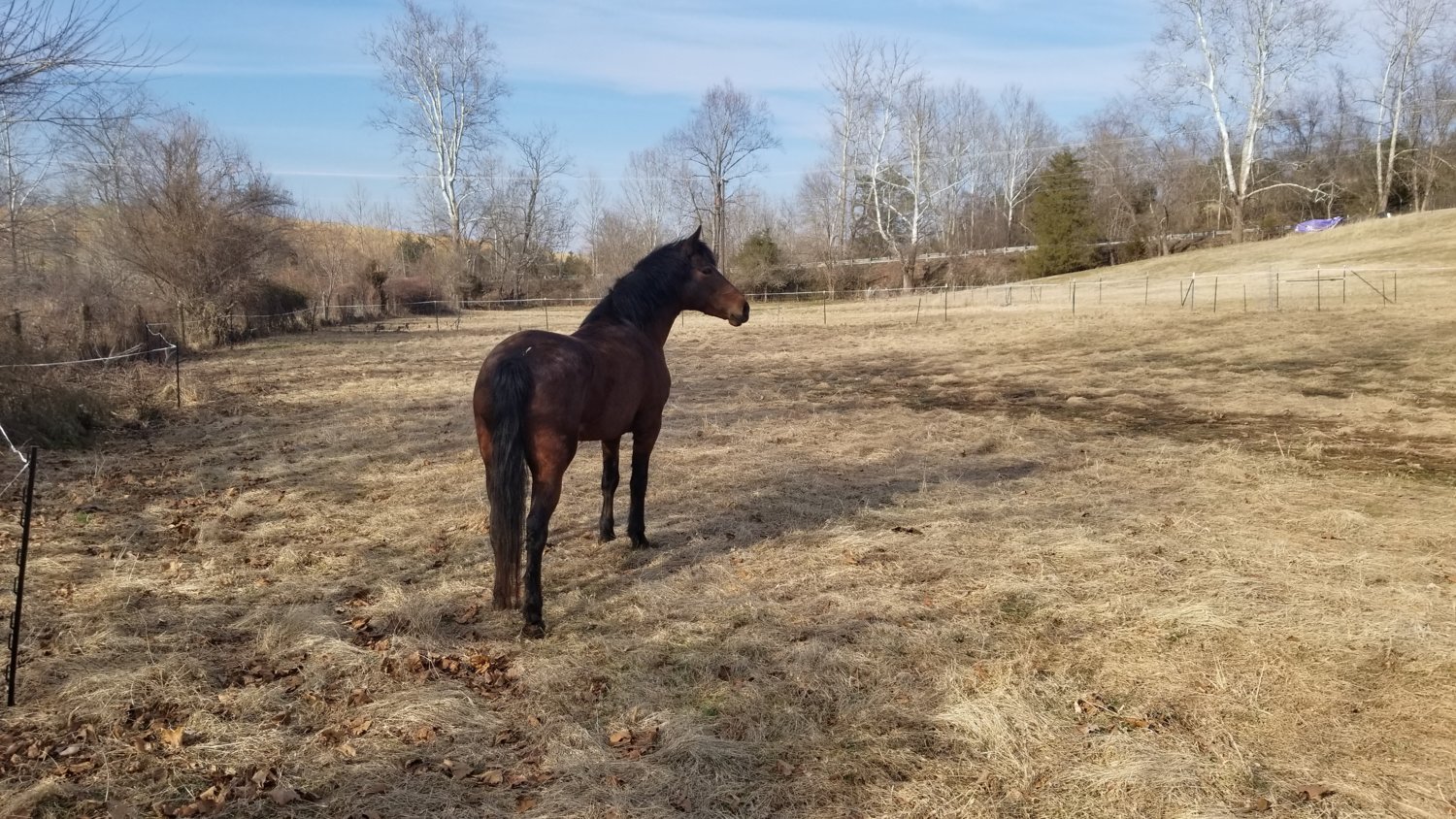 Went back out.
She's got bad hinds or very much so not used to hills!
She made it halfway up on her own, then I went over to coax her up the rest of the way.
She's hard to catch. It's been awhile since I've had to deal with that!
Herded her up all the way after coaxing her past the rock with cookies became impossible.
She stomped at the cat in frustration, spooked at who knows what, spooked at me touching her side when I was on a rock and thus taller than her, also doesn't seem to be used to deer, as 3 have come by again.
Bachelors are locked out of the adjacent paddock to give her more room to get used to the idea of pacas.
She's now gone back up to the gate on her own.

This forum has been so slow the last few days...

Yes it has, at least in the evenings.
OK I give, what is circled in that picture?

Was she afraid of Derrick or did he just scare her by running up fast?

Bruce said:
Yes it has, at least in the evenings.
OK I give, what is circled in that picture?

Was she afraid of Derrick or did he just scare her by running up fast?
Click to expand...

She's afraid of both of the alpaca. 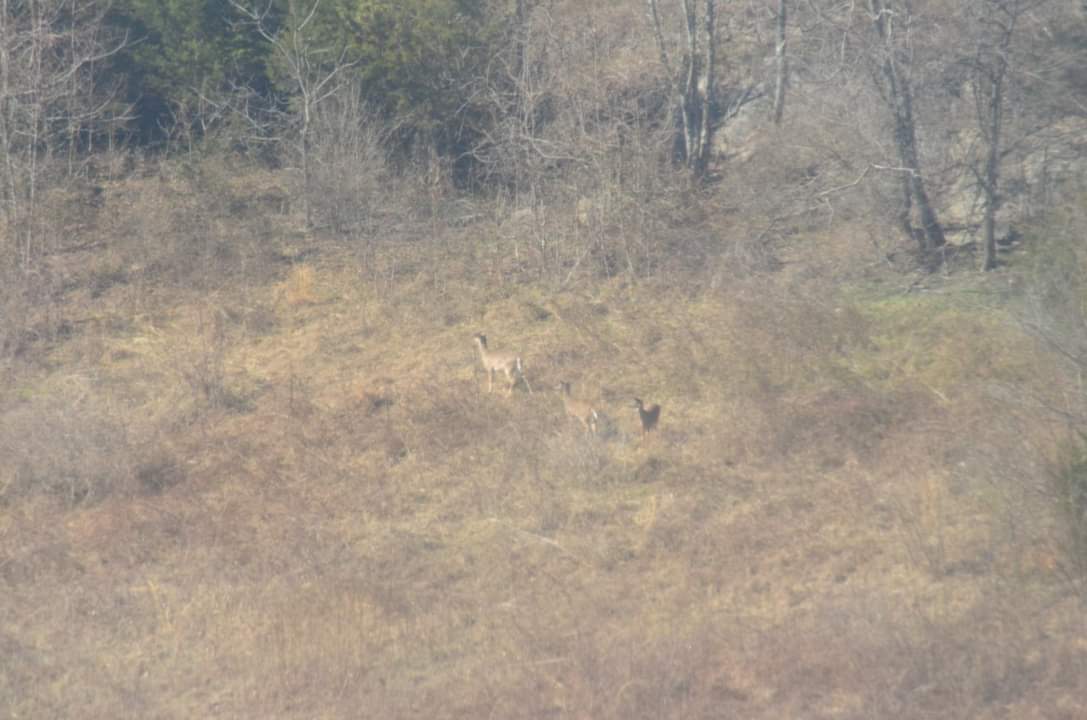 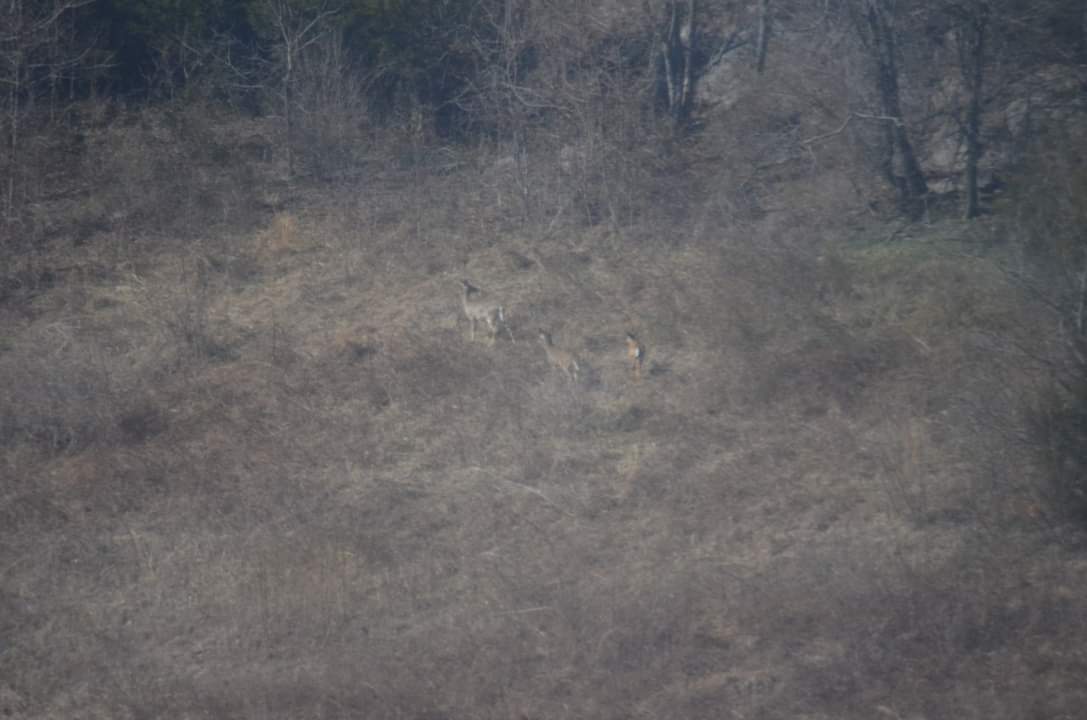 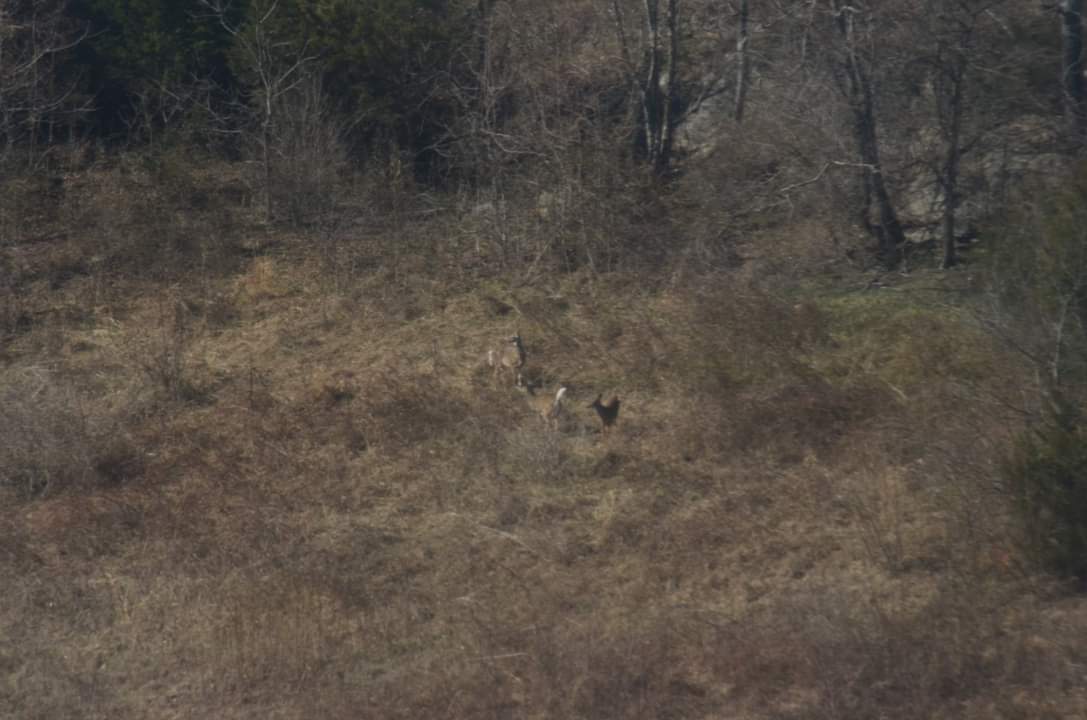 Just doesn't like animals that are closer to her in stature? My alpacas sound an alarm when they see deer... and turkeys ... and cats WAY out at the edge of the field that I can't even see without binoculars.
You must log in or register to reply here.
Share:
Reddit Pinterest Tumblr WhatsApp Email Share Link