One of the 3 new ewes I got has been weak since purchase. She's a yearling.
Thin, a bit slow, good red eye color, was dewormed with Valbazen and Cydectin roughly 3wks apart, last dose 3wks ago.
=/
Just dosed her with levamisole today & moved her to her own paddock along with hay and pellets. She ate some, but not all the pellets. Its regular sheep feed, nothing special or medicated.

That lamb in the group had to be dewormed for megineal worm twice, now okay. The mature ewe is totally fine.

Before I get the sheep vet out to poke around at her, what do you guys think could be her problem?

Couple things. Could be a parasite that won't cause anemia and won't show up on fecals. Get a fecal done anyway. Then if her temp is normal, she's eating, clean nose, good breathing, I personally would deworm w/Cydectin and Valbazen at the same time. Worst case scenario it could be Johnes or OPP but those don't usually show up until 18 months. Best case scenario is it's just nutritional and she'll recover with some extra protein. Check her teeth for sure.

Like mysunwolf says OPP and Johne's are diseases of older ewes.....so, thankfully unlikely to be either of these.

Could she have been ill for a while before you got her and hasn't fully recovered yet? Did she have a lamb which reduced her condition? Is liver fluke prevalent in your area? Does she have scours?

If there's absolutely nothing else to go on, I'd give her Selenium/cobalt/B12 drench or a multivitamin shot and make sure she has food supplements....doesn't need to be anything fancy.

She's never been bred yet.
Had a dirty back end awhile ago.

She's started to come to me for grain and actually eating it.
I have a bottle of sheep nutridrench I've been giving her daily.
I have Vit B & Vit E.

No idea about liver fluke. Lots of creeks, ponds and good snail habitat though.

secuono said:
Had a dirty back end awhile ago.
Click to expand...

Maybe still the aftermath of having bad worms or coccidia and is taking time to recover. I'd guess she'll fill out soon. That having been said, I've had a few ewes over the years who have remained thin in spite of huge appetites. they lambed easily and were good mums. Just genetically programmed to be that way, I guess.

Hard to see, but she's too thin.
Moved another yearling ewe in with her, different one than before. She also needs to recover from....something. Runny poo, touch thin, but otherwise normal.
Stupid amount of rain falling again, I hate excessive rain.... 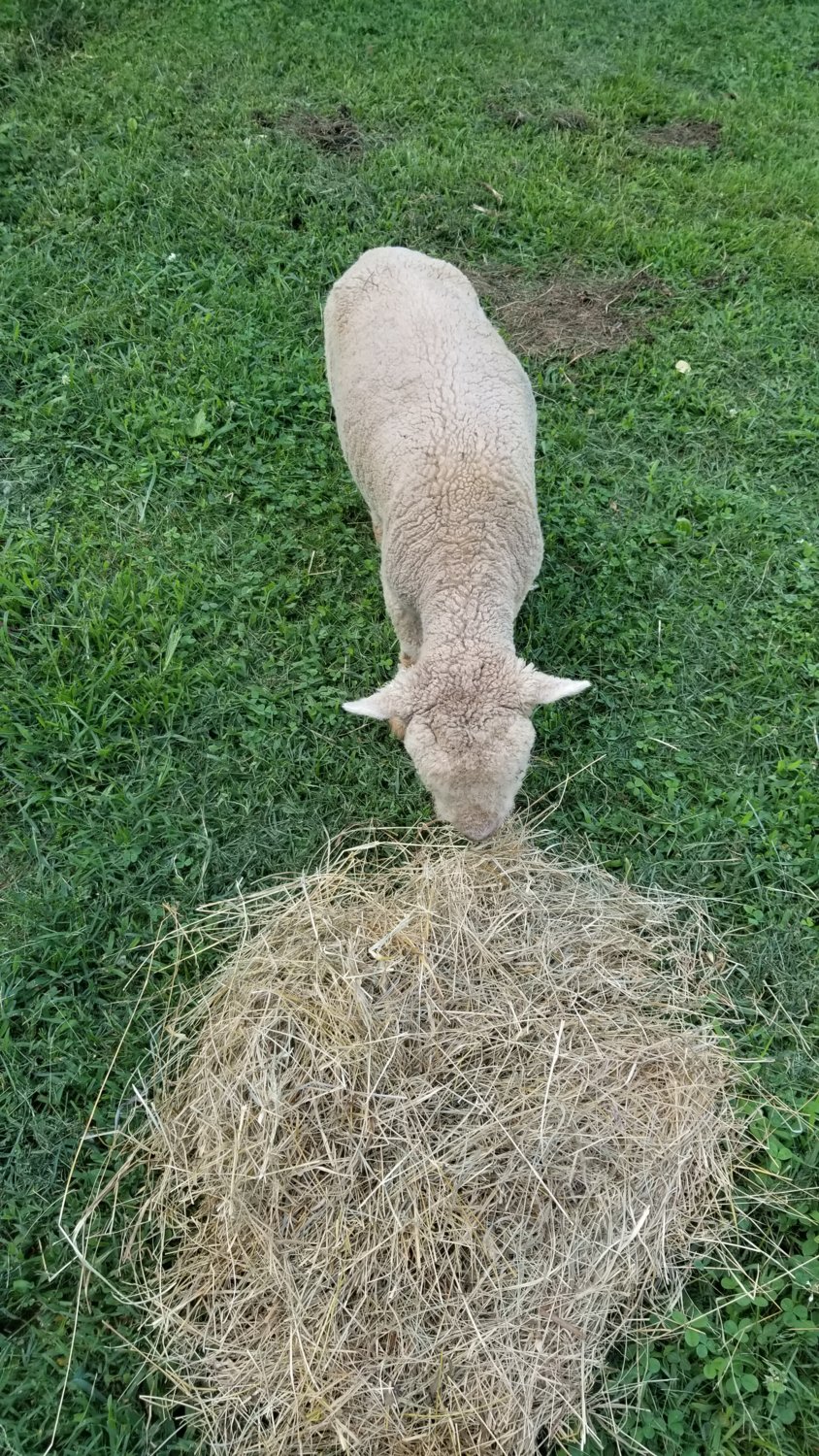 Hopefully they will come through whatever it is soon.

Where did you get them? Maybe check with the breeder to see if she has had a heavy parasite infestation in her fields this year. If the worming doesn't seem to beworking, and the two thin ewes are scouring a little, I would try stopping the grain. I would keep them on hay and roughage to stop the scours. Too much protein (grain) if they are not used to it can cause scours and stomach upsets. Two of our new Dorpers, a yearling ewe and ewe lamb, scoured when we brought them home. They had been on pasture, no grain, and we put them on the same feeding we did for our other sheep. Small amount of grain pm to bring them in off the field. The yearling that was with the rest of the flock was fine, she got mostly hay, lots of competition for the grain! The other two were alone in another pen and had no competition for their grain ration. We stopped the grain feeding on them and the scours cleared right up. The little ram lamb came from another breeder. He had been used to getting a small amount of grain, he was fine - no scours.

How about giving some probiotics?

2nd ewe is mine, only on pasture, heavy rain again. Was fine until all this rain came again.

1st ewe also no grain until separated so she can beef up.

Super wet pastures are heaven for parasites. Sounds like you are on top of worming and doing all you can. As long as she doesn't lose any more weight and stopped scouring, it sounds like the problem may be over. Let us know what happens.
You must log in or register to reply here.
Share:
Reddit Pinterest Tumblr WhatsApp Email Share Link