Toxic or invasive plant of the month--Giant Hogweed. 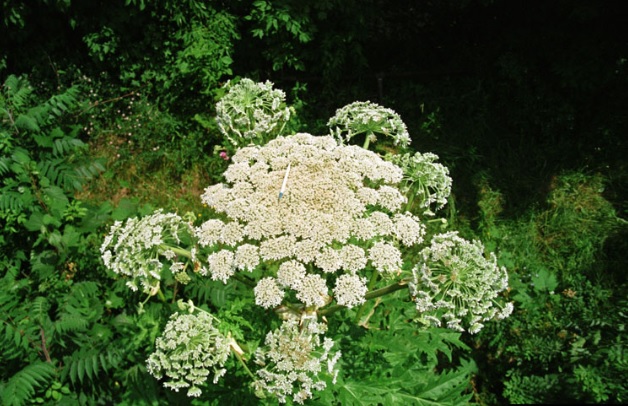 You can follow the links near the bottom of the above page to learn more..
M

I see that all over the place around here especially driving down the road. Very pretty when mixed in with wild black eye Susan's. Definitely didn't know about the sap though.

mystang89 said:
I see that all over the place around here especially driving down the road. Very pretty when mixed in with wild black eye Susan's. Definitely didn't know about the sap though.
Click to expand...

There are various other imported and native plants (and especially their flowers) that resemble Giant Hogweed, some of which are gathered as food products or themselves are invasive or toxic to animals & cut down and handled which is why Giant Hogweed was placed on the invasive list by USDA/APHIS. The other plants are not known to contain burning sap and USDA wants the public to know the difference and not mistakenly handle the Giant Hogweed thinking it is something else.
https://novascotia.ca/natr/wildlife/biodiversity/mistaken-hogweed.asp

Got some nasty leg burns a few years back (on the one day in the year I wore shorts....never again). It went on to blistering and scars that lasted for a number of years......ghastly stuff.

This is such a good topic. Always use scientific name to ID a plant. So far TN does not have this specific noxious plant as far as I can tell. Thanks for good information.

Here at BYH? They don't even use scientific names on herbicide specimen labels.
Everyone in Texas knows what goatweed and Johnston Grass are, and some know what wooley croton is, but mention Croton capitatus or Sorghum halepense and people will look at you like your hair is on fire or you're putting on academia airs.

Most of the time, the KISS principle works pretty good.

The toxic plant of the month of July is Castor bean plant. The most dangerous part is the seed, which contains an agent called Ricin.
This plant is toxic to most pets, to humans and to livestock but is often planted as a border to gardens as a deterrence to moles..they eat the beans and die. The beans are attractive in coloration and have been used in jewelry.

Ricin Toxin from Castor Bean Plant, Ricinus communis
Ricin is one of the most poisonous naturally occuring substances known.

The seeds from the castor bean plant, Ricinus communis, are poisonous to people, animals and insects. One of the main toxic proteins is "ricin", named by Stillmark in 1888 when he tested the beans' extract on red blood cells and saw them agglutinate. Now we know that the agglutination was due to another toxin that was also present, called RCA (Ricinus communis agglutinin). Ricin is a potent cytotoxin but a weak hemagglutinin, whereas RCA is a weak cytotoxin and a powerful hemagglutinin.

Poisoning by ingestion of the castor bean is due to ricin, not RCA, because RCA does not penetrate the intestinal wall, and does not affect red blood cells unless given intravenously. If RCA is injected into the blood, it will cause the red blood cells to agglutinate and burst by hemolysis.

Perhaps just one milligram of ricin can kill an adult. The symptoms of human poisoning begin within a few hours of ingestion.

Within several days there is:

If death has not occurred in 3-5 days, the victim usually recovers. It is advisable to keep children away from the castor bean plant or necklaces made with its seeds. In fact donít even have them in or around a house with small children. If they ingest the leaves or swallow the seeds, they may get poisoned. The highly toxic seeds beaded into necklaces, cause skin irritation at the contact point.

If the seed is swallowed without chewing, and there is no damage to the seed coat, it will most likely pass harmlessly through the digestive tract. However, if it is chewed or broken and then swallowed, the ricin toxin will be absorbed by the intestines.

It is said that just one seed can kill a child. Children are more sensitive than adults to fluid loss due to vomiting and diarrhea, and can quickly become severely dehydrated and die.

Castor bean plants in a garden should not be allowed to flower and seed.


Toxic Agent
The seeds contain ricin, one of the most toxic compounds known. Fortunately, this compound is not readily absorbed through the wall of the intestinal tract. It is a protein and can be denatured (its properties can be changed) by heat.

Whole or poorly masticated seeds are not very toxic, but toxicity increases as the seed is finely ground. Horses are poisoned by about 0.01 percent of their weight in seeds; cattle, sheep and pigs must consume about 0.25 percent of their body weight. Animals have been poisoned by grain contaminated with castor-bean seeds. 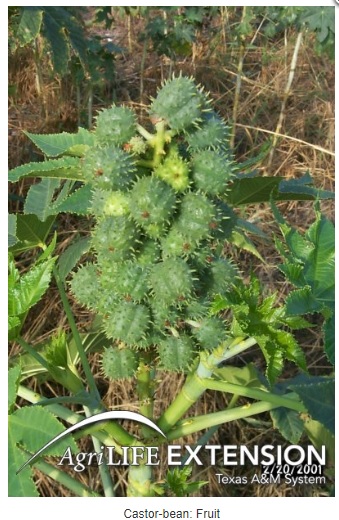 And, it is being promoted as a landscape plant once again!! University of Tennessee just had a huge article in our local paper about the new varieties of colors it now comes. We have never planted it here, but have had 'volunteers' that keep coming up from time to time. I just don't feel comfortable with keeping seeds as they are so toxic.

Many of the world's worst invasive plants were once or still sold as garden beauties.
Europe and GB are being over run by this plant and it is beginning to cause problems in the USA.
Rhododendron ponticum

Honey made from the flowers of this plant can cause hallucinations and nectar from the plant has been shown to kill several different species of bee.
You must log in or register to reply here.
Share:
Reddit Pinterest Tumblr WhatsApp Email Share Link