When to worm and other pre-move checklist items

How horrific for you and your family, I am so sorry your new adventure started out this way. I would do as @Baymule suggested and make your story known, find the culprit and let the law deal with it.

Everyone spoken too agrees that she probably pissed of some hunter at the back of our property where it meets about 100 acres. Police have neighboring property owners names in order to ask about any hunting leases but some are owned by large companies and we are not expecting much.

Here is good news though! Thank goodness for dedicated people who can save lives! 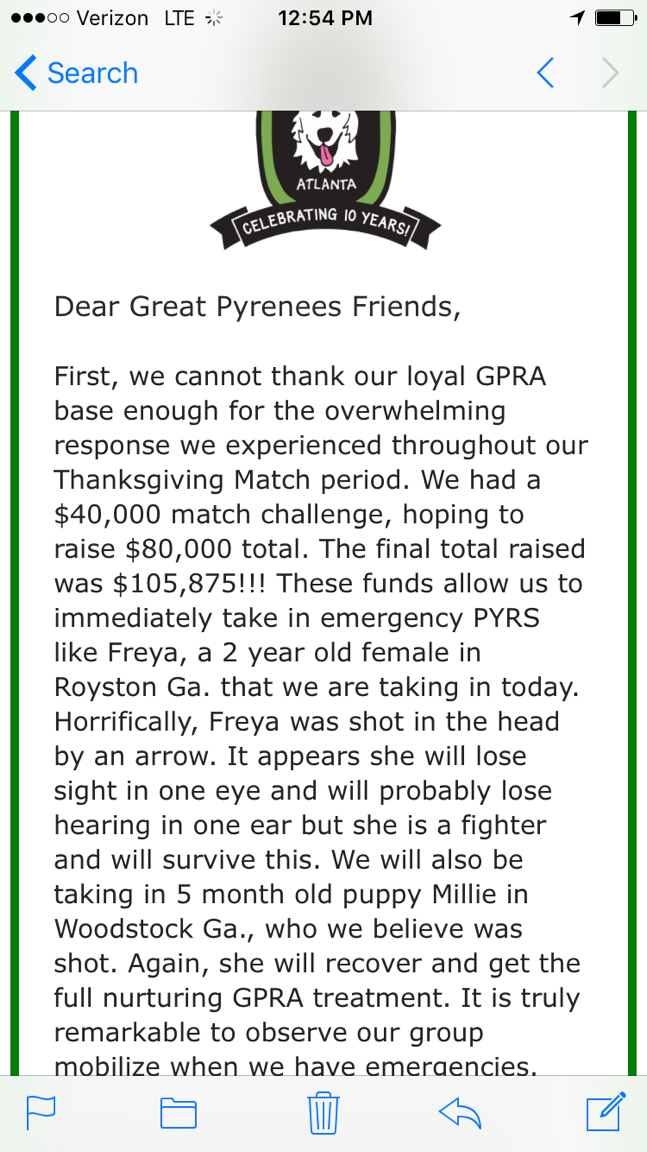 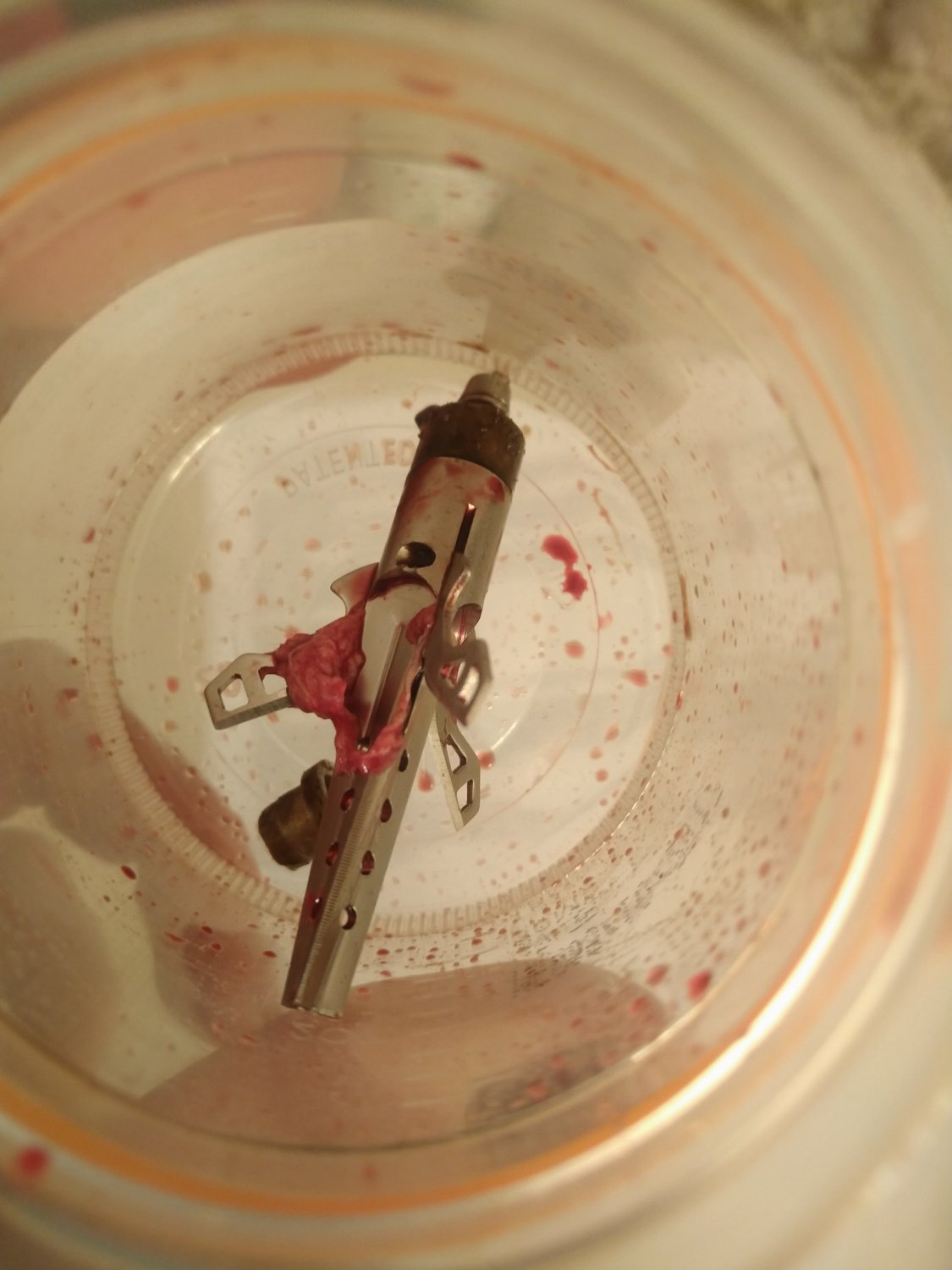 Sorry that I can't hit the lake button, I am so angered by this person who shot this chunk of metal into your dog...I will be praying the person gets caught quickly and gets every charge, fine and jail time the law allows.
Truly sorry your family has had to have this experience.

I couldn’t like that either. A thousand curses on whoever did that to your dog. There has to be a caretaker of the hunting lease or property owner or someone over it. I would find that person and let them know what happened. Politely of course, but with admonition that it not happen again.
Y

Alibo said:
I have been scouring the internet for a couple hours trying to find out how many days pre- move should I worm the goats (and horses?). I know I have seen that information on byh before but can't find it now!

We are moving from 5 acres to twenty acres approximately an hour up the road and I do not want to bring worms with me.

Also, on my pre- move checklist is to check and repair any fences, remove any barb wire, ensure water is connected, make sure the new feed room is impenetrable, and to pack all meds/first aid to bring with them. What other pre/post move items should I add to my agenda? Almost all these animals have been born here or only moved once in their lives. All does are due in February but in excellent health and weight.

Another concern is do the lgds need to be moved first so I can walk them around and they are familiar with the surroundings a few days before I move stock, or come on the same trip over with stock?

Since I do not have my own trailer, all the stock will have to be moved first and it will likely be a couple days before my family can be sleeping there. I am terrified of this but it may be unavoidable, any tips to make sure there are no over night surprises?

All advice is welcome, I am driving myself a bit crazy

trying to cover all my bases with this stock move and I am sure there are things I am missing
Click to expand...

In my opinion, Every animal should be dewormed... chickens, goats, cows, It promotes good health for all the animals in the farm... Its the best decision that you will do.

Alibo said:
We moved the goats and horses today ( donkey refused to load of course), brought two of my 4 Pyrenees to the house to be with the goat flock. bff and I stayed for a couple hours to watch everyone settle in and finish the bird yard before we bring over the flock.

Everyone is staying close and exploring cautiously. Our patrolling Pyr Freyja ( our first and closest to our heart) goes down the path to the creek and about fifteen minutes later we see her tail end scoot under the gate and run to the house. My husband starts screaming emergency. Freyja is bleeding profusely and can barely stand. Bleeding from her right eye. We are assuming she cut it on something, locate a new emergency vet in a new town ( should have put that on my pre- move list!) And my friend and I rush off to the hospital while my husband stays with my traumatized children that found her at the door.

The vet was amazing and let us both watch everything while she sedated her and medically controlled the bleeding from the major blood vessel that had been hit ( she could have bled to death). When we got the x-rays back there was an expandable broad head arrow head that went through her eye, skipped along her skull and they think landed in her ear canal. She will lose her eye, most likely lose her hearing in her right ear as well. Vet assumes that she will deal with chronic ear infections as well for her whole life. We have a large amount of money put away for the large vet bills that come with large animals but this bill is prohibitive for us. We have tragically surrendered her over to the atl Great Pyrenees rescue instead of euthanizing.

Thankfully she has this option of not being euthanized and the rescue will hopefully be able to cover her vet bills and re-home her to a home that can provide her with the quality of life she deserves as an amazing young Pyrenees in a pet home instead of working.

My three small children are traumatized and I am shaken with the thought that I cannot protect my Protectors with the ability to do their job without being harmed.

The cops have come out and taken a statement and are waiting to get the arrow head out of the dog once she is stable enough for surgery. Cops and vet both said the shot could not have been made from more than 50 yards at the maximum and they were a good enough shot to hit her where they aimed. The very nice officer said ( as a hunter) they would only have hit her accidentally if they were hunting polar bears. I am bringing my Catahoula out tomorrow to try and hunt down the blood trail of where she got shot and find the rest of the arrow.

Our new property borders a large creek for the entire side she left and returned. She was not wet, did not leave the property. I could absolutely understand if she had entered someone else's property and they shot her, as would many farmers. But this is a calculated shot with an arrow and there was no way she could have left the property without being soaked.

First night in the new house, YAY! Poor Freyja only got to enjoy her new home for less than two hours! Now she has to wake up with a scary situation and enter into a new family that she does not know and love like us. I am devastated that this has happened to her and I cannot be there.

Where do I go from here? Is this a freak accident or malicious intent. I just turned out 14 goats and 2 horses and now I am scared to turn their guardians back out with them.
Click to expand...

I am sooo sorry for this to have happened to you. Your family must be so sad and just turned upside down, with a move and now this loss of a beloved dog. I’m sorry this happened to you all,and I really hope the authorities are able to find out who’s arrow hit her!

Baymule said:
I couldn’t like that either. A thousand curses on whoever did that to your dog. There has to be a caretaker of the hunting lease or property owner or someone over it. I would find that person and let them know what happened. Politely of course, but with admonition that it not happen again.
Click to expand...

I would want more than an admonition....
Y

I am angry that someone would do this. Does this mean that someone was trespassing on your land, or an over the fence shot?
Click to expand...