What do Bodordoodles grow up to look like?
G

They sure are cute. Do they herd like Border Collies do?
G

They can. It’s two of the smartest breeds of dogs out there. They can be trained to do about anything. My Pyredoodle is every bit of the guard dog any Pyrenees would be. But no shedding.

This is Murphy with my Aussie. 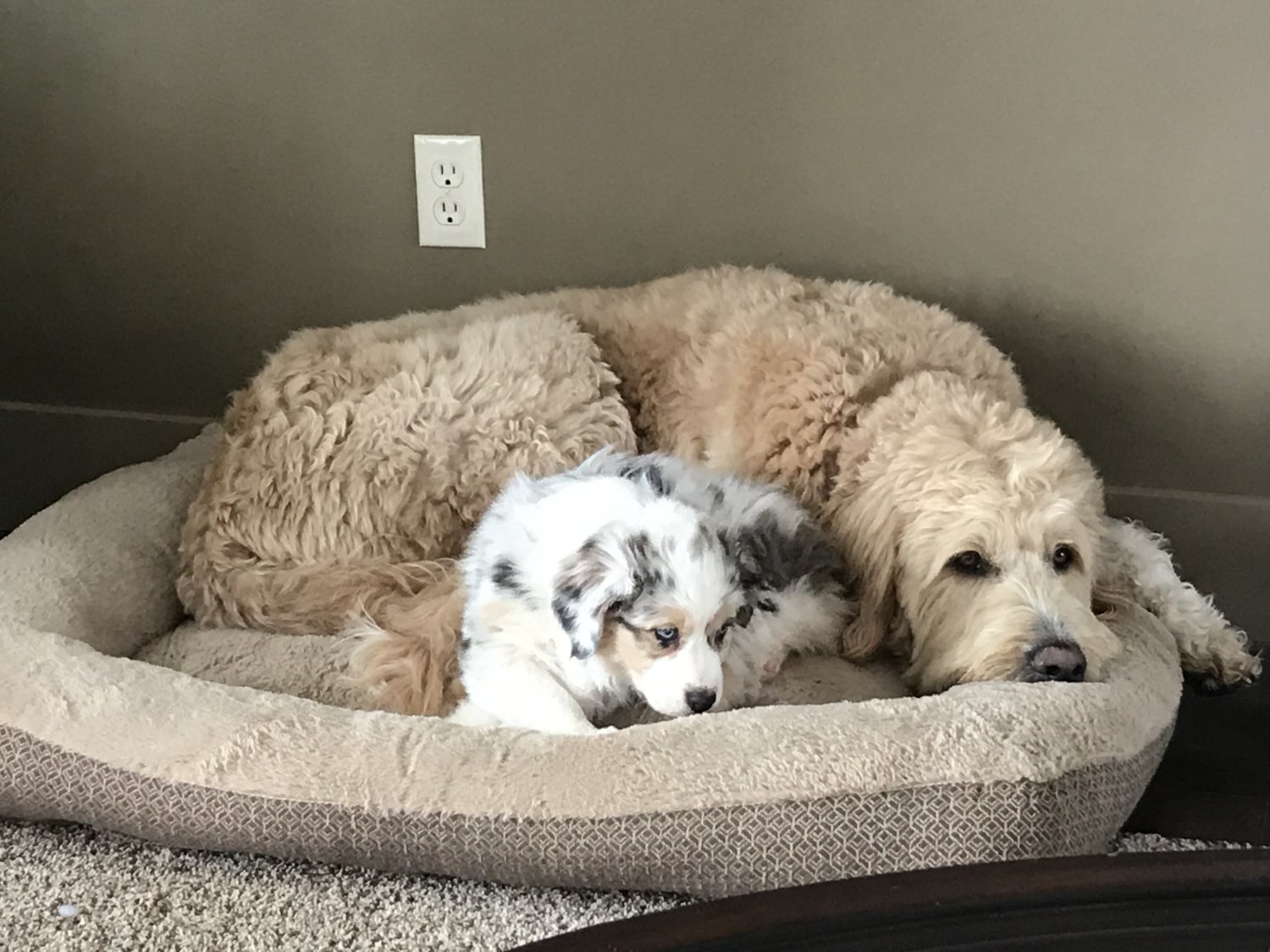 I have two Great Pyrenees, I don't want any more. They require a lot of grooming. Also have 2 Anatolians. I like them a lot better.

Got any pictures of your Pyredoodle?
G

I edited it above.
G 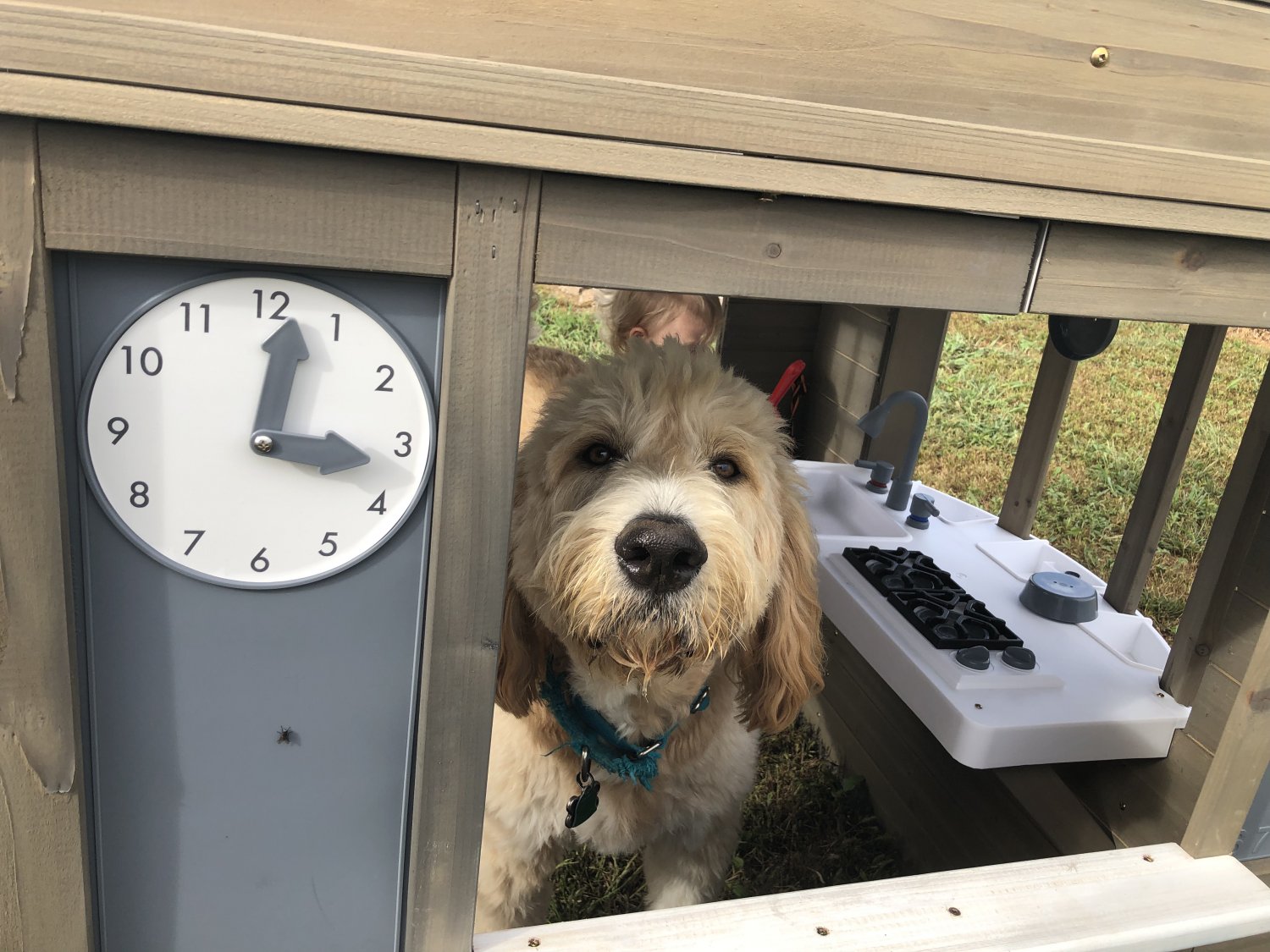 He is a handsome boy.
F

In a couple of days once Cheerios gets his legs under him, it will be so much fun to watch them start to run and chase each other. The orphan calf from my son's heifer that prolapsed then died, that is on my oh so wonderful nurse cow, and the calf that we convinced the other first calf heifer of mine to take that we are not sure was hers but no one else claimed, are a couple weeks old now, and it is a riot to watch them get up and all of a sudden go charging pell mell across the small lot they are in. DS opened the gate into another small lot to let them eat and so they were running around then through the opening into the old lot and back like they were in the Kentucky Derby... I sat and just laughed at them.
G