We have more weeds here than grass, so I certainly feel for ya....

Rain all done. It was heavy and brief. I hope that's enough. We keep getting fires in town. They burned down the only "high density" (low income, subsidized) apartment complex allowed in town a few weeks ago and several "brush" fires occurred in random places. The result was a lot of cleared brush and 9 families with small children homeless, so yes, rain is good.

The last two mornings after milking I've been working goat feet since I've neglected them for the past...3 months or so. Tiny feet can be a pain. I've come to the conclusion that I've bred some dang nice dwarf goats. My home bred dwarfs and the Ava line are two to three snip per foot animals and did not require reshaping for have rot or goofy hooves except for Sugar who has one toe on her rear foot shorter than the other for some reason since birth. All her other feet were outstanding. I did Ava's three, and the two windfall tiny nigerians in about 20 minutes with the two windfalls taking the longest. Ava's girls have nice long level backs, and very straight, correct legs. Rumps...eh, Buckeye wasn't an improvement on mom's outstanding long, level rump. This year's buck over Ava should be better. They are all very small and of course they have Ava's attitude (Buckeye ALSO has a bad attitude, but more buckish). If you offend them, they hang onto the grudge, and sneak up and bite you later. It sure makes things lively-little snots. Patrick's bucklings with Ava were better natured despite being male. I have more hope for that cross. Ava's doelings will be evaluated on udder quality and all around everything at freshening. Does in milk sell well, as do little babies. I had listed them, but they're not Tiny Angels, Sugar moon, Promised Land, or Old Mountain Farm, which is where the fad is here lately, so nobody bit. Also, with their attitudes, the pictures were lousy and I didn't shave because of the thick deer flies.

I will need to work more on the lamancha feet. They could be a lot worse, but I prefer better. So far I've done Emmy, who has feet I do not like, but she gets by, and Saffron, who's rear feet have been warping a bit because of the way she stands with her massive udder.

Milk production is down to a gallon and a half in morning down from two gallons and a quart that it had been, so fall is coming. I've been milking once a day and letting the babies grow on the rest, so that's what we get except for Ava's 2-3 cups at night, which is always topped with a cap of cream by morning (I drink that, nobody else likes rich milk).

My plan is to breed in September and have January-February kids to get a jump on the coccidia. This year I had to treat. Maybe next year will be better. Plus, I might be able to make some ethnic holidays better with the extra males.

rachels.haven said:
so fall is coming
Click to expand...

I have not even half started my summer stuff nor finished my spring stuff yet!!!

Oh no. Pekins lay eggs. Poopy little eggs randomly in the yard. Looks like we're in the duck egg business again. No pictures. It was unflattering. Bantam pekin sized. I wonder if these taste fishy like our khaki eggs did.
Mr. Teddy has at least one broody hen. I wonder if she'd like to raise us some pekin ducklings when the egg size and shells normalize?

Btw: We've have muscovy eggs, but I'm letting those build up in nests for a hostile takeover now. I want to make some beef duck jerky and we use duck like beef in cooking and I'm almost out of extra pekin drake. Muscovy eggs are like better goose eggs. Very thick and big without the I ONLY EAT GRASS flavor.

We have gotten a few showers here the past few days, not a lot, but enough to settle the dust and cool things off a bit. Amazing how rain greens up a pasture.

Rachel this is why I wanted to clip the chickens wings permantly that alo g with the death of my lettuce, several zucchini and a few other plants.

Grr. That's one of my pet peeves. I hate it when they eat MY garden. I about wrung some silkies necks when they picked off every green bud from my little fig tree and started on the bark.. I fixed it, and I controlled my temper. 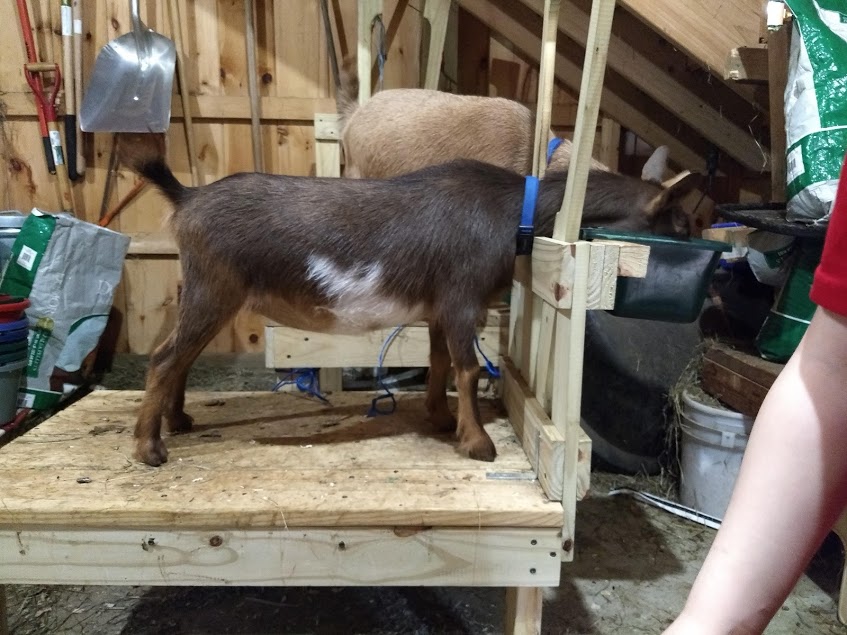 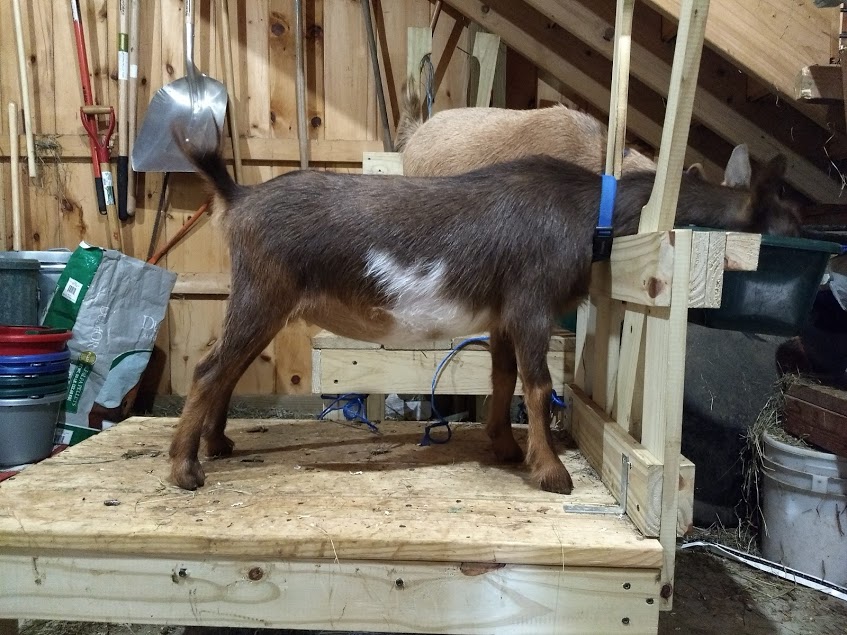 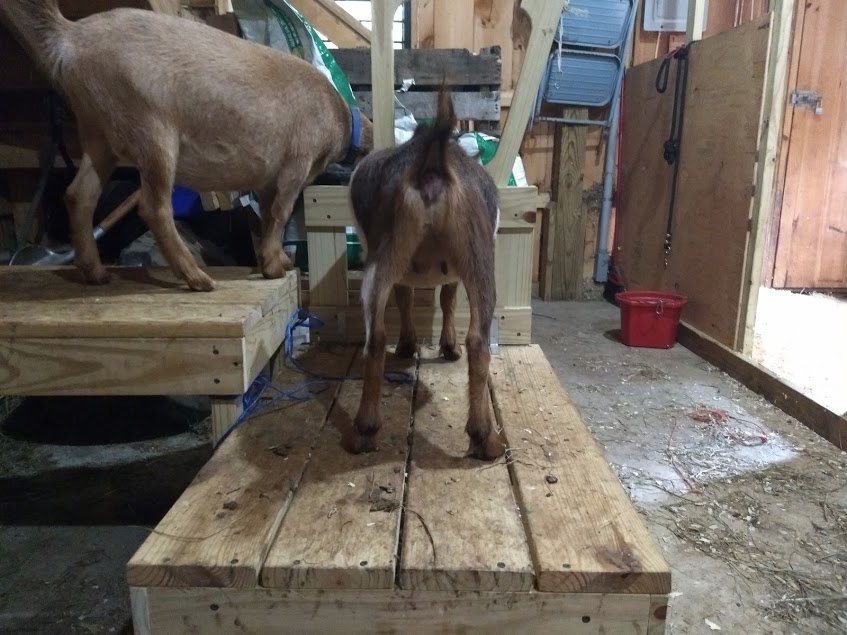 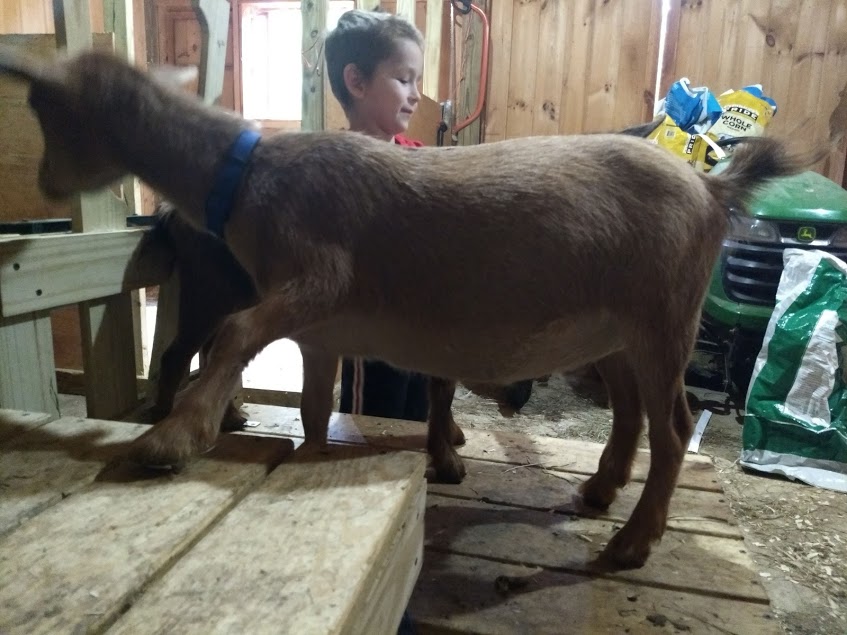 Here are the two windfall goats I got when quarantine started. They've gone from 35 pounds and 16" and 38 pounds and 18" to 42 pounds and 19" and 50 pounds and OVER 19" (goat measuring issues). Drawback is I don't think the lady who sold them is interested in registering the goats she sold me at a discount anymore now that they're turning out nice and worth it even though she said she would (lol, said). They are very nice and have a lovely pedigree, but if I can't get them registered I'm going to have to sell them eventually. But who knows? Maybe she will. I offered to pay registration fees and $50 for the 30 minutes tops it takes to do the registration. I hope she does. They don't have great feet or good parasite resistance, but they should have great udders and they are built very nicely. Also, their temperaments are lovely-almost as nice as the standard goats. I'd enjoy having this line.
Last edited: Jun 27, 2020
You must log in or register to reply here.
Share:
Reddit Pinterest Tumblr WhatsApp Email Link