If they have a signed contract, the house should be yours. It's a lot harder to back out of a sale as the seller than the buyer. You would have legal grounds to go after them if they tried to sell to someone else after accepting your offer and signing the contract. Your realtor should be able to get you more info.

I'm back off wheat after reacting one day pretty badly (lol, knew that was coming).
Pest inspection on house went okay.
Waiting on home inspection.
Setting up goat/cat and dog sitters so we can go set up stall pens in the pole barn in preparation for getting goats shipped. Harder than you think when you live in flake-ville and aren't an insider with connections and I moved away from my last goat sitter.
Giving away the ducks.
It's almost time to start tidying and dumpstering things we don't want moved.

Sometimes you just have to take a picture of the baby on his little, little legs clad in nothing but his diaper underwear, helping you not do dishes. 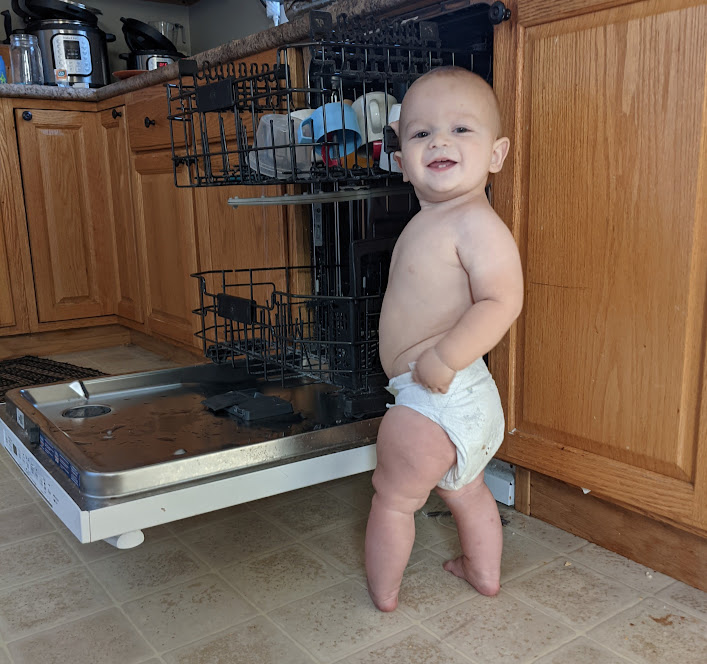 I don't have more animal pictures. I'm a little short on free time right now. Pictures make the world go round here though. 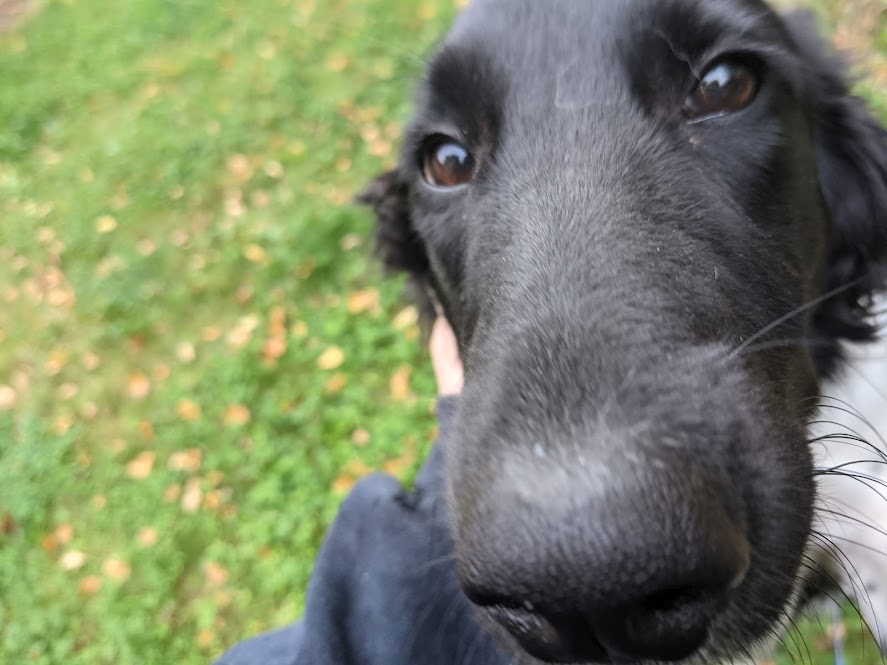 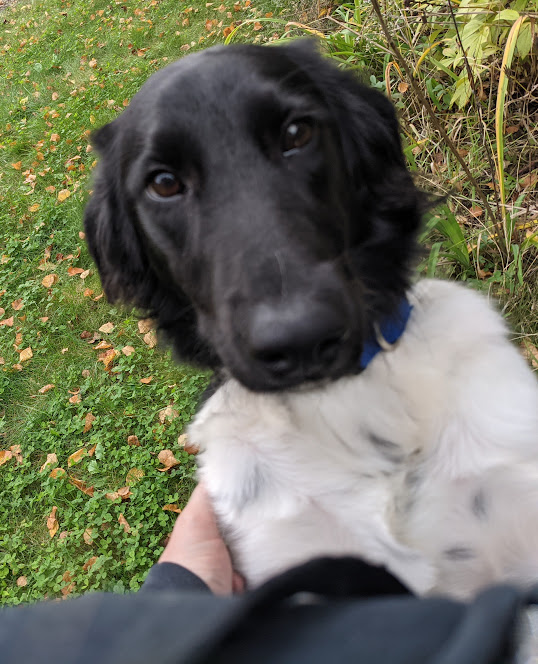 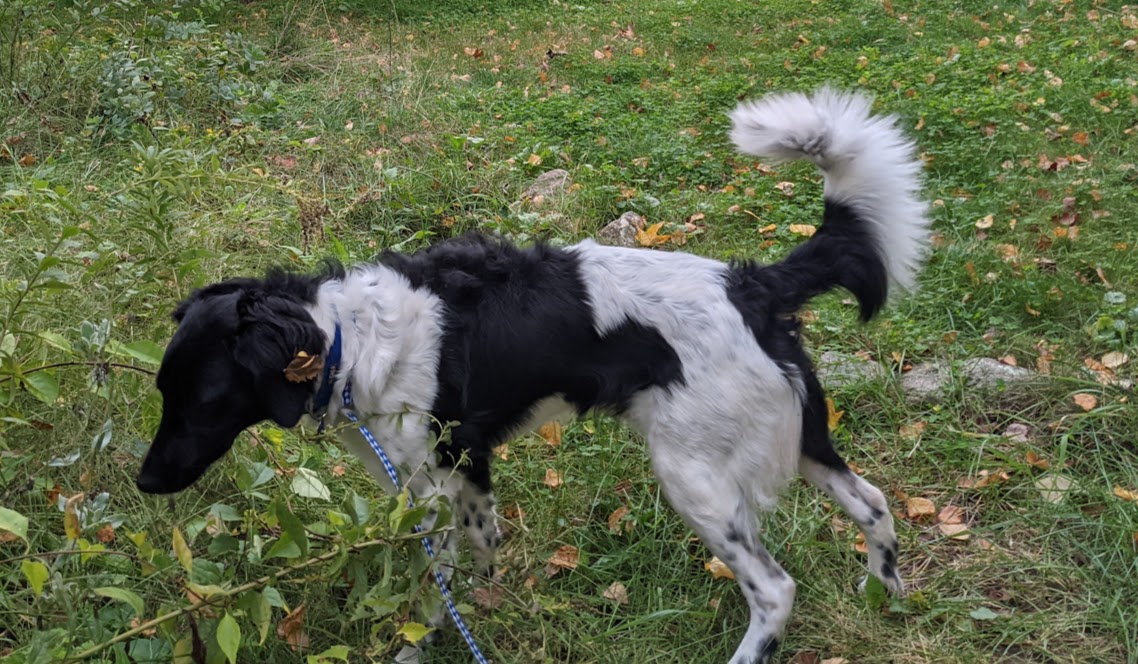 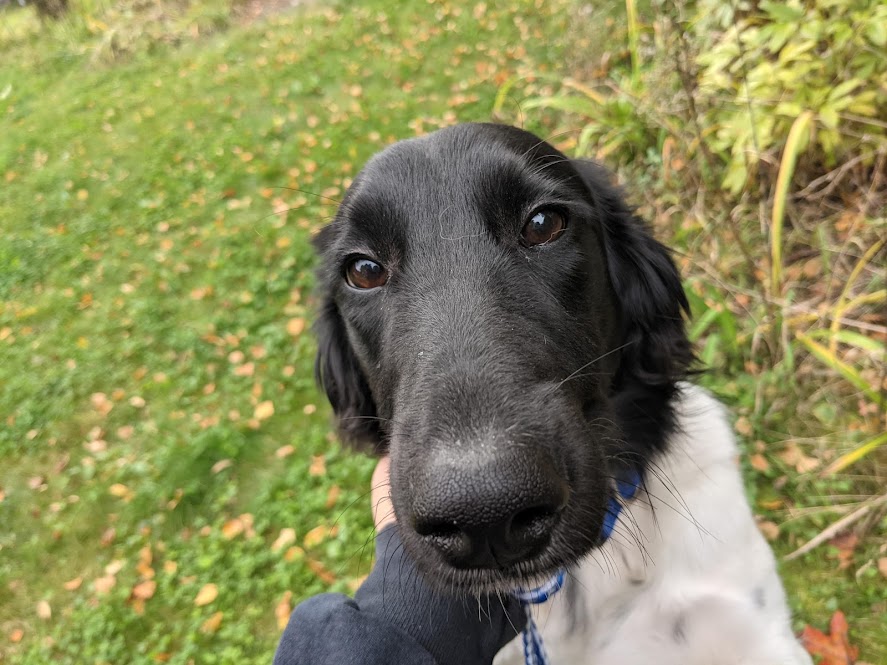 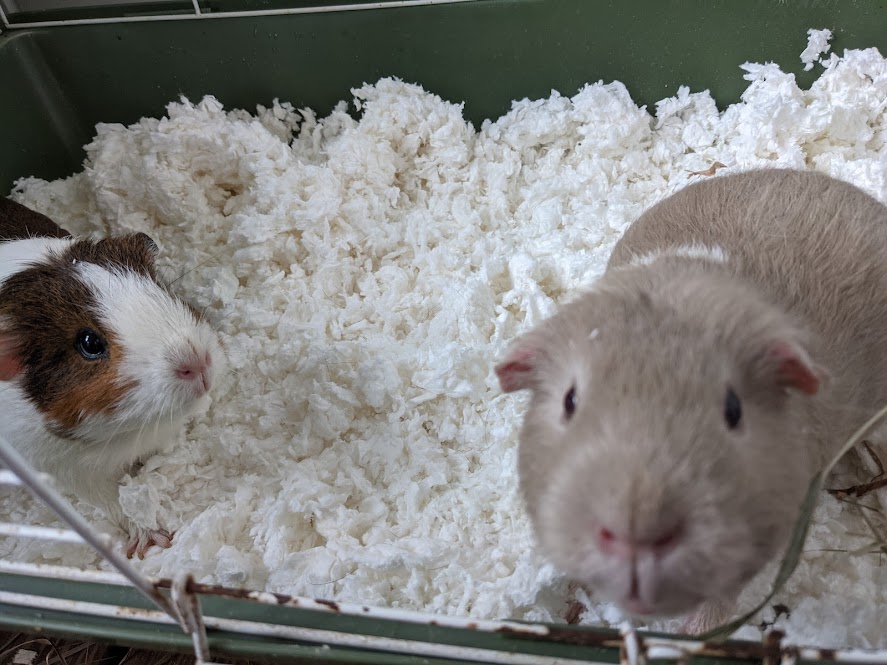 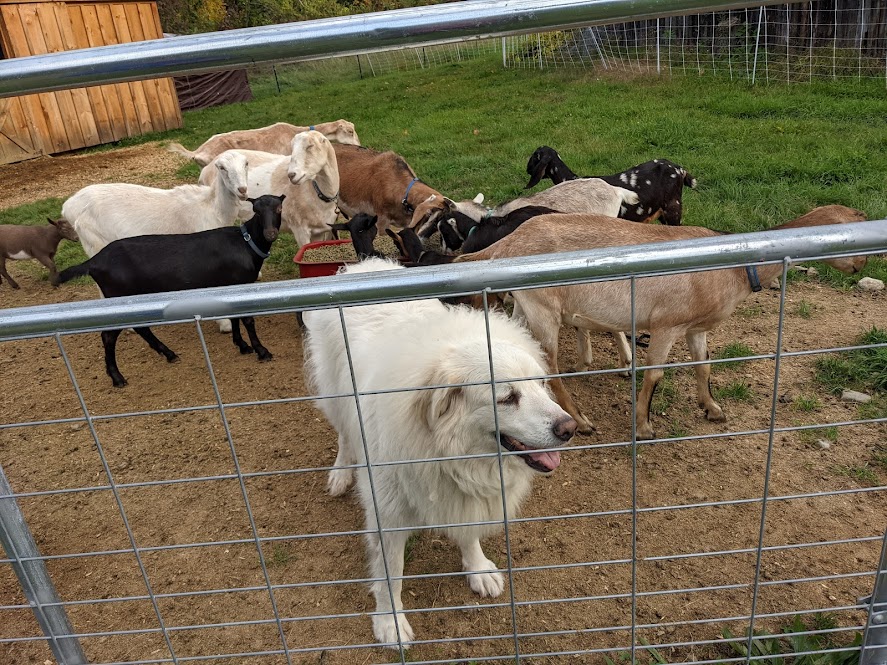 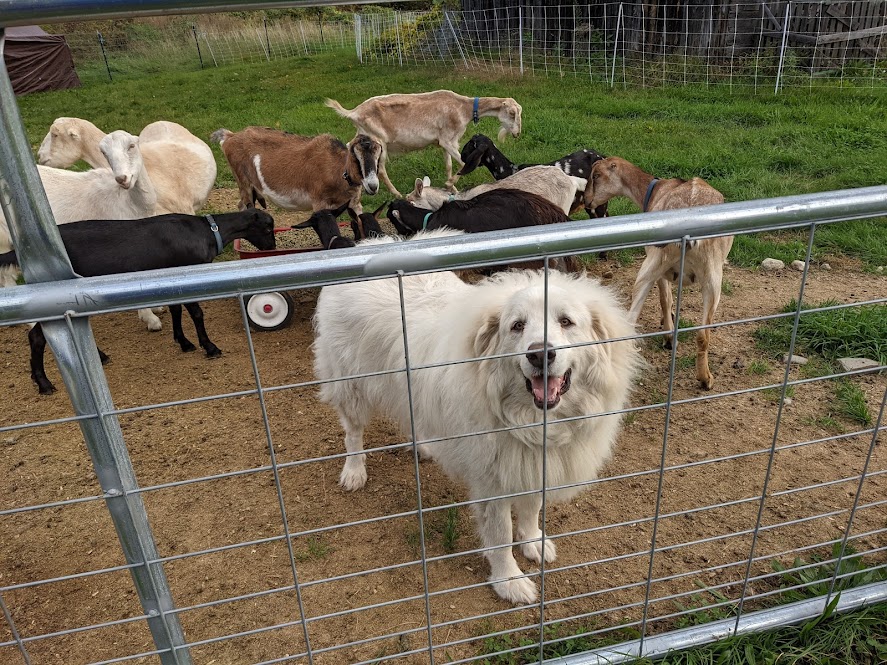 I feel the need to explain the thin goats. I've been here too long.
The fawn doe in the back of the last picture is Emi. She's still nursing her February doeling (front right, rear to camera), not milking for us. Emi's a bit of a pet and is super sweet , but she does not appear to be able to support even that kind of milking and herself, so it's my plan to either never breed Emi again, or if her daughter is super nice and doesn't have the same issues (bad feet, cone teats, inability to maintain weight while milking) to pull all kids so I can better end her lactations. Emi is always thin. She is two but looks going on 15. It's more likely I'll just never breed her again.

The broken chami is Little Orchard CD Lacey (center). She is 4. She was giving 2 gallons/day on once daily milking and as far as I can tell she's always put absolutely everything she has in the bucket and absolutely refused to reduce. She is four. I don't know if she's ever been given time off or a dry year, but she's getting one this year unless she bulks up. I finally got her to dry off-that was HARD, and she is just starting to pick up weight. She looked super thin when I got her and is just starting to look normal-ribs going away and tummy starting.

I can't wait to get to Tennessee so I can stuff these dears with soft, rich hay. Alfalfa is available there.

Edit: Inspection came in and we're going for it. Goat moving day is November 10th. Closing date will probably be October 29th. Time to get crazy.
Last edited: Oct 12, 2021

I have a ewe that puts everything in her milk bag for her lambs. I give her whole corn by hand because the other ewes would eat it all. As it is, they will take me down, so I call Ewenique to the cow panel part of the fence and give her corn until the others push her away. She knows the routine and we just move down the cow panel. She sticks her head through the holes and gobbles the corn as fast as she can. the corn helps her maintain weight.

I am excited for y'alls move. I am relieved that y'all are finally getting away from flake-ville and moving to Tennessee.

Y'all are going to be so much happier. That's a pretty cute dishwasher you got there.

OMG your little "not dishwasher" is an adorable little CHUNK..... LOVE his grin....

So glad that you are getting out of the IDIOT state of Ma...... not even flake-ville describes it ......
I so hope that you really like Tn.... at least it is a more sensible state for farming.... and closer to family.... that will be great for the kids too.

Pictures of the new house once it is yours????

I might be able to come visit sometime... and get some violets even..... Once I get my new "bionic" knees, I want to do some things like meet and visit with some of the members on here... maybe some kind of get together of some sort...
At least you ought to be able to find some "farm sitters" there; ones that understand animals..... and know what being a neighbor is all about.....
AND.....a place that you don't have to worry about shooting predators and other varmints... or the dog doing her job and barking....

I am so glad for you.... and I am hoping that the job move will help your DH and stress levels and that might contribute to his eyesight not deteriorating as fast because we all know that stress can do so much "harm" to the body in everyway.... And hoping that some other "flake" will buy the Mass house quickly while there is still a decent market...

Last week if work for DH. He's rebecoming himself again as he shrugs off the rocks they've been piling on. Someone even tried to pull the "you HAVE to get this working before you go" trick. Nope. They mucked up and neglected that team of contractors' project up enough for themselves then handed it to their overloaded emergency engineer for life support and emergency repairs and now it's their own screwy long term mess and not this super programmer's problem. The kicker is they're hiring *another team if contractors* to replace my one DH. They're not going to be able to replace him unless they hire at least 4 GOOD senior programmer's, and nobody good wants to come into this toxic workplace, imagine that.
A realtor came. Vet appts scheduled. Favorite goat transporter I've used before booked and paid for. Guinea pigs rehomed. Farm sitter arranged. Ducks have a home to go to.
We are going down after close to put up pens/stalls in the barn and get ready. Then we will come back here for 4 days as the movers and animal transporter comes. House dogs and cats go with us in the van. Bailey gets to go with her herd. My parents will receive them if needed. Making calls to book the human movers (relocation company hires them, but we do the leg work).

Amusingly enough my brief stint eating normally and not avoiding wheat products has made me start losing hair from all the itching. It's thinner than it was. Guess I'd better ALWAYS follow the rules or everyone will know I have bad self control, lol.

I. Didn't. Get. To. Eat. A. Doughnut. Excuse me while I go eat ice cream or one of all the hundreds of other junk food options I've got while eyeing the other side of the fence like a goat. Boo hoo. First world dork problems.

Oh. And I found round bales of 2nd and 3rd cutting only a few minutes from the house that the guy says he can bring his tractor to unload.
You must log in or register to reply here.
Share:
Reddit Pinterest Tumblr WhatsApp Email Share Link