My whole body is getting a rude awakening!!!!

Gone to temporary part time, Drs orders. Hopefully in a few weeks, I'll build back up to full time.

Just sold the last of the boer kids today. This year was so weird with the goat sales. I sold the 4 nubians I wanted to much faster and easier than ever, and for good prices too. I usually have a harder time getting good prices for my registered nubians. The boers though... typically I have several serious inquiries, a few not so serious, and possible pending sales on all the dappled bucks within 2 weeks of posting them, both online and on posters in the feed stores. I had the most 'interest' in S**tbiscuit (formally known as Seabiscuit) black dappled buck that started out as a little s***, but ended up being the kissiest one of all this years boer kids, and yet, he was literally the last kid sold. He would stand at the fence, pawing at me until I would put my face close enough for a kiss!!!

So I had the one dad and daughter buy one goat kid and then come back 2 days later for a second one. Cool. Then I had a guy come for 2 adult does and one buck kid. Upsold him another so he left with 4. A few days later, he messaged me to ask who was still available. He came for 2 more buck kids and one more doe (that wasnt supposed to be for sale)... He left with 4 again. And he was trying to convince me to sell him more. I said that he must like the goats he got from me and he admitted that he did. I only had 2 buyers for all my boers this year. Insane!!! And they sold for fair prices, I wasnt discounting them steeply or anything either. Initially due to apparent lack of serious interest, I was thinking I might have been growing out and selling goat meat to family this fall. Good thing all my family would have gladly bought me out if I asked, but I was worried about the feed cost as well as the butcher and cut fees. I have the butcher coming out in a few weeks for the one I held over from last year to put in my own freezer, and that appointment took 3 months to get.

So now we have:
Boers: 5 does, 1 buck and 1 buck kid
Nubians: 4 does, 4 doe kids, 2 adult bucks (1 is for sale still but with a potential buyer if he can find more available in this area) and 1 buck kid
One old nigerian dwarf mascot Spellbound
One freezer bound boer
and that is it
Not gonna lie... I am really proud of myself for selling as many goats as I did. I really wanted to keep Kandys buck kid too, but I already had Hippo. I really did good selling enough to keep my herd size in check. In my opinion.

It is a hundred billion degrees every day here in the middle of hell, so we are trying to stay hunkered down inside during the middle of the day, only venturing out for work and food. It was 93 degrees in my bedroom half hour ago when I went in to turn on my window fan.

We had a small earthquake yesterday, enough to wake me from a short nap. No bigs though as we arent anywhere near fault lines.

Kittens name has been changed to FON (Fawn)..... short for...... Force Of Nature.... I'll give you one guess as to why.... LOL! She is definitely something else.... basically like OtterPop on crack, this girl can GO! She is following the older kittens trying to play, but they play too rough and she gets mad and turns to real fighting, but they dont let up. They are 3 times her size so I squirt them with water, they stop and walk away.... she follows and invites play again, and again, and again. I guess we just have to hang in until she is big enough to play as rough as the boys. She is learning to follow the big boys in to share meals from Karmas dish. It is really stinkin adorable to see toddler sister on big brothers heels. Like all baby sisters every where.

The few pics I have of her arent transferring from my phone. Ill try and get one for y'all soon though, promise.

Well, when you have goats, they multiply fast! 20 does and they mostly drop twins, you have over 50 real fast!!!

My own herd is well over 40 this month.

RDCL doing great, probably feeling like she needs to buy...

I forgot that I also sold 3 little girls to my dear friend. So the number sold this year is actually 8 boer kids, 4 nubian kids, 2 nubian adults and 3 boer adults. 17 total.

I mean.... not compared to when I raised nigerians. I ran an average herd of 32 on a normal basis. More than that caused me stress over maintenance so I did my best to keep it around that, no more than than 35 at the most.

Honestly, I am having a hard time not buying nubian buck kids. I DO actually need one, but I have a reservation on one from the breeder of Mirage. She offered me first choice of any other buck kid born this year, but I really love the dam so I opted to wait for next year.

I did find one with a pedigree that includes a particular breeder I have desired for awhile, one that I dont think is really breeding anymore since she went off to college. He is about 6 hours away though so..... I am trying not to buy him....... y'all will be the first to know if I succeed or not! LOL!
M

I'm searching for a Boer buck AND my Nubian guy is aging.....so I look at those, too! Then there's my adoration for Saanens. Anyone just count 3?

That also leads to more does being "needed". It's just goat math.

ragdollcatlady said:
I am trying not to buy him....... y'all will be the first to know if I succeed or not!
Click to expand...

I'm betting against you on this one RDCL

Bruce said:
I'm betting against you on this one RDCL
Click to expand...

Sooooo...... I have managed to refrain from inquiring about the buck I mentioned above. I do have a tab open and have kept checking him out. Love his pedigree.... like his looks, price is reasonable all things considered. But he does have frosted ears, not a deal breaker, but i prefer any other color. I really got burned out by all the frosted ears, muzzle and white polls on the nigis, once you had those, they seemed to be on everyone.

However..... I did not manage to refrain from seriously inquiring about a different buck though, Black mesa lines, 6M galaxy, and goldthwaite...... Better price, love the angularity of his rear legs, love the color, lotsa spots.... just 5 hours in the other direction, but she knows a transporter. She'll get back to me tomorrow if they might be able to make it up this way soon. 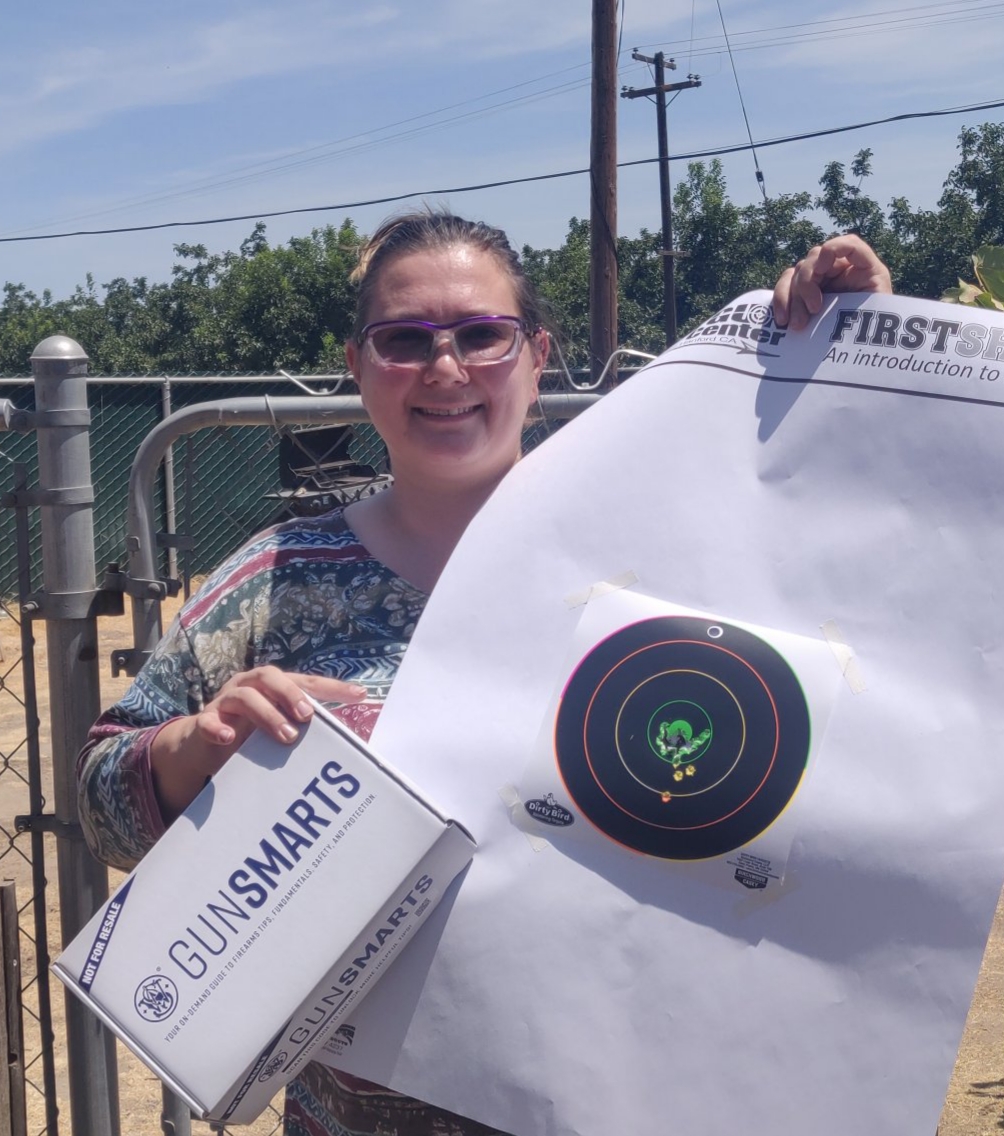 I took the First Shots class, never handled a gun before. I won the ear protection gear kit. I had fun and I'm super proud of myself!!!
You must log in or register to reply here.
Share:
Reddit Pinterest Tumblr WhatsApp Email Share Link