We have been members on BYH for awhile now and have posted pictures in several different threads about our home and progress (or lack of in some cases). So rather than bounce all over the place I'll post the remainder in this thread until we are actually there full time.

Our little 19 acres is in the beautiful foothills of Giles Country in southern Middle Tennessee abvout 15 miles north of the Alabama state line. We are due north of Huntsville, Alabama and due south of Nashville.

My wife Teresa and I have always had dreams of finishing life on a little farm but we were kind of slow to get started since we didn't get together until 6 years ago. We were both die hard never get married single people at the time but we soon saw that things change. I have been commuting between Charleston and Tennessee since we started the project but had originally planned to be fully retired over a year ago. That has slid to October of this year. The company made me a generous offer to stay with them till this project is over at the end of the year. They have been good to me for the 20 years that I have worked for them off and on in spite of quitting on them twice.

I was an Air Traffic Controller in my Navy career and after I retired from the military I became a contractor for a company that does system analysis for ATC systems. A little distance from our future plans but I grew up on a farm and want to wind down the same way.

Our place hasn't been part of a working farm but was originally built as a deer camp. There has been a bunch of "firsts" for us in doing the renovation but we are finally at the point where a few dedicated days will finish the interior.

I'm attaching a few pictures of the latest outside project which is an enclosed porch. The "before" picture is of the driveway before we excavated to divert water that became a small river during a storm and it all ran under the house. The retaining wall is 4' high at the far end but we had to move a couple of tons of rock before the wall and drive could be put in. At our age I wasn't even going to act like that was something I wanted to tackle so I hired that work done.

We have really been lucky with the network of people we made when we first moved in. The locals accepted us right away and we went to having no support to sometimes more than we need but they are super people. We have a contractor who will arrange to have things done for us or to provide a helper(s) if we are doing something on our own but want help. We don't push schedule so he uses us as a side job and makes it good for all of us dollar wise.

I have been a wood worker for many years and my wife is enjoying learning how to enjoy it also. I made most of the wooden items in our house and we just finished the base cabinets for one of our storage pantries.

Our long term plans are to raise sheep for our own consumption and sales along with a couple of dairy goats. They weren't in our original plans but all the enablers on BYH has not so subtly convined us they need to be a part of our place.

I'll quit being windy and post the pictures - the ugly shed on the side of the house held all of the water filtering stuff that didn't work and was about ready to fall down on it's own. It wasn't attached to the house so I put some cable around it and pulled
it over with my truck.

The plan was to retain the metal roof that was on the house when we bought it but that plan didn't last long. We knew we were going to enclose the porch and bought enough shingles to do the add-on. 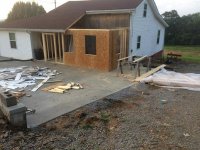 Nice to see you working on a dream! I'll be watching the progress

It's been awhile since I updated but some progress has been made. I'm posting some more before and afters of the room that made me ask myself WHY DID YOU BUY THIS PLACE more than a few times. I'm not going to get windy since the pics pretty much tell the story.

My wife had to get pretty creative with the lighting. There was originally one light fixture in the center of the room and 16' ceilings so it was always dark in there.

We were able to spend all of last week working and built 5 over sized oak cabinets to go in the loft which will be all of our food processing and canning supplies. We also were able to hang the two new exterior doors and get them painted.

The weather hasn't been cooperating at all on the shop build as they were scheduled to start a month ago. It should go pretty fast now that all of the materials and equipment are on site. I'm going to run water down to it from the well but won't bother till the construction is done. We are also having to have another power pole and meter set since joining with the house isn't something we want to do.

The shop will be 32' x 42' and will have 12' of open shelter on each end. One end for equipment storage and the other will be our lambing shelter until we get one built down in the main pasture.

A couple of these were posted before but not in the journal. Note the bathroom door with the vinyl door next to the stove location in the "before" picture. That was one of the 1st things to get changed.

We just got running water into the house a couple of months ago and we don't mind not having to carry buckets in from the well anymore. We built a knee wall for the stairs and put a squat water heater under that so the unusable room became our laundry room. 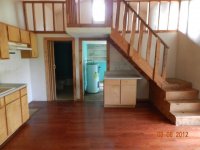 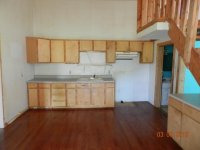 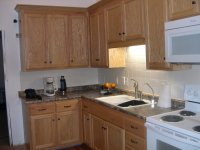 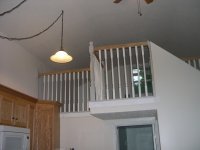 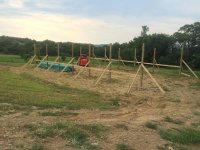 This is the state of the building as of yesterday. They are ordering the metal today so it shouldn't be long now. We are right at the end of our contract where I work and are having to jump through hoops to get our everything renewed so it might be several weeks before we can get home again.

Mike CHS said:
This is the state of the building as of yesterday. They are ordering the metal today so it shouldn't be long now. We are right at the end of our contract where I work and are having to jump through hoops to get our everything renewed so it might be several weeks before we can get home again.
Click to expand...

This is really turning out better than I had hoped. We are almost a year behind on our schedule of where we wanted to be at this point but now I'm getting antsy. Everything about our final move to Tennessee hinged on having a place to set up my workshop tools.

The house is done except for the flooring in one room but I think my wonderful bride would have drawn the line on having all of my sawdust makers in the living room.

I'm still having trouble deciding how to set up the fence from the building out in the pasture. The excavation for the shop pad created a fairly steep hill that joins the pasture with what will be "lawn". Once we get where we can let sheep on it I'm hoping it won't be a maintenance issue but I guess that can be the topic of another thread. 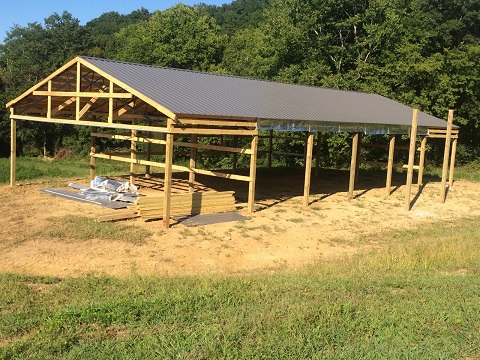 We our in the process of adding another member to our family. Our Aussie has been doing great in her training but we have some serious issues with her on the outrun. She can drive without any problem but her instinct seems to be driving rather than flanking. Those issues might go away over time but since we were planning on getting her some backup anyway we couldn't pass up on this Border Collie pup. He is 3 months old in this picture and we are looking forward to working with him. 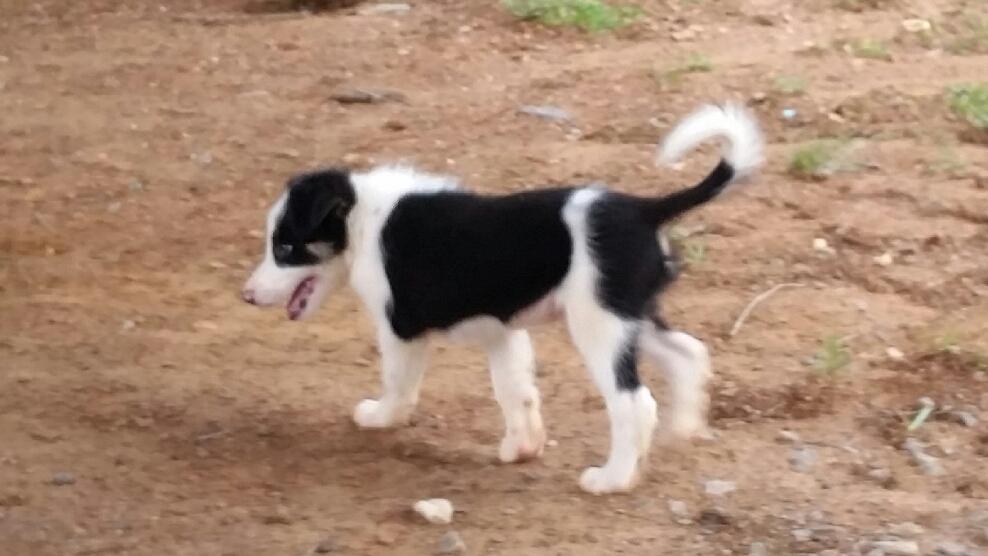 Looks like things are really coming along....and the 4-footed addition is precious!

We took the Aussie Sunday to do some training and took the pup with us to at least introduce him to sheep. We weren't paying a lot of attention to him but he evidently pigged (or should I say sheeped?) out on sheep poop. They sleep in the house but are confined to crates at night. That was a good thing since I wouldn't want what we found in the morning to be spread out over the house.
You must log in or register to reply here.
Share:
Reddit Pinterest Tumblr WhatsApp Email Share Link