I don't know, I think maybe they are too far gone!

But we’re having a blast!

We need pictures of the Calves please

Also I'd love to see more pictures of the piglets.. 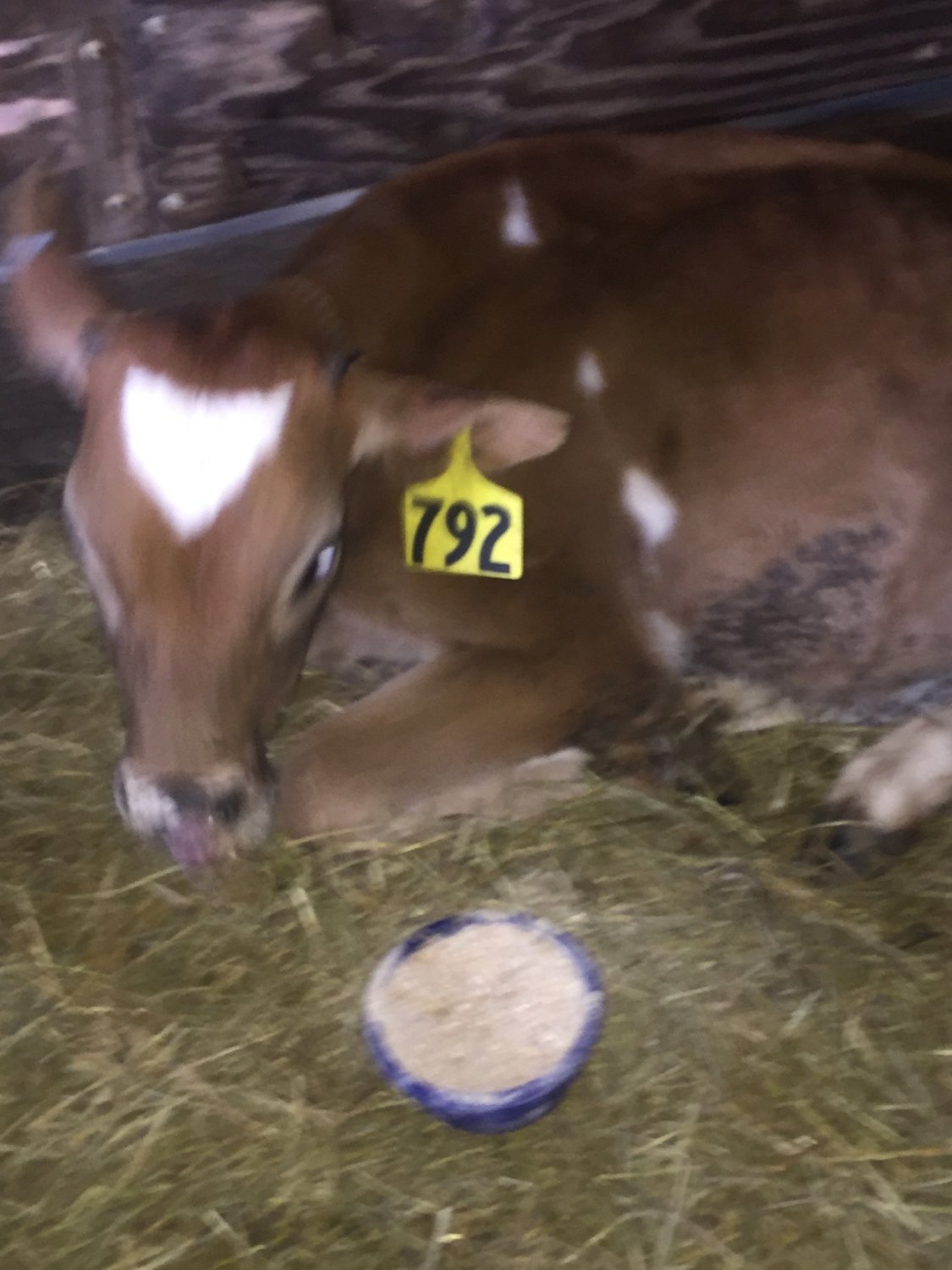 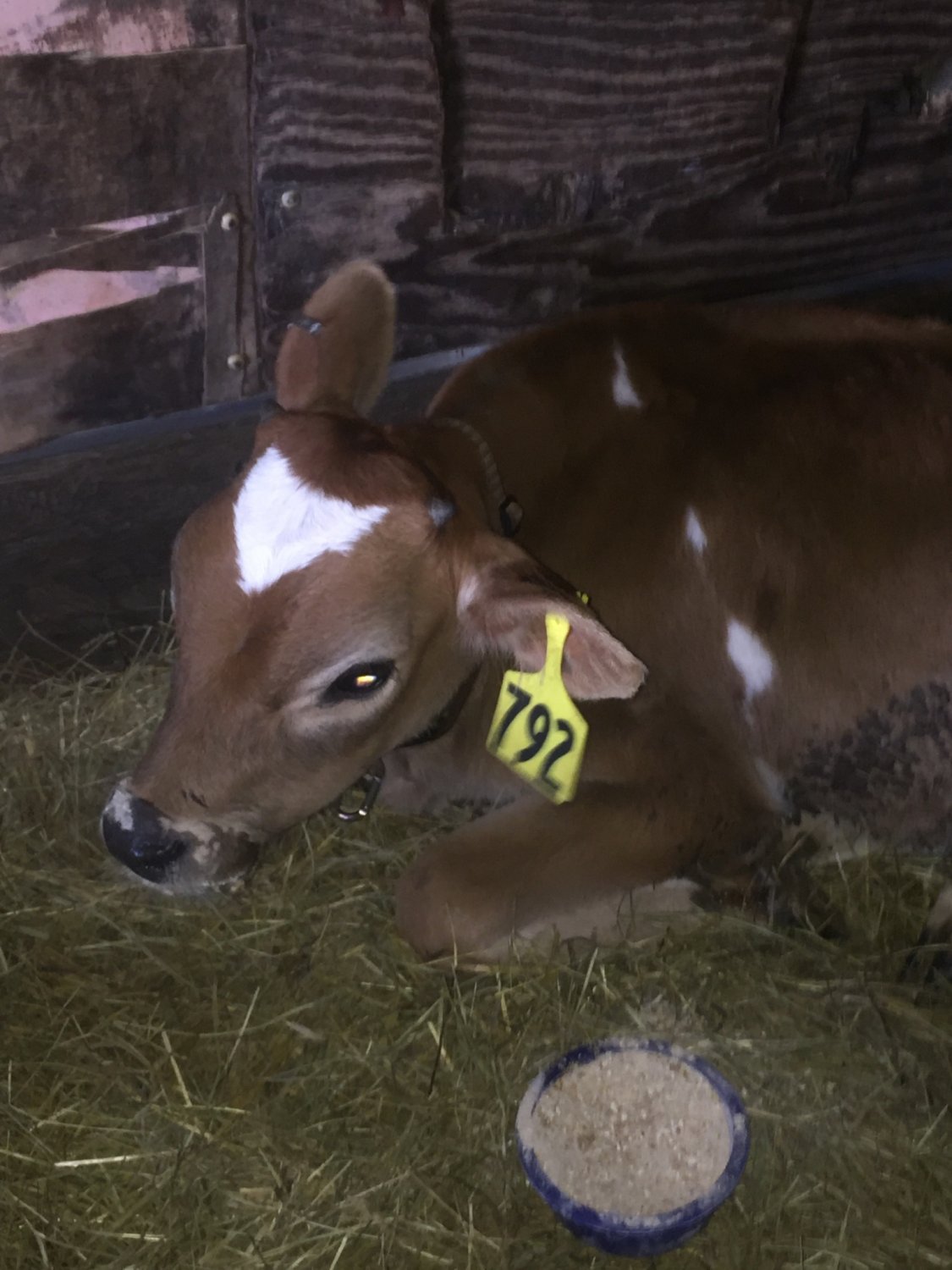 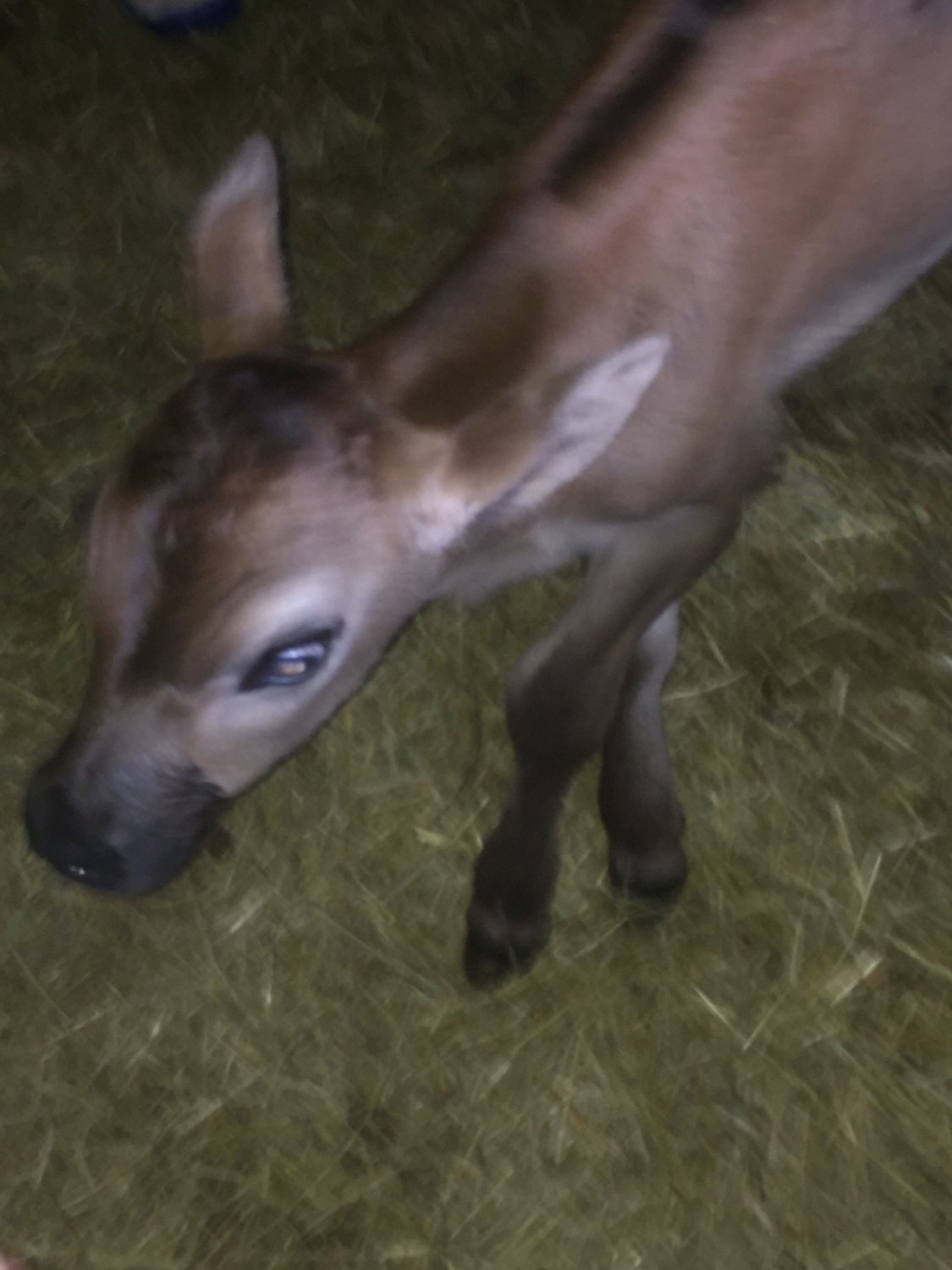 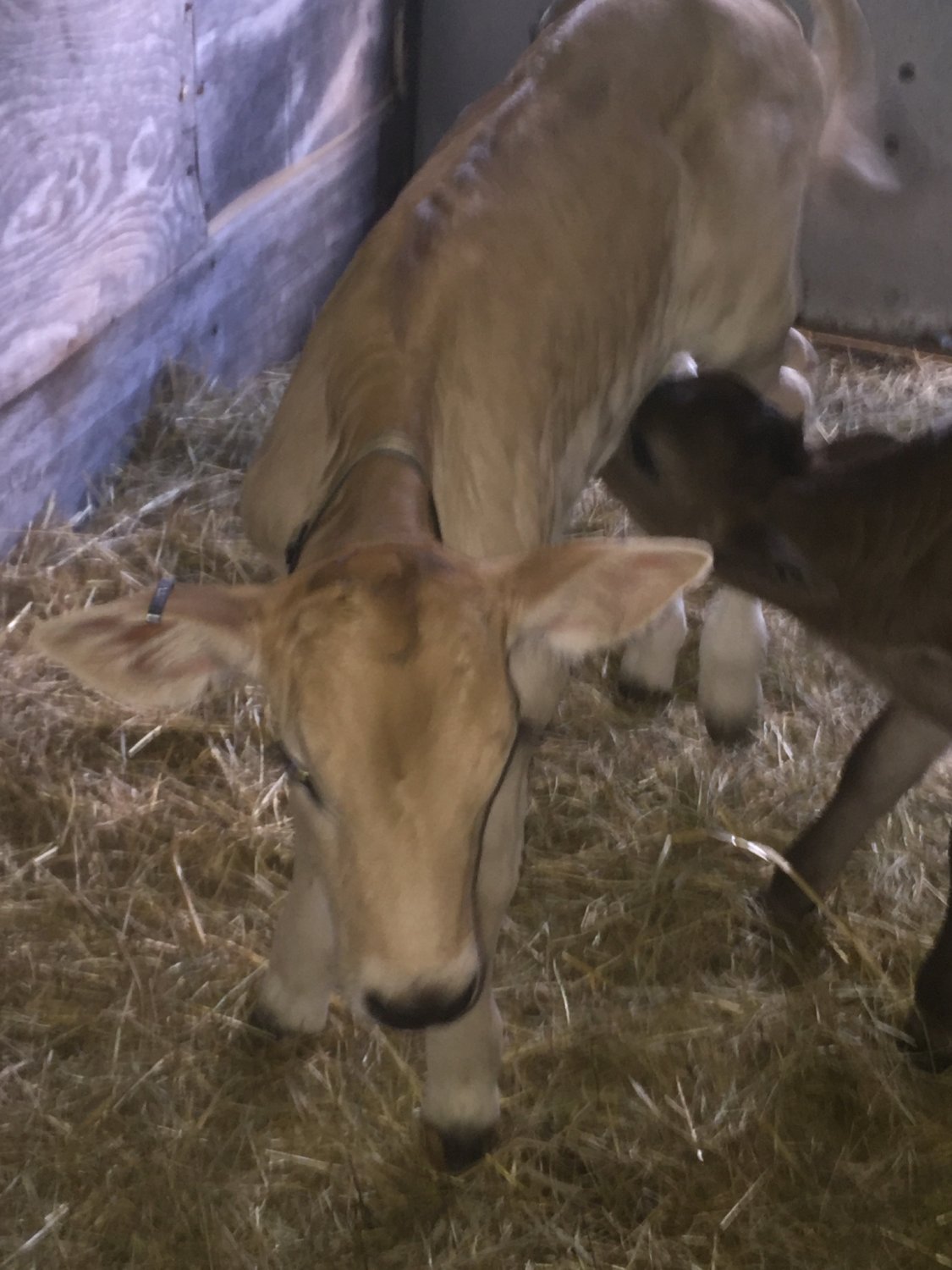 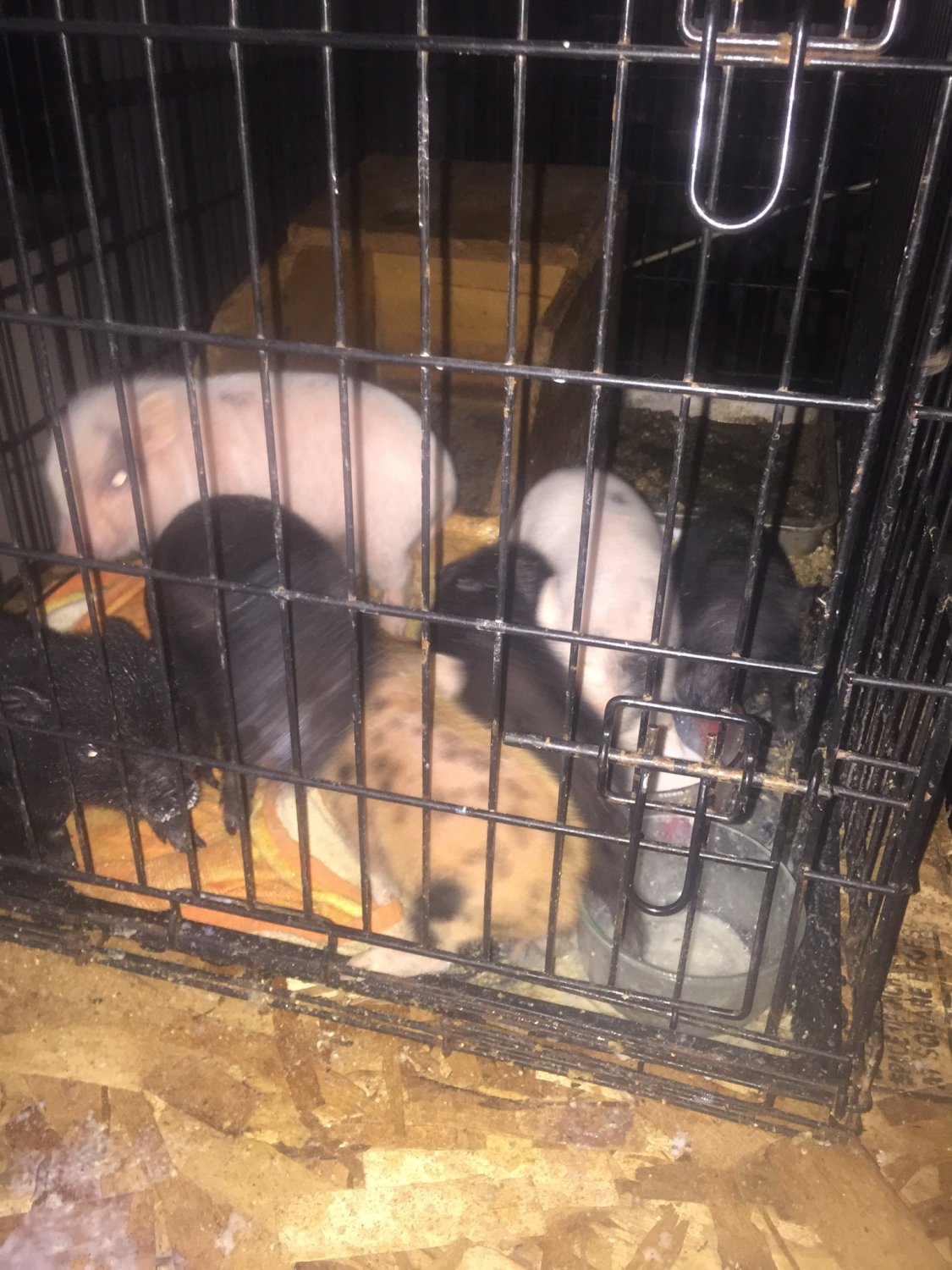 We cut the ear tag off last night, poor guy..but he’s a fast mover! The piglets leave this week

. They are sooo messy! Chris has to hose out the crates twice a day..he switches them between two crates...Feeds them one at a time...they are sooo much smaller than our first litter, guess it’s due to the genes? The parents are tiny! All the buyers are thrilled! I keep saying..there is NO GUARENTEE!

. Yes, the work load is upped, yes we are tired, sometimes edges, but when things go well...we are soooo happy! When I’m bottle feeding a calf, or syringe feeding a rabbit..or milking goats...it’s the payback for all the work! I did lose a precious harlequin lionhead today...enteritis. I beat that thing with all the others...but it snuck up on him. Of course he was mine...he showed no signs...no bloat...no goopy butt...etc. ugh! But the others are all doing great and that’s what counts! Chris got to go to the races tonight! He was sooo excited! I was sooo excited to have the house to myself!

Ive decided that I no longer want people taking “tours” of the farm. When they buy a rabbit, I meet them up the driveway..with that rabbit. When they pick up a piglet..same deal...I talked to Chris...seriously....about the animals and their health...after the calf..after losing two bunnies..I said the farm..is on..lockdown! Then the next day..our renters..who live on the property...asked if they could bring friends to see the animals...ugh!!! Soooooooo. I basically said that the rabbits were sick and couldn’t be gone near..the piglets were too fragile, the calves needed rest..it was raining, goats don’t like rain, etc.....later she texted and said never mind...ugh....she’s always hated me!

And, yes, those are tiny piglets in a rabbit nest box!

. Oh, not sure if I mentioned, Chris bought a new feeder pig? Named her Marie...my middle name

. She’s 422lbs! Wayyyy too big! He tried to get her butchered but the one guy is booked, the other doesn’t have his cooler running..$800/month. I said we should just buy one? Chris said yeah right..

. So, now he’s running all over buying chest freezers...and trying to figure out when going to have time to butcher a GIANT PIG? 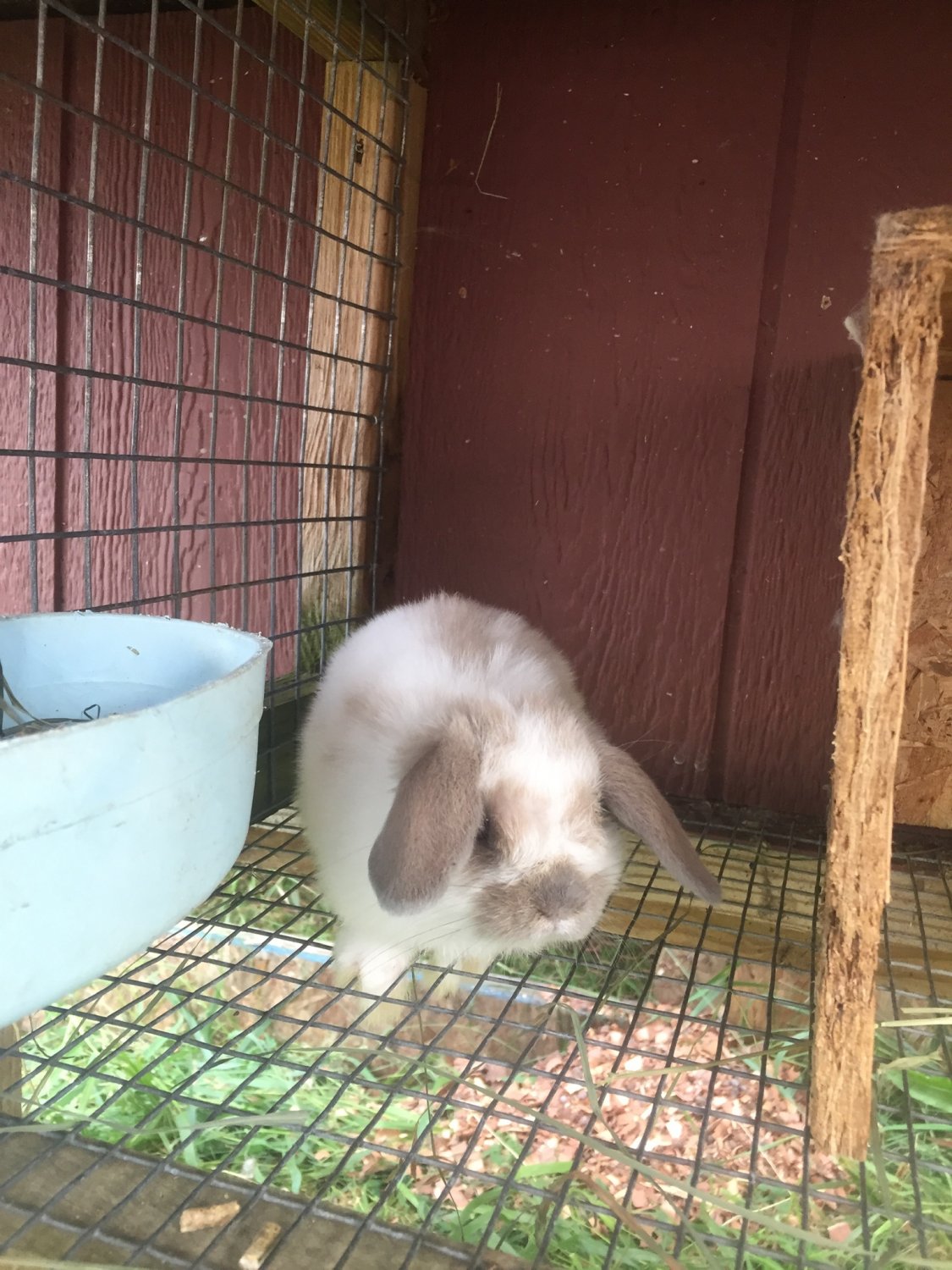 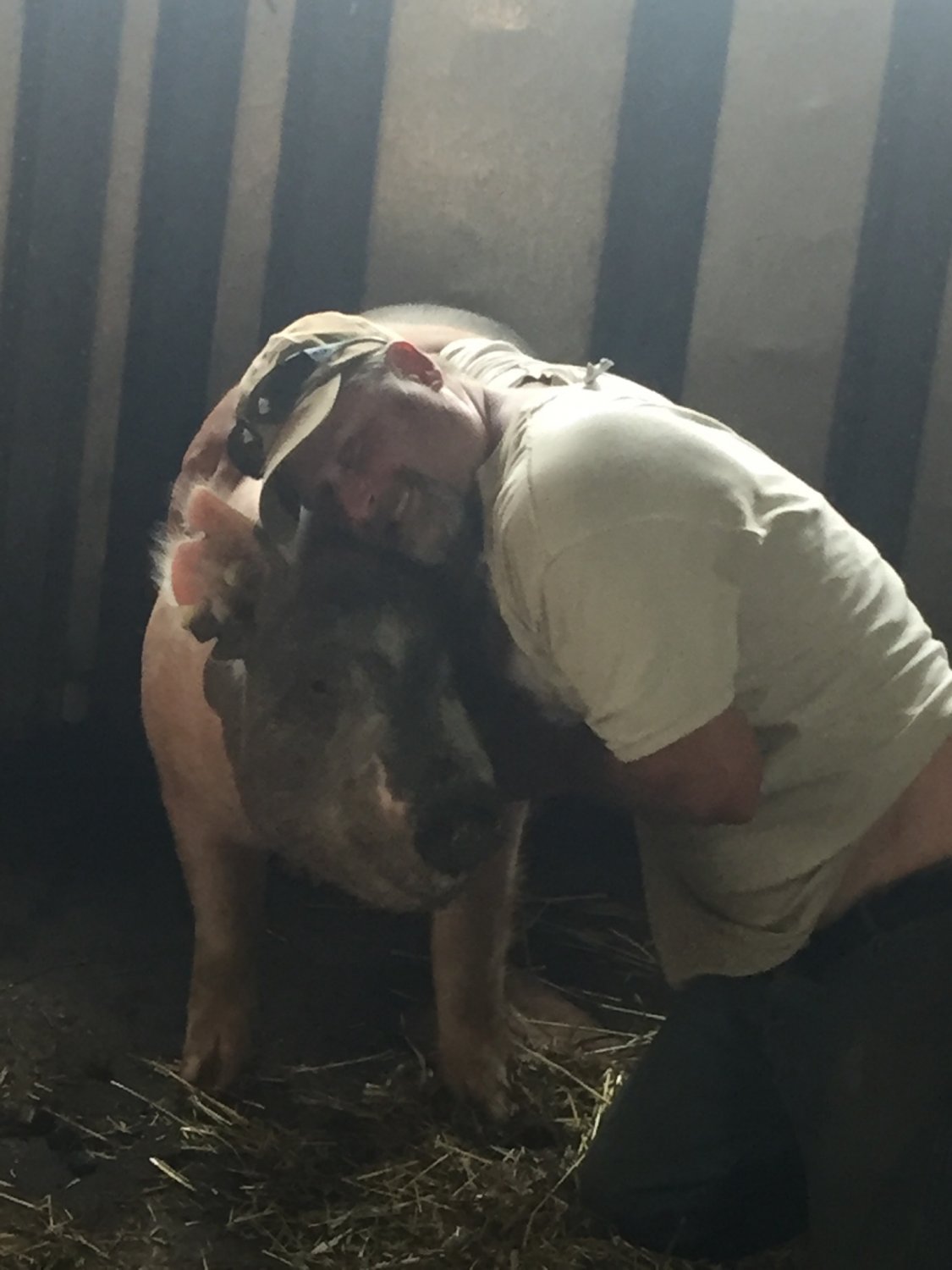 Thanks for sharing pictures today

shoot her in the head, raise up with the front end loader on a tractor, skin, gut, quarter, pack in ice and take in the house for processing. We had 3 one year and couldn't get a slaughter date, so we did it ourselves. It's in one of my feeder pig threads.

Okay I have to ask why is that piglet not eating the cheerios??

Jesusfreak101 said:
Okay I have to ask why is that piglet not eating the cheerios??
Click to expand...

Lol...that piglet, apparently doesn’t like the cheerios? But instead likes to be “bedazzled “...

. It’s one we sold last week...the kids line them up and see how long she’ll stay still

@Baymule ..yep, they did say at the auction, that her sister coul not be bred, but this girl is open...

. Our new Juliana mini pig boar really likes her..he can smell her over the barn fence...he gets rowdy!

. Chris thinks he should give him a ladder...

Just a little friendly advice, don't know what you paid for the 3 calves, hope it was not too high a price, but jerseys are a little trickier to start out feeding, because they normally can not handle a full 2 qt bottle at a time until they are several weeks old. Many times if bottle feeding, I will feed 3x a day and only feed 3 pts max at any one feeding and watch their manure for consistency at the beginning. They have smaller stomachs, and will do better on 3 pts a feeding but you have to make sure they are getting a good replacer with 20/20 all milk, fat/protein. Jerseys naturally produce more fat in their milk and the calves absolutely do better because they are eating a little less. If you feed too much milk right off, you can scour them easily. I like to raise jerseys on my nurse cows as they do good because the nurse cows are jersey and jersey crosses.

If she weighs 400 +, and is open, and they said her sister could not be bred, there is a very good chance she won't breed either. Waste of time and money because they eat too much at that size to justify the costs.
You must log in or register to reply here.
Share:
Reddit Pinterest Tumblr WhatsApp Email Share Link