@MiniSilkys yeah I've heard it's going to be a bad yeah for lice and mites since the winter was so warm and rainy. You can try python dust or cylence. The dust I've used before and it's safe for kids, I just dumped some into a .clean old sock and patted them down with it. 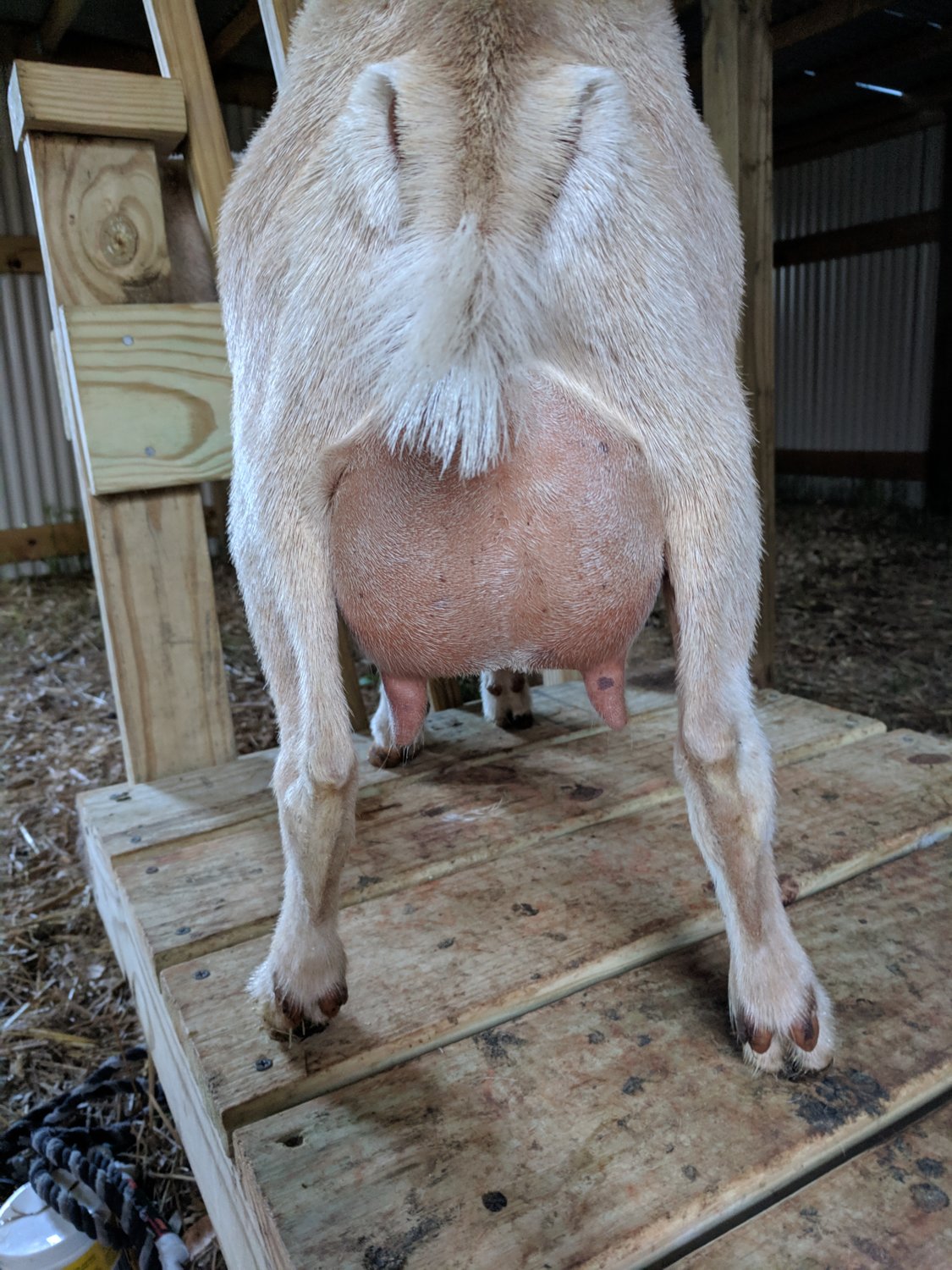 lillie^ gave about .8lbs of milk this morning (weighed the bucket first then subtracted from final weight) she is 8 weeks fresh Cami gave me just over 3 cups at 2 weeks fresh with a 12hour fill. Equivalent to 1.5lbs. I have to say I much prefer milking her this year over last. Last year it was almost impossible to milk her when she was full, (udder was hard teats were small) this year so far is a dream(!) to milk.Nice teats (two finger length presqueeze when milking they stretch out to almost palm length!)her udder was so much softer this year! Definitely not the prettiest of udders but she milks lol
Question though, I thought that a 7 year old does udder doesn't change? That it was kind of a "you have what you have" situation. Nice udder on Lillie! How many freshenings has she had?

@Green Acres Farm thanks! This is her first freshening! When we took her to a show last Saturday the judge commented on how nice her udder was and said it was he best in her age group, she would of been first if her legs were straighter would of went grand had it been... 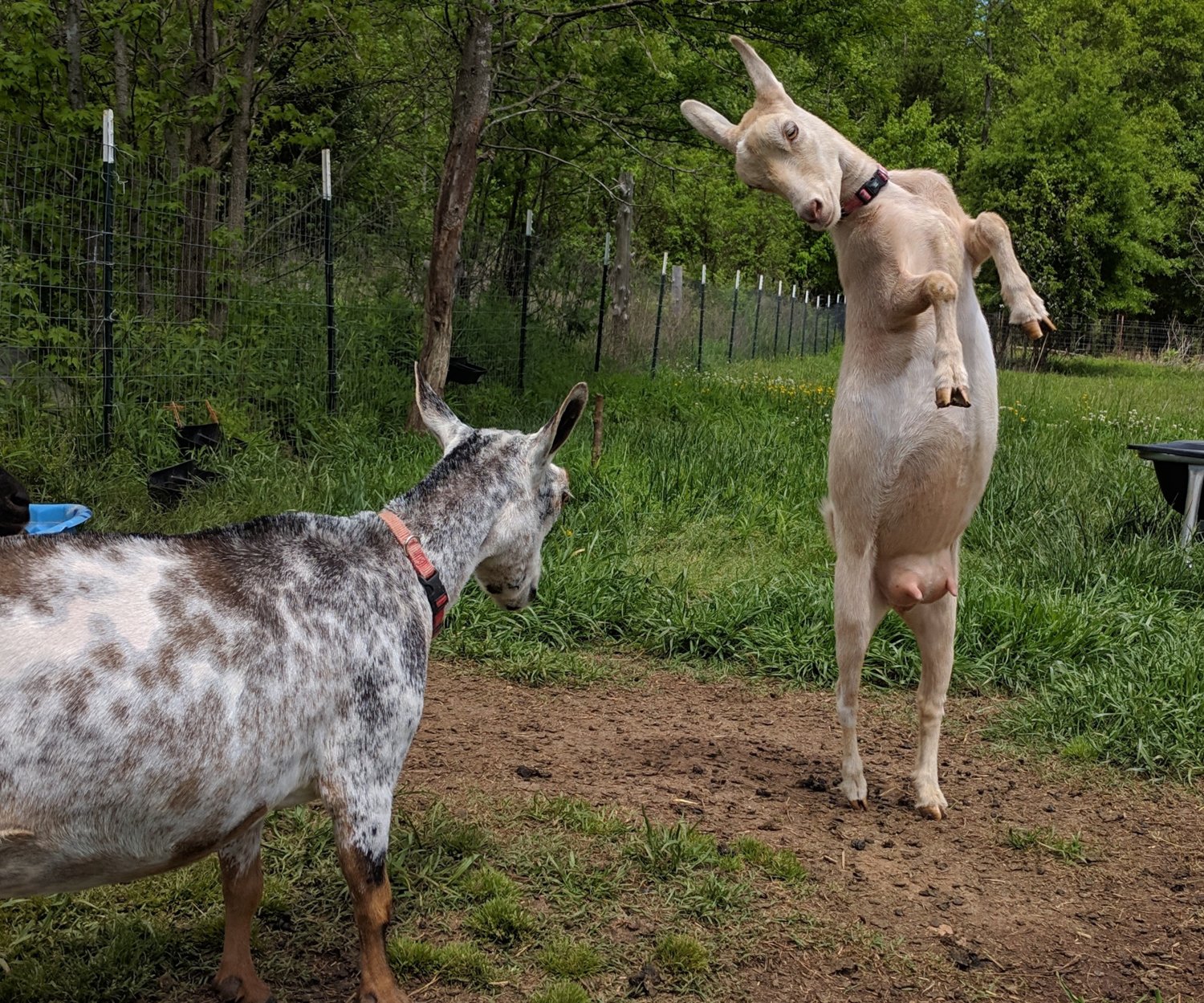 Yesterday was a sad day for Peanut. The day before I noticed her ligaments were beginning to soften. So late that night I went out to check her and she ran from me. My little rotten girl who always wants petting ran from me. I knew then that something was going on. So I finally got her into a stall. The next morning I went out to find a tiny dead doeling and another one hanging out of peanut but still in its bag. It was still warm so I broke it open but she had no heartbeat. Even today peanut just lays in the stall talking to the ground. When I drag her out and shut the door she just lays outside it. So I took the door off so she can at least get some light. I feel so sorry for her.

So sorry for you and Peanut

@B&B Happy goatsgoats, thank you. She is having a hard time dealing with it. When she heard the others kids talking, she starts screaming her head off. But she doesn't want them near her because they don't smell right.

Sorry to peanut and you @MiniSilkys .sorry it took awhile for me to get back to you, my co-workers and I went on an 8mile hike yesterday. We did one of the harder hikes in SC took 5hours 45 mins