It is sometimes amazing as to the changes that we make from our initial "plans and decisions" as the years go bye.........we have areas that will change....but, at the time, a "decision" was made and then the "flaws" are revealed and we wonder....what was I thinking??...glad ya have the opportunity to "improve" on your previous "decision"....

The trees were put in even before we had much done on the house renovation. What is garden beds now was originally intended to just be a terraced walkway to eliminate erosion on the slope. It turned out to have less rock than most of that area so we figured we could get 3 or 4 years out of them before the trees encroached on them but since they haven't bore fruit, the garden beds are now permanent.
F

Sad to say, but someone had better be doing something like that on the USA history as the idiots are trying to erase it all.....
Sounds like a good series.

farmerjan said:
Sad to say, but someone had better be doing something like that on the USA history as the idiots are trying to erase it all.....
Sounds like a good series.
Click to expand...

That is one of the reasons I mentioned it. I saw a lot of similarities to what is now going on here but it is also a different perspective of history that offers a different view over the usual documentaries.

Sad that those trees never bore fruit though I guess it is easier to pull them since they were slackers.

We have been spending some time with the garden beds so I thought a spring tour might be in order. The garden is starting to really yield fast right now since the weather has been perfect other than those late frosts. The okra in the small bed is putting on now but I didn't plant as much as usual since we still have so much left from last year.

The bare ground next to the beds in the next picture are where the two six year old fruit trees were that we took out Saturday. One of them had that Black Knot fungus and the other Teresa didn't like where it was so it came out also. I think I mentioned before that those "beds" were initially put in to be a walk way terrace and the ground between them would have been filled in. When we saw how few rocks were there we decided to use them for garden beds at least until the trees started to provide to much shade. There is pickling and slicing cucumber in the bed in front and green beans just planted in the other beds.

Melons and a variety of squash are in the next jungle like bed. Zucchini is supplying us and the neighbors and the winter squash is really taking off. There is also a bed of potatoes at the end of that bed that are close to being ready.

Something was getting our first planting of tomatoes so put in another dozen tomato plants in case I couldn't nurse the first ones back to health. I finally saw the culprit and started spraying them for a couple of days and the plants are recovering now and putting on a bunch of fruit. The first planting would have been enough for us to can for the year so now that we have twice that much, I guess we will be canning for the next year and we just won't grow as much next year. Of course I say that every season and never stick with it. 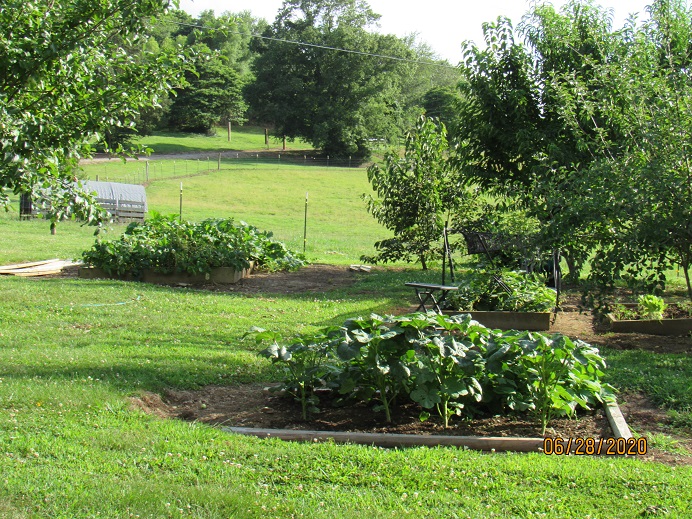 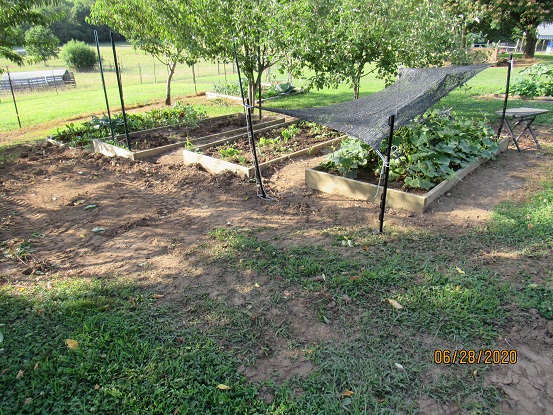 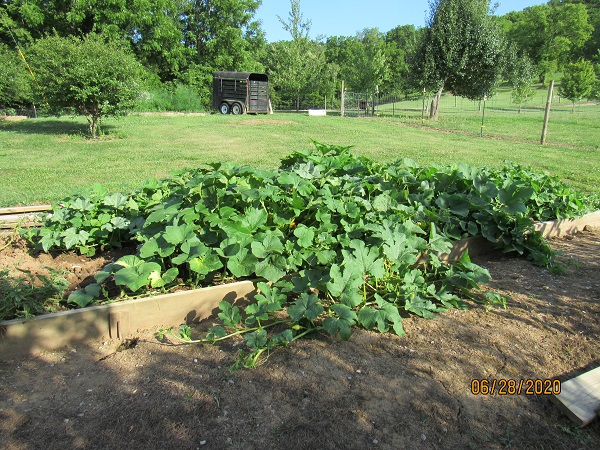 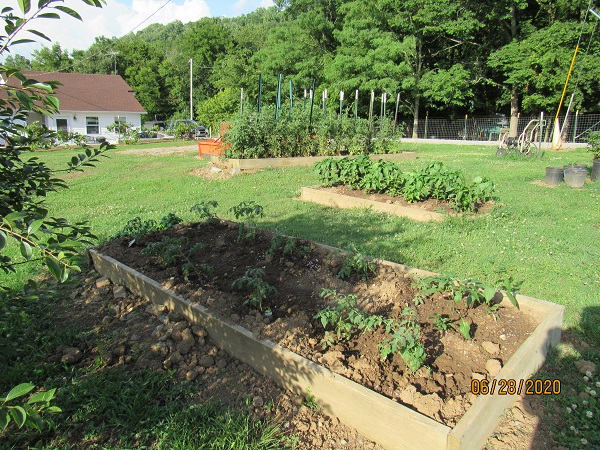 Rural life can't be beat but then you have some critter throw a wrench in perfection. I let Sassy and Lance out for the last time tonight before bedtime and they immediately went after what I thought was probably a rabbit. About the time they started rubbing their snouts in the grass, I saw the skunk wandering away. The cat was with the skunk so evidently they are buddies. Baths were had but the smell is still pervasive.

I know it really isn't funny, but it is surely one of those times ya chuckle, cause ya are sooo glad that ya ain't the one smellin' it.....

...sure hope it dissipates fairly quickly for ya....

Got a skunk that is living right here somewhere close and every night the d#@% thing lets loose and it stinks. Must be the cats bothering it outside. Glad that I don't have a dog right now to get into it.
You must log in or register to reply here.
Share:
Reddit Pinterest Tumblr WhatsApp Email Link