I got a new toy yesterday and just opened it. Look what I can do now for $30.
Here's a "canary feather" from the kids toy slide collection. 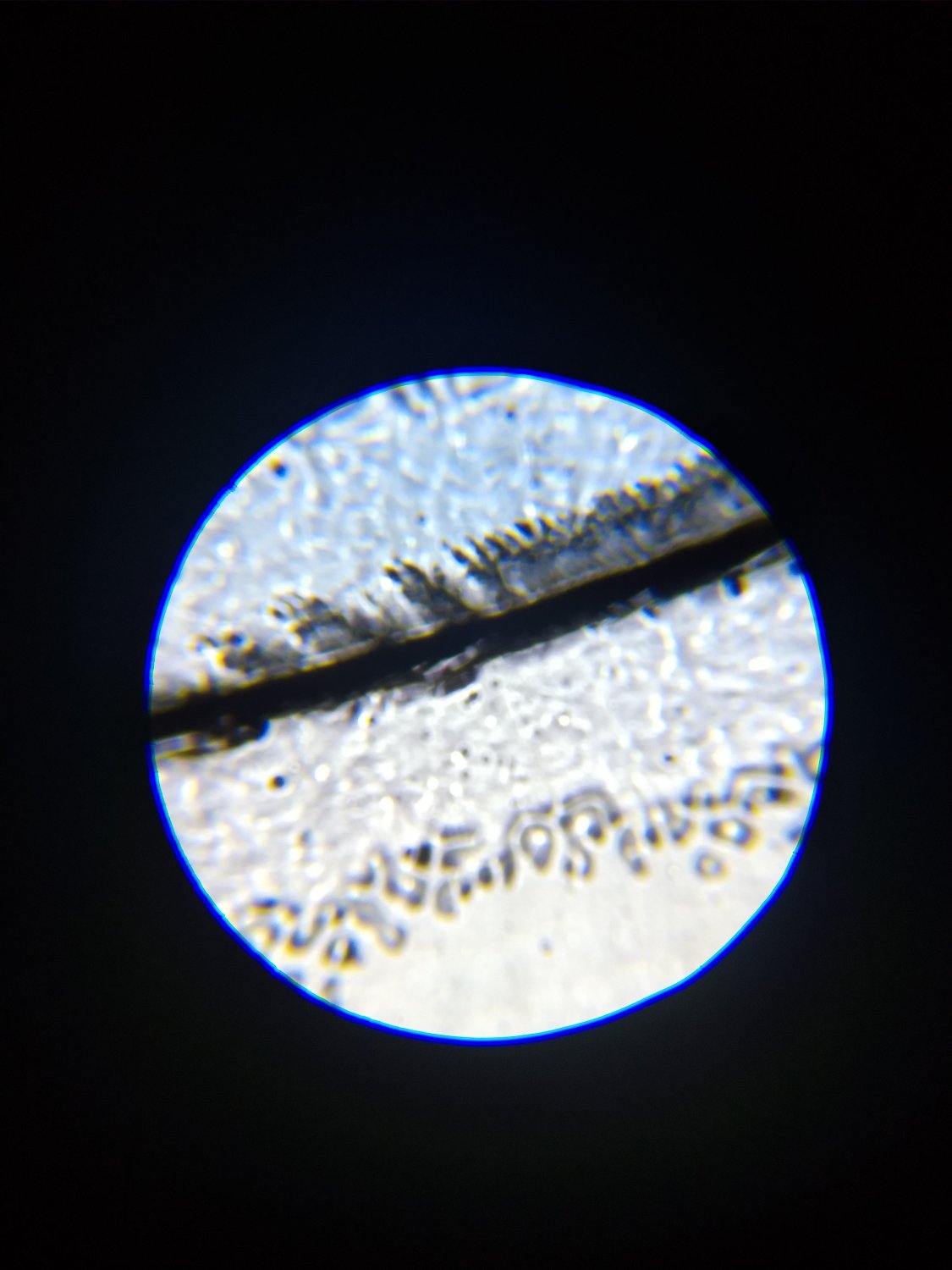 I'm so excited to play with this. No more cross eyed fecals!

Could be the first buck is "all hat, no cattle"?

The husband observes that he appears to prefer breeding other bucks. Ava broke into his recovery stall after his tail got ripped up by badger and he bred her and produced kids, but that was a one single doe in raging heat, no bucks in sight, he did not have to court the doe kind of thing. He's dominant and bucky in the buck pen, but not in a doe pen apparently.
I may have to hand breed (a single pair in a controlled setting, potentially on leads) rather than pen breed to get this buck's kids. The does are pushy and mean to each other normally in his defense. If he fails at hand breeding he will be sold.

I did the does' feet today-10 sets of hooves. Going by feet that had been neglected for a few months three of my lamanchas are on the list for keeping doelings out of-Summer, Trinka, and Lace. I did and ranked the bucks earlier, but are do to be redone next week.

rachels.haven said:
The husband observes that he appears to prefer breeding other bucks.
Click to expand...

LOL Our bucks used to all live together and had a love/love relationship with each other. My 3 sons and husband used to make a lot of jokes about their supposed sexual preferences. I think it is pretty normal behavior since others have told me their bucks when housed together would do the same.

Definitely do the hand breeding putting the doe and buck on leads. With only one doe to look at and kiss up, the buck will give her all his attention. Another benefit is that you have a definite breeding date to know when the kids will arrive. We never did any pen breeding with our dairy does. I did pen breeding with the Boers but then we only had 1 Boer buck. I used a harness and crayon on him. Hand breeding is super easy and fast.

Yes, I only did a pen breeding setup because I had trouble handling the nigerians while pregnant. Those stinkers think they're huge. The actual big guys are easy. Then as I got more tired I figured just set them all up like that. Meh, probably never again.

I never had dwarf breeds - hate bending over to control them - don't even like even standard size kids when training! Luckily my human kids could train the goat kids to a collar and leash. LOL

I briefly exposed Avalon to Patrick on the 29th. It's 22 days later. No cycle despite her only wanting to fight with him so she could have the lamancha buck in the pen across the barn. It looks like Patrick got the job done anyway. If no kids hit the ground tomorrow (day 145 since last exposure in the breeding pen) to the next 5 days (day 150 since last exposure, with a few days on the other side allowable) it looks like Ava will be the only doe settled to Patrick. Apparently the doe my favorite buck likes best is my least favorite. Good grief, the litter she miscarried was probably Patrick's as well.
I'm thinking I may want to keep this litter of Ava's as bottle babies then let her go in milk (watch them all be bucks).

COME ON remaining does of Patrick's pen. Give me some Patrick does.