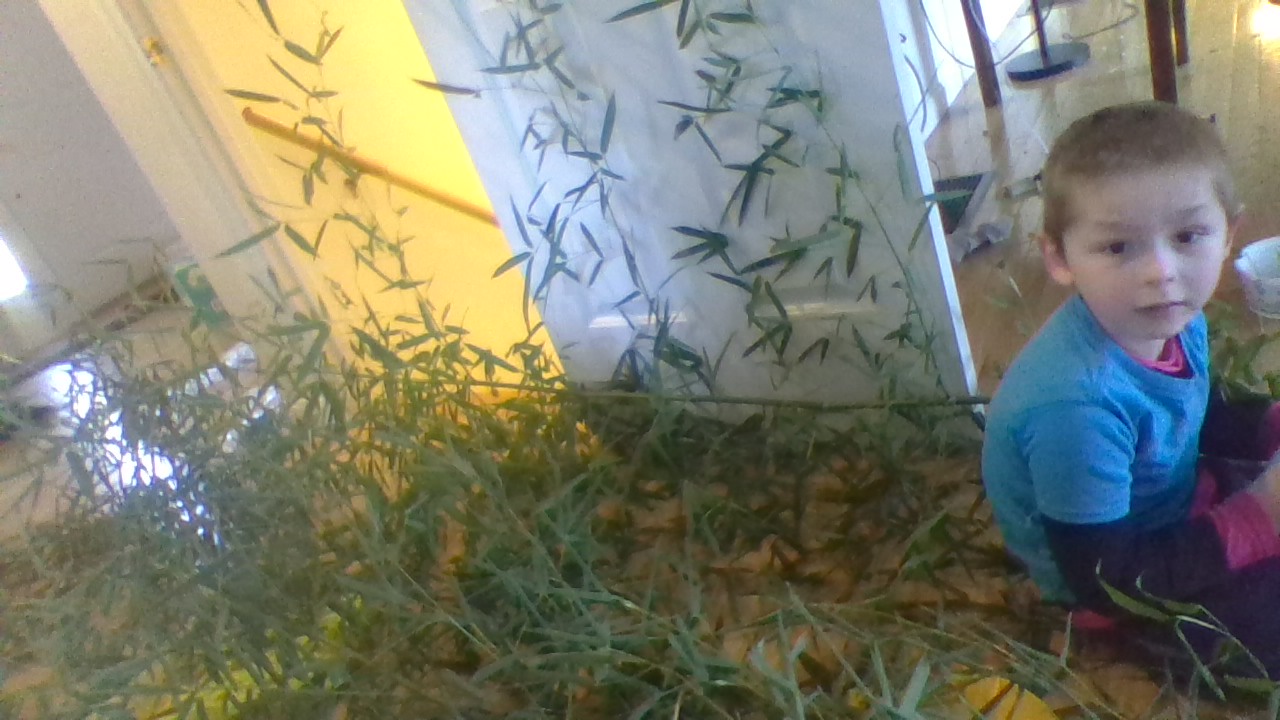 Dan's response to "do you want to go play minecraft?" No. He does not. Real life minecraft is better.

Huh, missed a Dan project. I wonder when he slipped away and did this. The hole in the wall is not new. It's from the lock on the door knob that was accidently slammed into it at some point. I guess that's the way plugs look to a five year old. 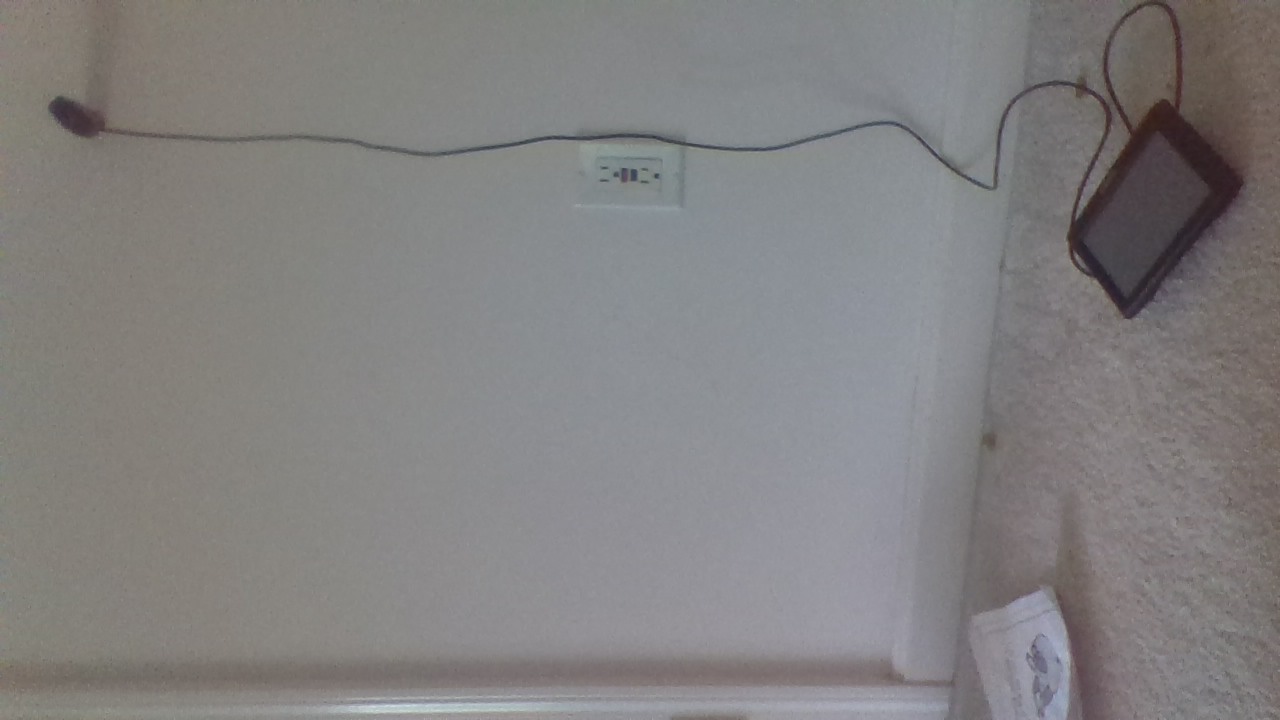 After the kids went to bed the bamboo got dragged right out the back door, I pulled the gps charger out of the wall, I'm not sure where the plunger wound up, and I'm not worried about the hay bales. There were also a few other episodes of "Dan Stuff" I didn't catch to clean up between picture and bed time. That kid was on one yesterday. I think he was tired, which makes him nuts. I forgot to grab the container of "bamboo stew", and now the kids are awake and aware of it, so it has to wait.

The weather is rather stupid today-teens and twenties with a lot of wind to blow the warmth right out of everything. Regardless, after a night of cranky baby still figuring out how to move his bowels (the poor guy wants to sleep, honest!), I needed a longer break than usual so I put Buggy (Rustic Wood's Black Tie Affair) on the stand for a hoof trim because I'd been feeling guilty for skipping one of his 4 feet because his neck is to fat for the milk stand to close and restrain him so when he declared himself done with trimming he walked off the stand. His head is bigger too, so if it would still close it would work, but he's a thick goat all around. I didn't need to have worried. He now has nice feet and they wore down on the frozen ground we've got, so other than a little bit of toe shaping his feet looked great. And I baling twined his collar to the stand. Bugs is a good boy so when the collar asked he just stayed.

With feet that nice I may have to breed him to the other big does I didn't have him cover and have lots of Buggy babies running around again. He's an older style lamancha, but he throws nice udders supposedly and all his parts are nice. Unfortunately last year he gave me all bucks except for the one Saffron doeling that randomly died. She was so pretty though. Supposedly he's had other doelings that have randomly died like my doeling last year, so I will probably continue only using him conservatively from now on until I have does from everyone from him unless they really do keep randomly dying at a higher than usual rate.

I didn't take pictures of Buggy on the stand because (drum roll) Dan had taken and hidden my phone. My other son sort of ratted his brother out so after the goats I called it from my laptop while sitting in his silent room until I found it. Someday he'll grow out of this, I'm sure.
Last edited: Yesterday at 12:02 PM
You must log in or register to reply here.
Share:
Reddit Pinterest Tumblr WhatsApp Email Share Link