The cull decision is hard. It is sometimes the lesser of two evils. Let's face it, new stocks costs and some just not possible. You'll work through!

That adorable ewe lamb -- yeah, keep! If DH is picking names, he'll agree later. Of course, she just may not sell.

I think you have it figured out... Coy with the lesser quality wool, needing worming etc should go. That's 3 gone? Then any boys that will go in the freezer or sold...So you will be down a few AND either a few dollars contributed back to the feed fund, or meat in the freezer.... If Foxy doesn't do better next year she will go or become a milk sheep and used for that purpose besides her wool.... the lamb is a boy so will go one way or another...

Coy is up for sale with her two lambs.
Woolfie gets another year to have more than a single, but does make for a surprisingly good milk sheep.
Foxy’s ewe lamb will be put up for sale once she’s closer to weaning along with at least one of the ram lambs.
I’ll be raising up 2-3 of the ram lambs for my own freezer (as well as some for family/friends).

Phew!
Good to have a plan! 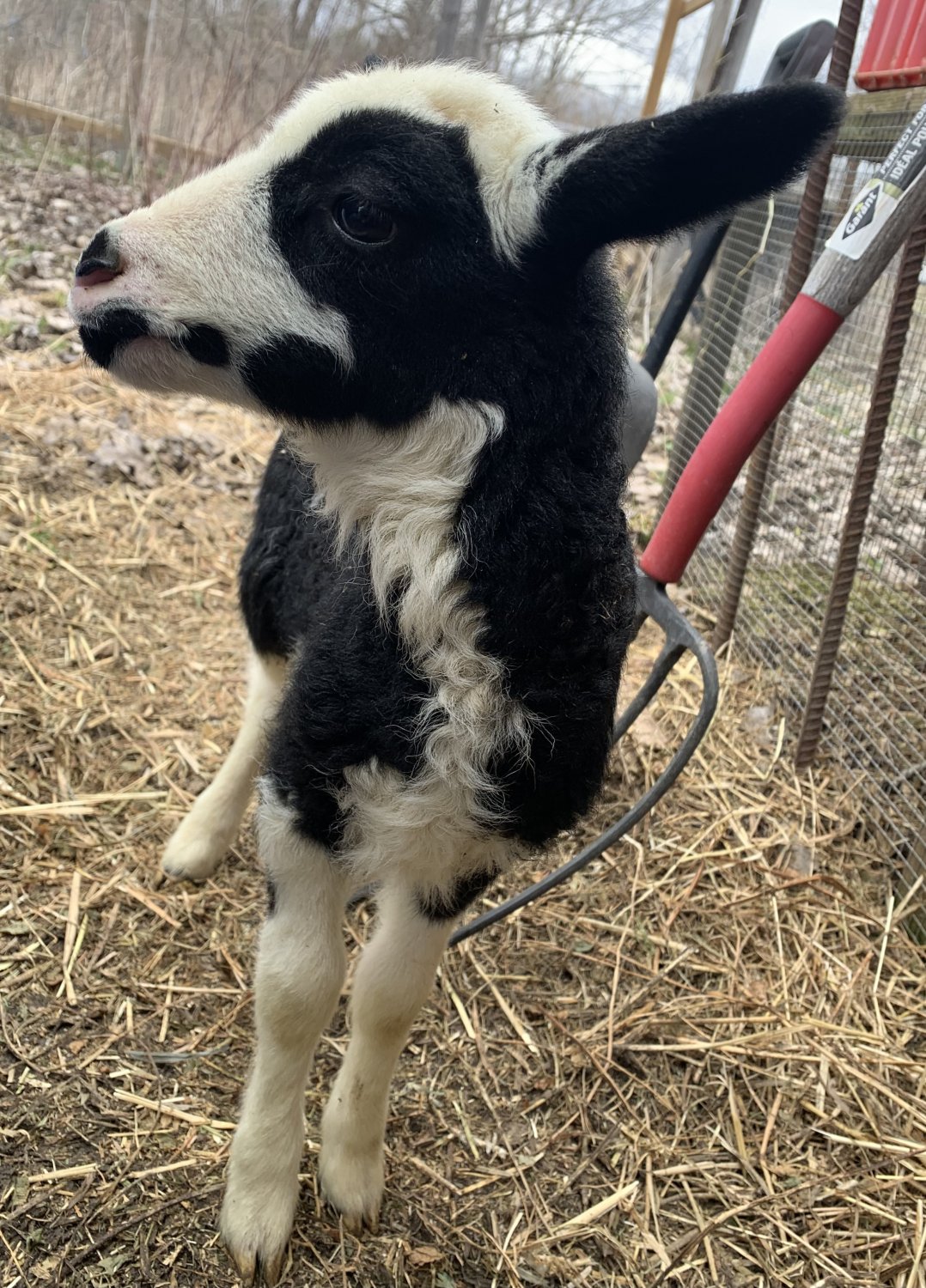 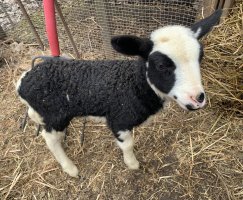 And look how huge Woolfie’s chunky ram is! He’s cute with his crazy hair and smutty nose

He has to be sent to the freezer though. I have a feeling he’d be a nasty-tempered adult ram. Foxy’s boys are much nicer. 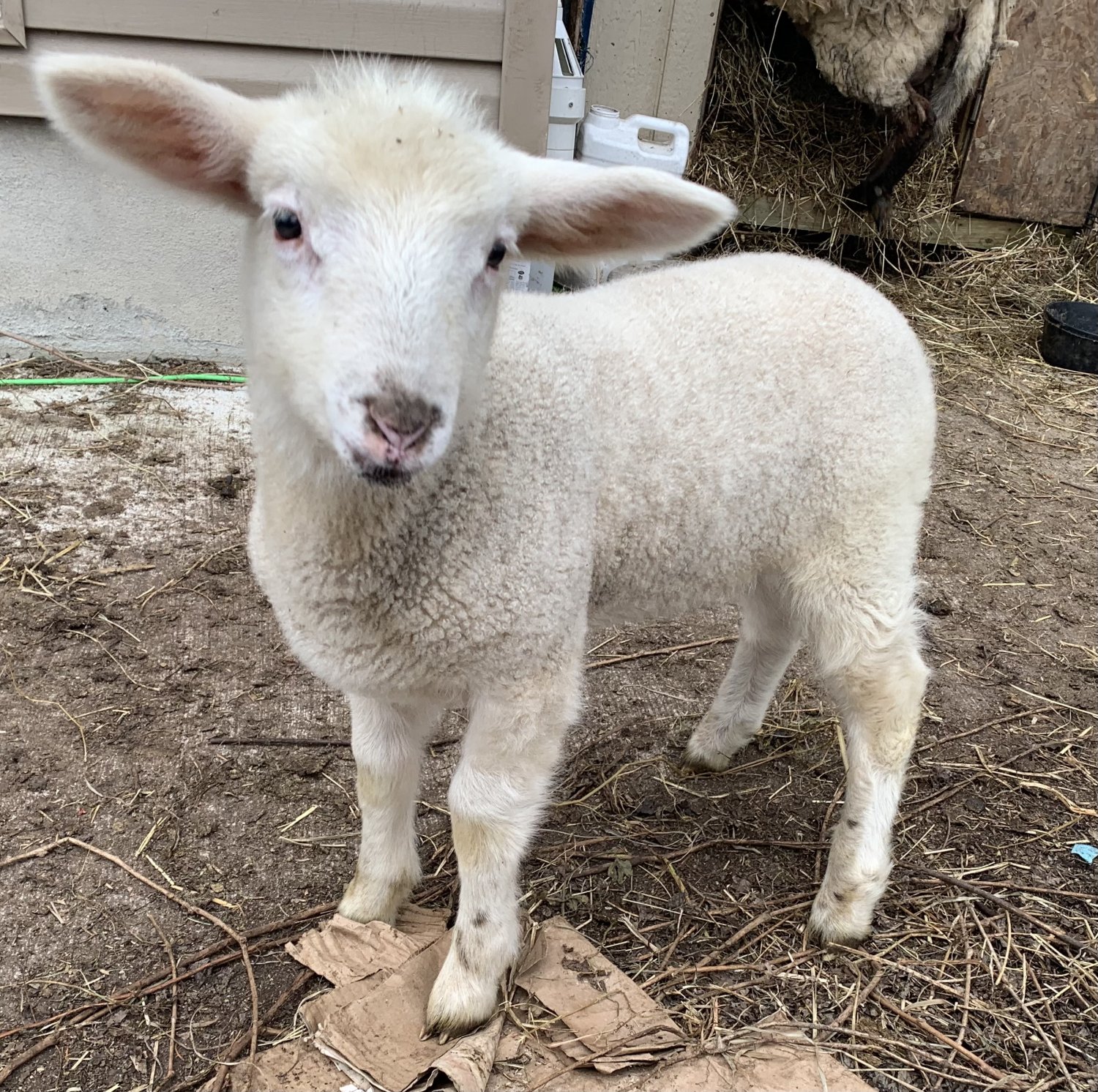 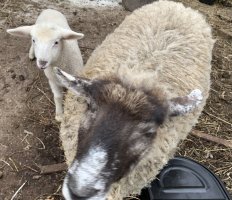 They weren’t holding still enough to get a good pic and she looks bigger here than she is. I’m going to start shearing soon. Then he’ll really look big lol. Other than being crotched, Woolfie has a full year of wool on her.

So I got a bale of hay delivered the other day and it’s actually haylage! Woolfie wouldn’t eat it at first, but everybody else loves it. Good thing I still had/have enough hay to mix it with! I’m thinking another two weeks before they can go on pasture.

My turkey hatching eggs are selling well, but nobody wants my Cochin eggs, oddly enough. Oh well. I think the Covid-induced chicken boom is over now that most people are going back to work.
I’m only slightly tempted to fire up my incubator and hatch the chicken eggs myself. I have two dozen sitting on my counter waiting…haunting me…lol jk
I might take them to auction. Get a few bucks for them myself and an amazing deal for anyone else. We don’t eat nearly enough eggs to need 3-4 a day.

I’m already getting Vulpix out every day and handling her. She likes snuggles. I handle her all over and intend to halter train her. She’ll also be trained to get her grain on the stand as I’m hoping to make her my official milk sheep one day.
(I handle the other girls too and have from the start…both just in case and because I don’t want to sell wild things.)

I think that’s it for interesting things around here for the moment. Mostly it’s just routine stuff.

SA Farm said:
(as well as some for family/friends).
Click to expand...

Can I be your friend?

Do you sell to individuals or take to auction? I found it so much easier to take to auction. I got more money by waiting to wean lambs, then selling separately from their mother.

I cull for worm resistance. I have a couple of ewes that hit the level I call WHY AREN'T YOU DEAD? They have worm bloom during lambing and weaning, but they both have real nice lambs! Finally got a ewe lamb keeper out of one of them, so we’ll see how this goes.

Baymule said:
Do you sell to individuals or take to auction? I found it so much easier to take to auction. I got more money by waiting to wean lambs, then selling separately from their mother.

I cull for worm resistance. I have a couple of ewes that hit the level I call WHY AREN'T YOU DEAD? They have worm bloom during lambing and weaning, but they both have real nice lambs! Finally got a ewe lamb keeper out of one of them, so we’ll see how this goes.
Click to expand...

I try to sell individuals first with my animals, then take to auction if I don’t have any takers in a reasonable timeframe.
I have yet to take any sheep to auction. Only one has left the property so far and that was to get chopped up into freezer-sized portions

(Kit’s dad, Ramchop)
There is an auction house about 15 minutes away that does pretty much everything, so all my extras will end up going there if I don’t sell them privately. I haven’t been there in forever and can’t go now since I have no intention of buying and Covid has prevented the allowance of going just to watch, so I don’t know what kind of prices I could expect…

Bruce said:
Can I be your friend?
Click to expand...

You are totally considered a friend, Bruce! But I don’t think sending raw, possibly frozen meat through the mail would go very well

There are rough days with farming where I think, why am I doing this? Why am I putting myself through all this pain and effort? Woolfie bowls past me when I need her to stand still knocking me down, Dingo thinks it’s a good time to “play” and I bruise my hand on his halter giving him what for, Kit decides to lie down on the ramp and I have to lift her up, etcetera etcetera infinity!
Then there are days like today.
I had the three mamas out (Foxy, Kit, and Coy) with their 7 lambs. DH was sitting nearby and DS was walking along, picking up sticks and whatnot watching the lambs and mamas, occasionally one of the lambs would check him out and vice versa.
The mamas contentedly munching on haylage or bits of grass while the lambs kick up their heels running and playing, the sun shining, the turkey Tom gobbling, the chickens grabbing for the grass and whatever else DS decides to shove through the fence….and it’s just…paradise. Worth every bit of the blood, sweat, and tears, every trial, every agonizing decision.

This is why I stick with it. These moments of pure joy. There are other reasons, of course, but they pale in comparison.

DS with Kitty and petting a tiny baby bunny at Grandma and Grandpa’s. 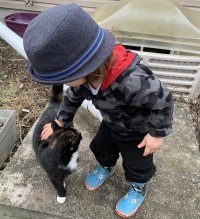 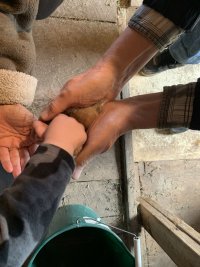 And it's why we all keep at it, even through bad times!!

The good outweighs the bad. Welcome to the club.

Yup, there are bad days in farming. I cry over losses and rejoice over gains. If I gave up because of hurt and sadness, then I would miss the joys. The joys far outweigh the hurts and I wouldn't give it up for anything.
You must log in or register to reply here.
Share:
Reddit Pinterest Tumblr WhatsApp Email Share Link