What BYH animal(s) is getting most of your attention and why? 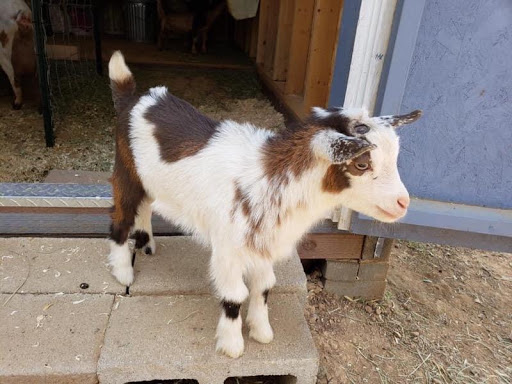 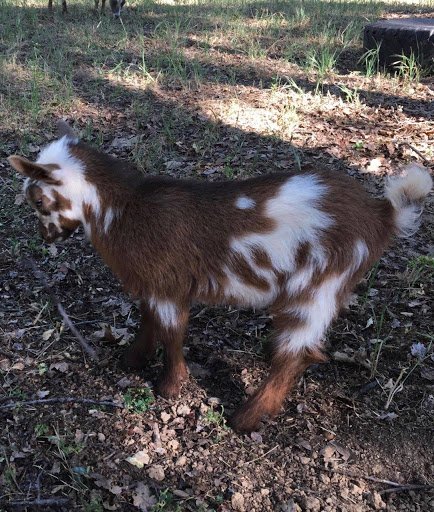 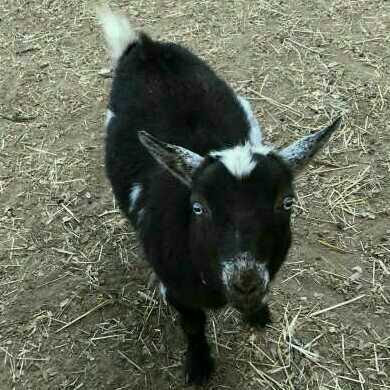 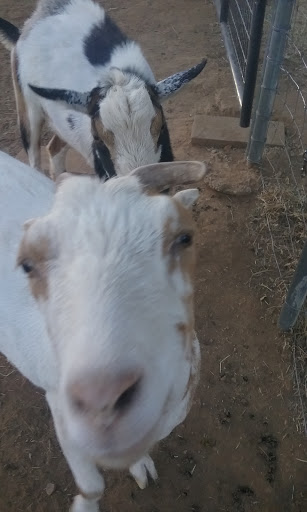 Dexter(Dex Dex) You can kinda see Blu in the back 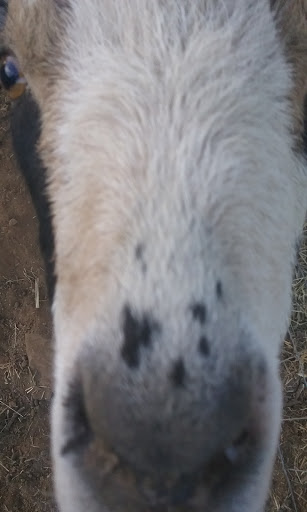 I have a few hundred chickens and also ducks, turkeys, geese and guinea fowl, they tend to take more time time than the water buffaloes. However during calving season and during the pastoral season buffaloes also take some work because you have to take them to the pasture and then bring them back home everyday.

Since the herd here is to make fiber for Hula Bunny yarn, most of them are English angora rabbits. Which has an ever changing number, there's somewhere around thirty at the moment, but some have been sold, some may be born next week. Fortunately, there's a database to keep track of things.

Okay, I looked, there's 29 of them and that number could increase by perhaps a ten or twenty more by this time next week. There's not a lot of work to keeping them on a daily basis, though. Basic daily chores are to wake up, start the coffee and while it's perking, feed the sheep. They see us at the kitchen window and start asking for their morning snack.

The barrel of sheep feed is right next to the rabbit nesting hutch which doesn't have piped in water yet, so the sheep get their breakfast, the rabbit water is checked, the garden a brief watering and then the coffee is ready.

Several times a week, there's grasses scythed down for the rabbits, along with assorted ti leaves, mulberry leaves, etc. They get fed forage about twice a week. Saves on feed bills and it's better to give them a varied diet. In the evenings, on days they don't get forage they get pellets. That's twelve different feed dishes to fill although for most of the hutches the water is piped in so no water bottles or dishes to fill.

The sheep get an evening snack, but that takes mere moments. Their feed dish is about twenty steps outside the back door, if that many. I should count them but their dish is right behind the small kitchen garden by the back door. Once a week their half barrel of water is dumped out and refilled so there won't be mosquitoes in it.

As necessary, the bunnies get their wool harvested. That's an hour per rabbit about three times a year. They also get their hutches cleaned and repaired as necessary and new hutches always seem to need to be built. The rabbits are by far the most time consuming, but they're also the profitable livestock.

Horses. The chickens I love too but Horses definitely, you have to rug them, ride them (you don’t have to but I do), groom them, feed them and if you are rotating the fields.
D

None of them take that much time. As of lately, Charley (my nubian/boer cross buck) has been taking the most time due to the fact that he got polio, so I was giving him two shots every six hours, then twice a day, once a day.. now every couple of days. Just glad he's made a full recovery In general, yeah probably the ruminants

That is sadly the order

Goats and dogs are mostly the animals that get the attention. Goats are just amazing but little butt check of an animal and my dogs are getting trained right now so they have my attention and they are draining my attention and patients and stress. If anyone has any tips for me I am open just message me!
A

Sumi said:
View attachment 69176​
Most of us here have some farm animals, or bees in some cases, and know how time consuming taking care of them all can be!

Just out of curiosity, I would like to know which of your animals, cows, sheep, pigs, horses, etc, take the most of your time and attention and why do they?
Click to expand...

Rabbits because the reason is I JUST LOVE THEM !

I am down to sheep and dogs. I'd have to say it is pretty much split between them.

Goats because I am trying to learn more about them. I have 2. Bucky and Cinnamon. They live in a pen with my lamb Cash. Cinnamon is going to be 1 year old on Good Friday. Bucky is 3. Bucky is the one that is on my profile pic.
You must log in or register to reply here.
Share:
Reddit Pinterest Tumblr WhatsApp Email Share Link