Did ya have to make me cry tonight? So glad Amos got to meet Joe.

New Pearl pictures! She has gained so much weight, probably close to 300 pounds. Her backbone stuck up so far, her ribs showed and now she has muscle along her backbone. She still has a ways to go, but we are making progress. 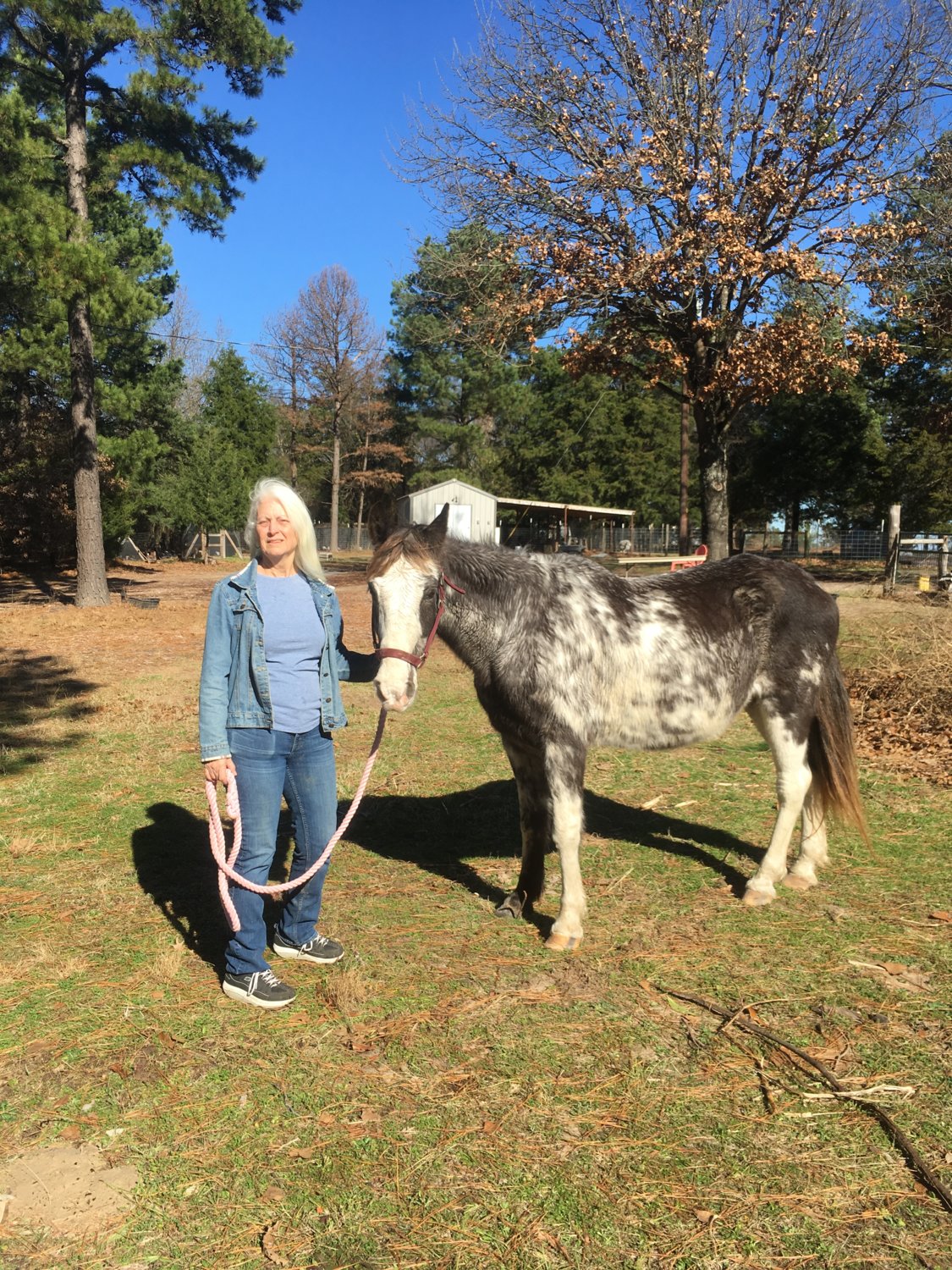 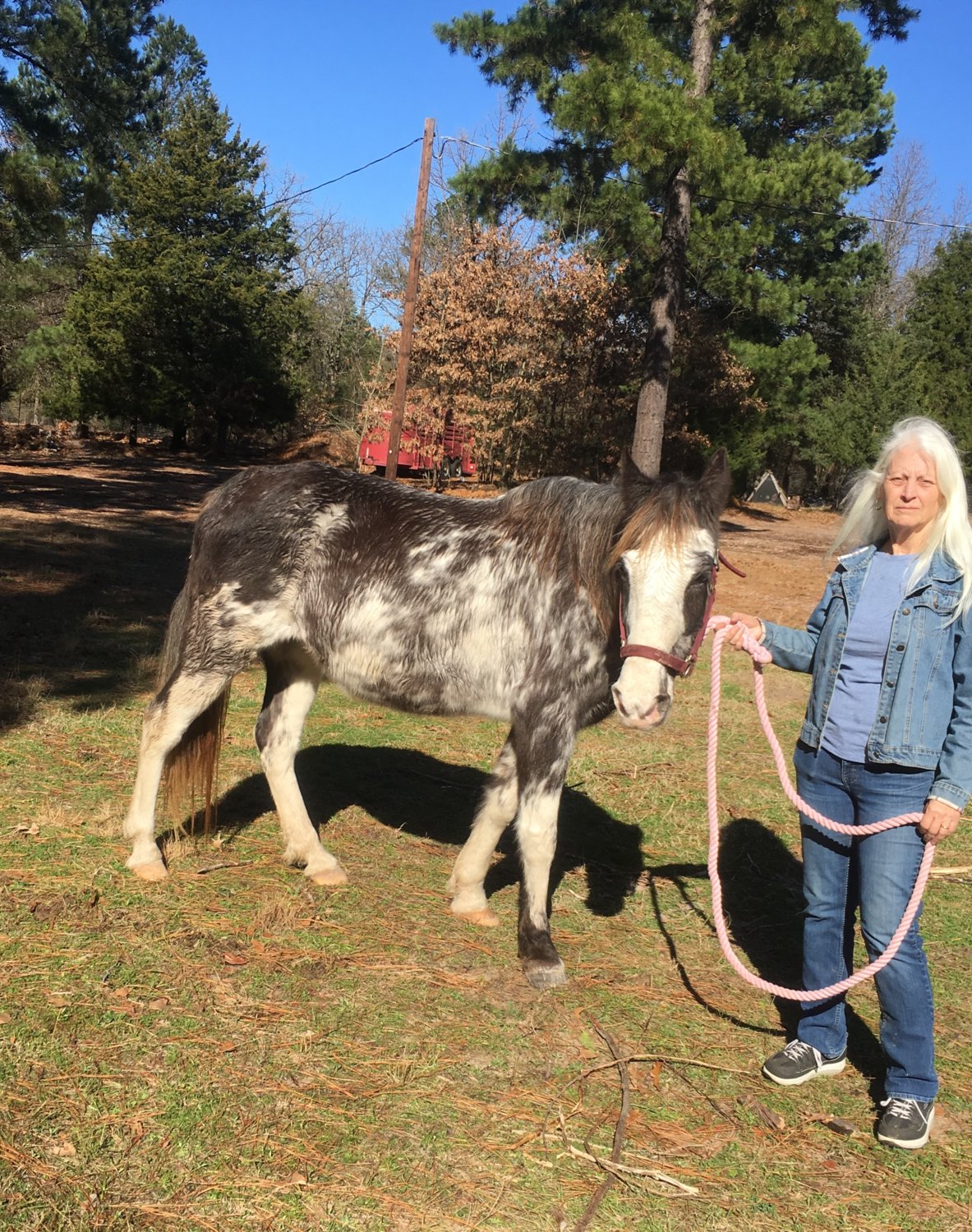 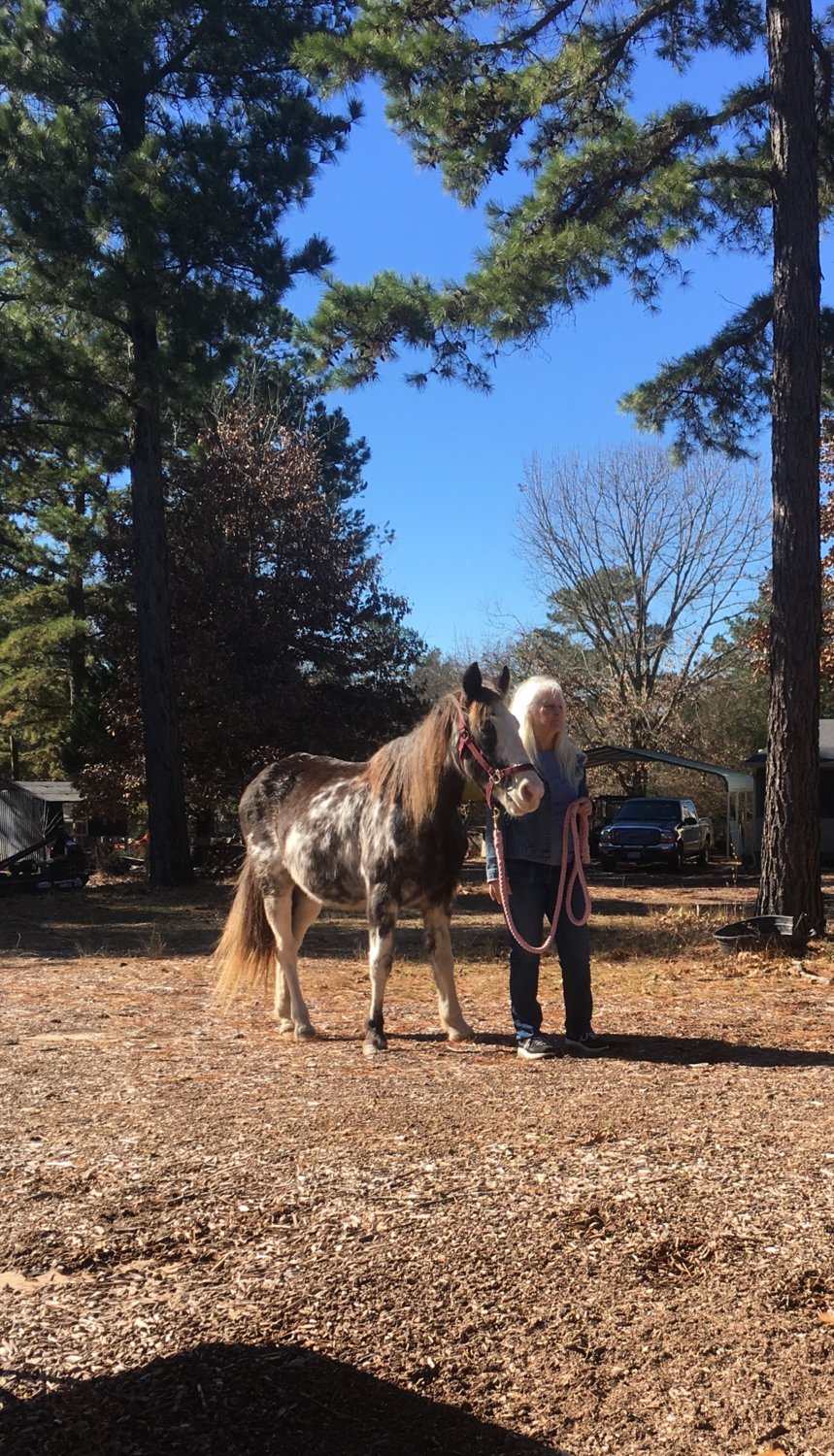 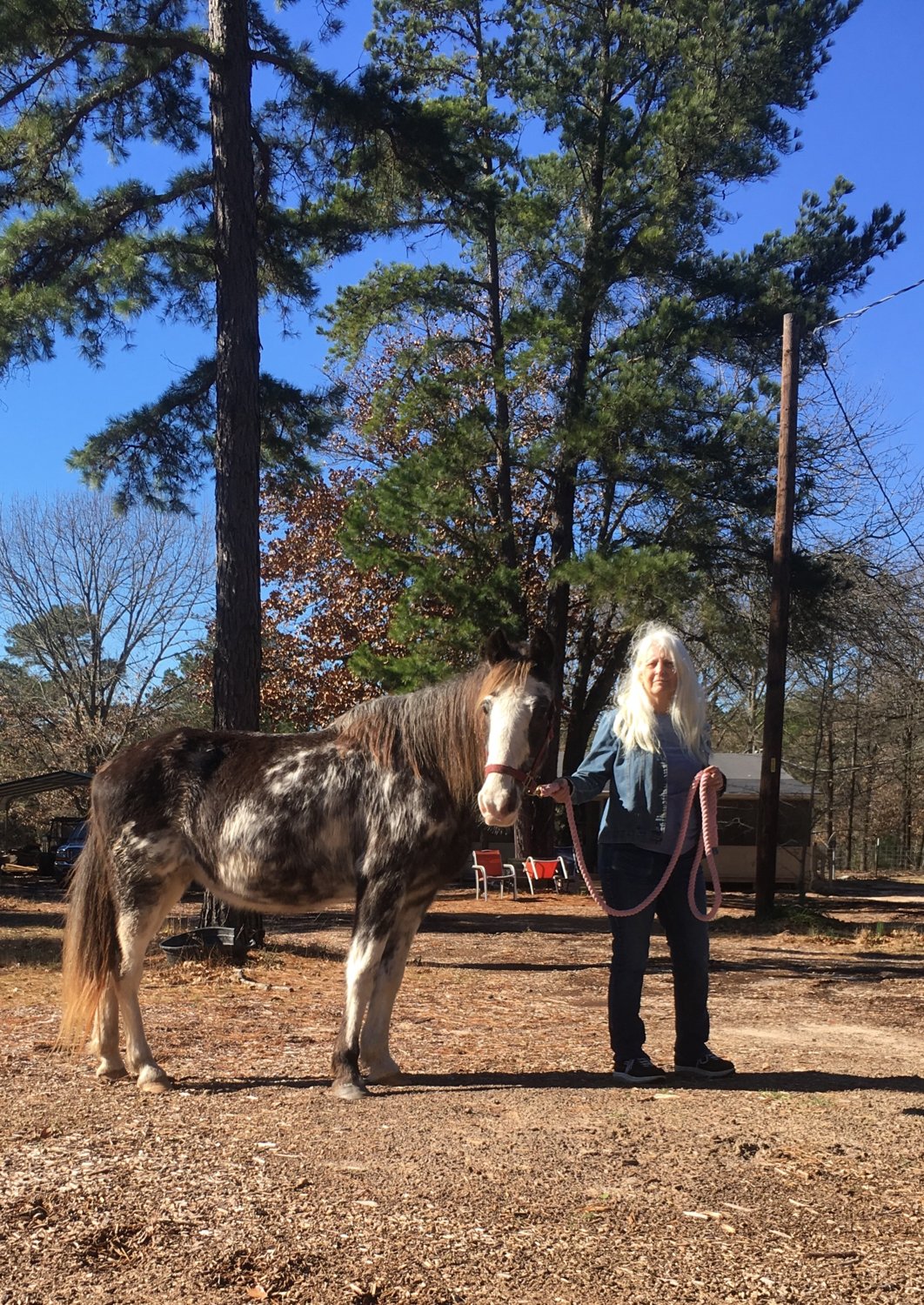 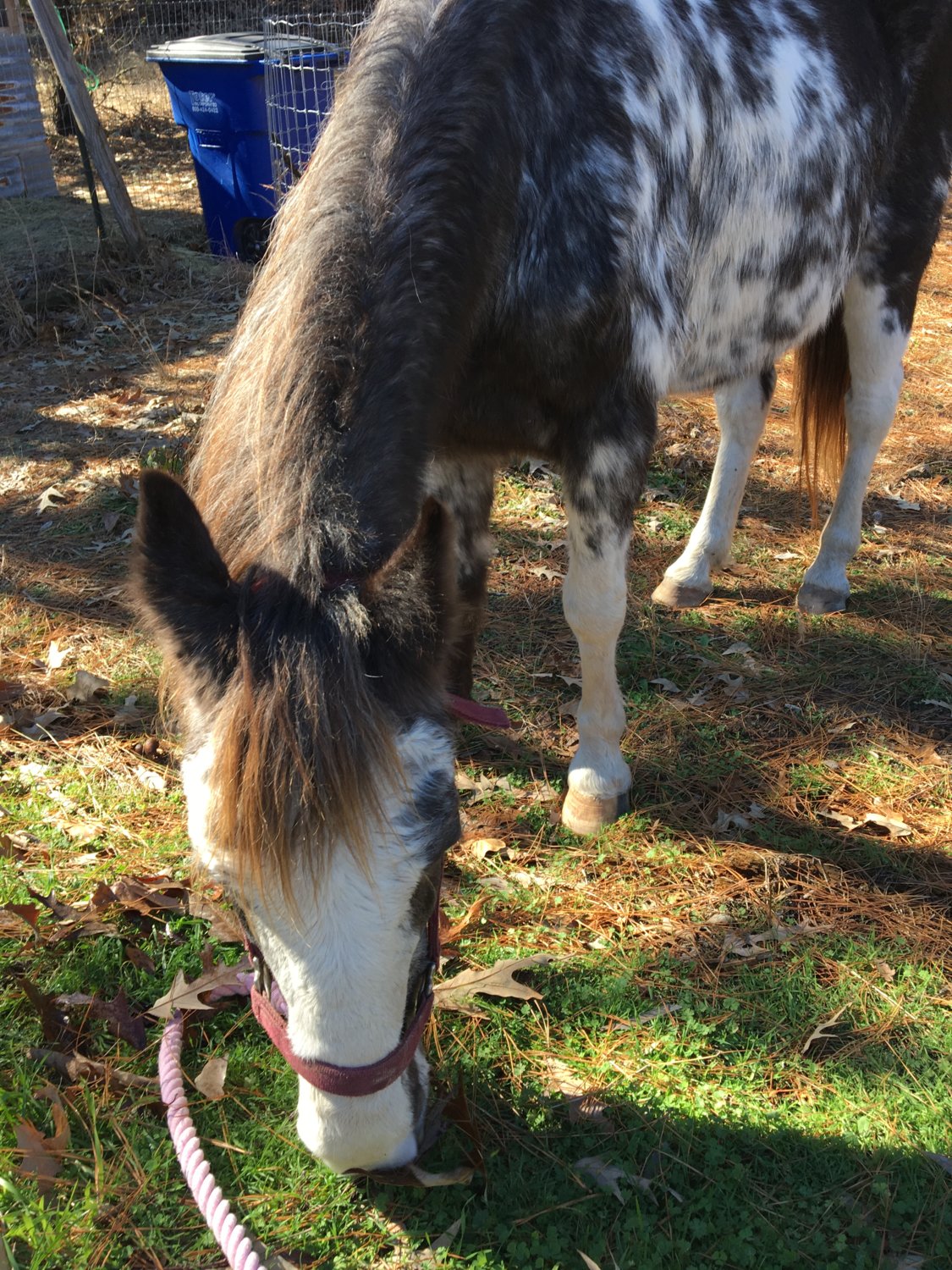 Yeah, me too. Riding Joe sure made him happy.

You can still see where her hips are shallow looking, too, but she looks so much better than when you first got her.
Cant wait to see what she looks like in a few more months.

You got me tearing up on the Joe and Amos story....but what a improvement in Pearl, she just looks so comfortable and like she has been with you forever....great job Bay

It was a gorgeous day today. You'd never know it stormed last night, thundered and lightening, and we got 3 1/2 inches of rain.

Can't wait to see her all shed out and up to weight this summer.

Baymule said:
This is for @Finnie

We had 16 acres where we kept our horses. I made a feed run one Saturday and stopped at the neighbor's before I unloaded feed. They had recently gone to Alabama to bring her 89 year old father home with them, as he had become unable to care for himself. Virgie told me that she sure wished she had a horse for Amos, her father, to ride. He had told everyone that his daughter was coming from Texas to get him and he was going to ride back to Alabama on a big white horse, waving to all of his friends.

I told her that I had a ton of feed to go unload and that I would saddle up Joe and bring him over for Amos to ride. I told her it would take me about an hour. I stacked up 40 bags of feed, caught Joe, brushed him out and saddled him up. It had rained recently and washed him clean. It was a beautiful October day and Joe's white hair sparkled in the sun like diamonds. Nineteen year old Joe carried me at a trot back over to the neighbors place.

In the meantime, Amos had taken a shower, put on cologne, dressed in new blue jeans, cowboy boots, a black pearl snapped western shirt with red embroidered roses and topped it off with his Stetson hat. Amos was ready to ride. Virgie's husband, Roger, helped Amos get in the saddle. Joe stood like a statue. Amos took up the reins, clucked to Joe, Joe took a couple of steps and stopped. My joke about Joe was that he had two speeds-slow and stop. Amos clucked to Joe, Joe took a couple of steps and stopped. WHOO-EEEE! Amos was riding! Virgie took picture after picture. Joe posed for pictures, a light wind ruffled up his mane. Amos chattered about riding Joe back to Alabama and waving to all of his friends. Amos was having a great time, Joe was a perfect gentleman. I was so proud of him.

Joe was happy to pose for pictures and take a few steps for Amos. Amos was happy to be riding a big white horse. We were all a bunch of happy goofs, watching an old man on an old horse on a perfect day. After that day, Amos claimed Joe as his horse and would waggle a bony finger at me and admonish me to take care of "his" horse.

Time passed and Amos became more and more feeble. Virgie took care of him, bathed, fed and even diapered him. After bringing him home from the hospital, she told him he was home. A few minutes later he was gone. Roger and Virgie took Amos back to Alabama for burial. On his casket was a picture of Amos riding a big white horse, waving to all of his friends.
Click to expand...

Thank you for posting this, @Baymule . That is a very sweet story, and well worthy of winning the contest. I'm sure you helped your friends Virgie and Roger to have some good memories during a difficult time in their lives. Yeah, difinitely a bittersweet tear-jerker.

Today was my first ride! Pearl is awesome. She is spirited and wants to go. And yes, she will”hit a lick”. She glides in that famous Tennessee Walker gait. She has a good stop, VERY responsive to neck reining. I only rode her up and down the driveway, we’ll go down the pipeline on our next ride, then out the front gate. We are so proud of her. I am thrilled with her.

Our oldest granddaughter and a friend are spending the weekend, so they rode while I led Pearl.

My husband took some great pictures. Do I look happy or what?

She has gained a LOT of weight, still has some to go.

I love this picture. Mt husband captured the wind in my face, hair blowing, Pearl's mane lifted, and a big grin on my face.

That is so awesome, you both look happy and full of joy.....and both look like your in great shape ! You go girl, ride the wind with Pearl