New pictures of Sheba. She has grown! She is as tall if not taller than Sentry now. We love this bundle of personality in a dog suit.

I have a chair in pasture #1 by the Sheep barn. I sit down and get lots of dog hugs. Sheba obviously wants a hug! 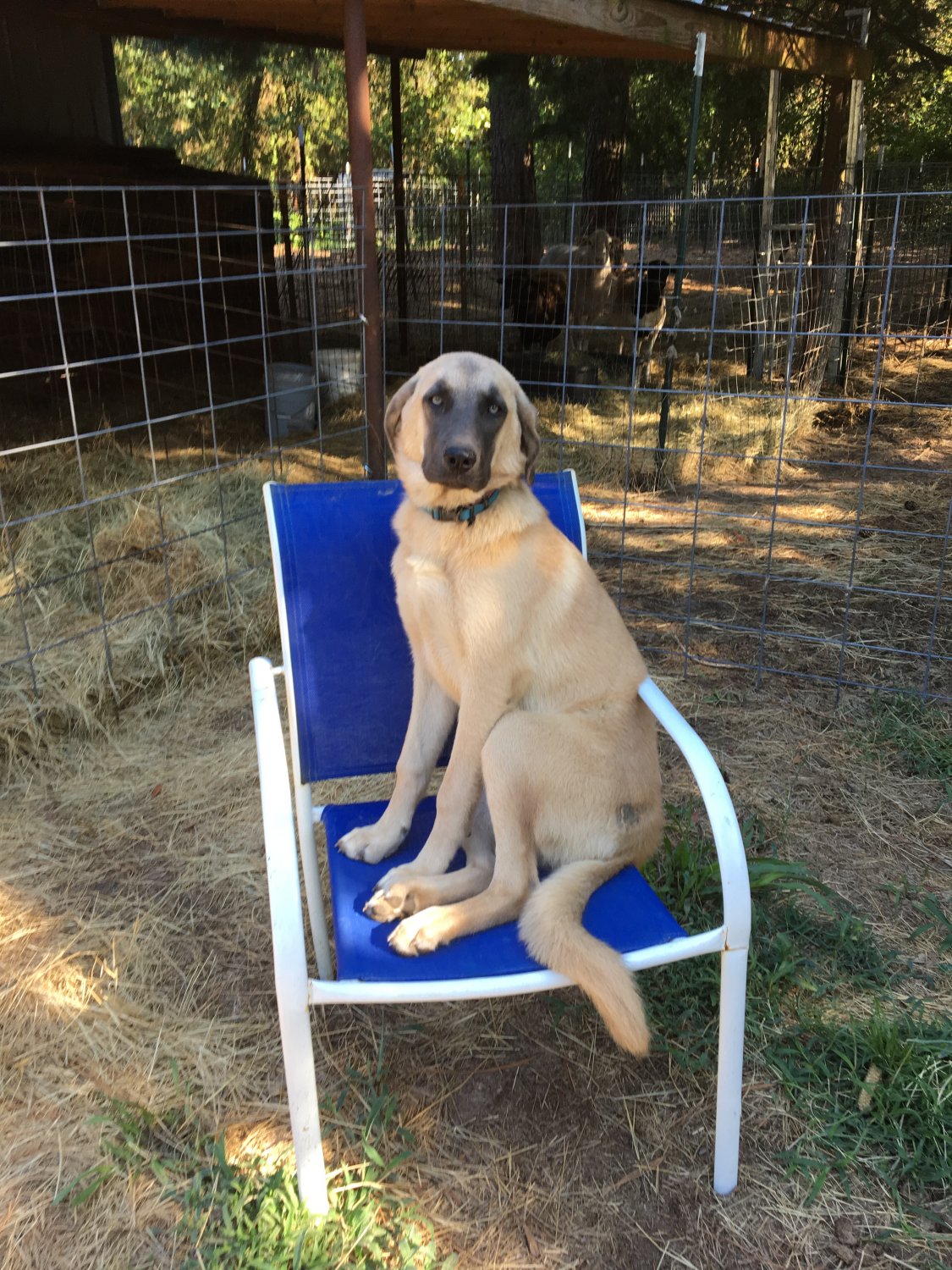 Sheba is finally big enough that the ewes don’t beat her up like they did. I had to limit her time and be close by to keep the girls from being bullies. She enjoys her time with the ewes and her buddy, Sentry. She is not afraid any more and has gained confidence. I love this picture, she is totally relaxed in the warm sunshine, with the ewes. 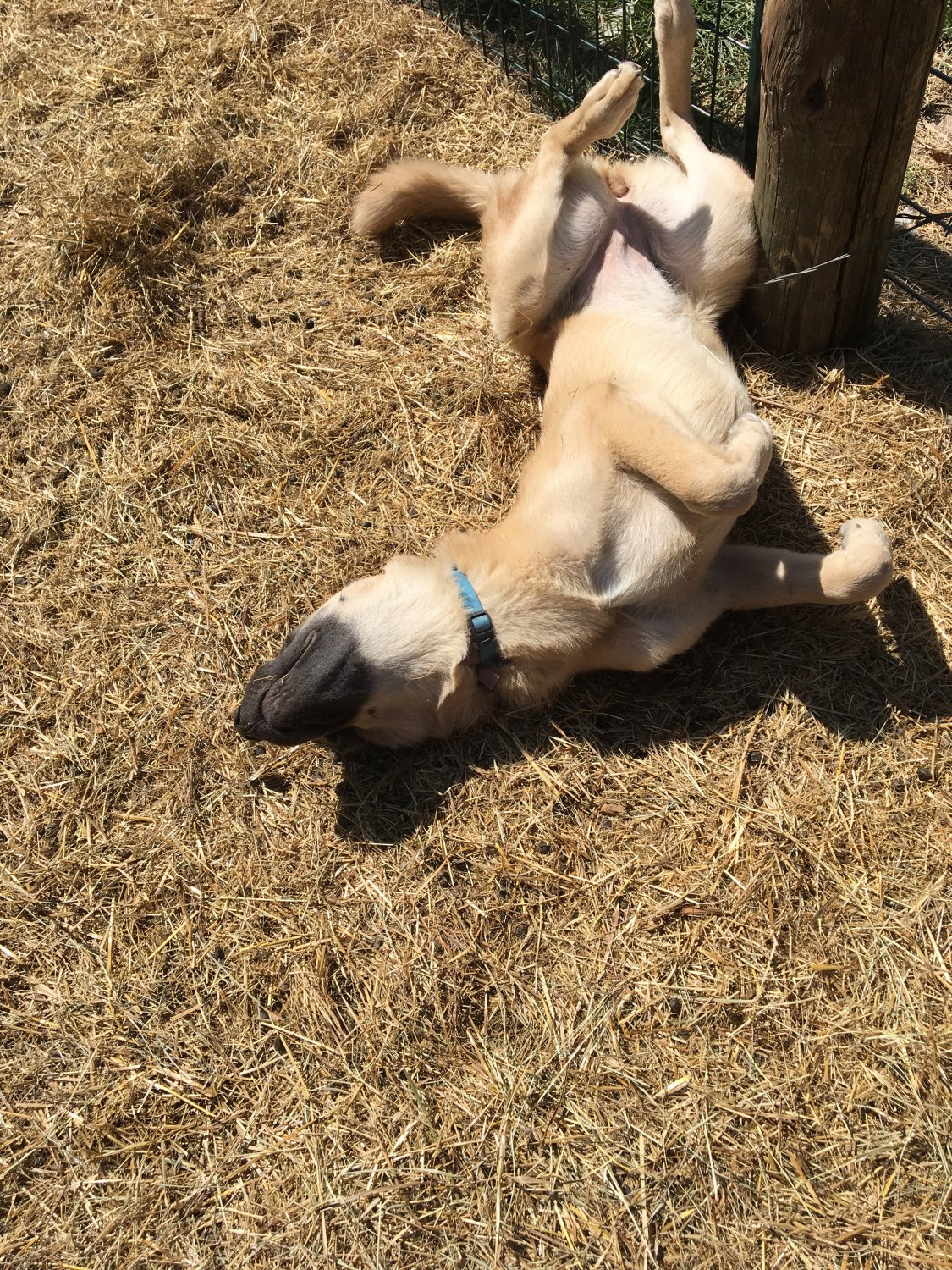 Dogs are fed, been outside to make their rounds, Sheba and Sentry asked to come back in. We have Anatolian dog rugs. 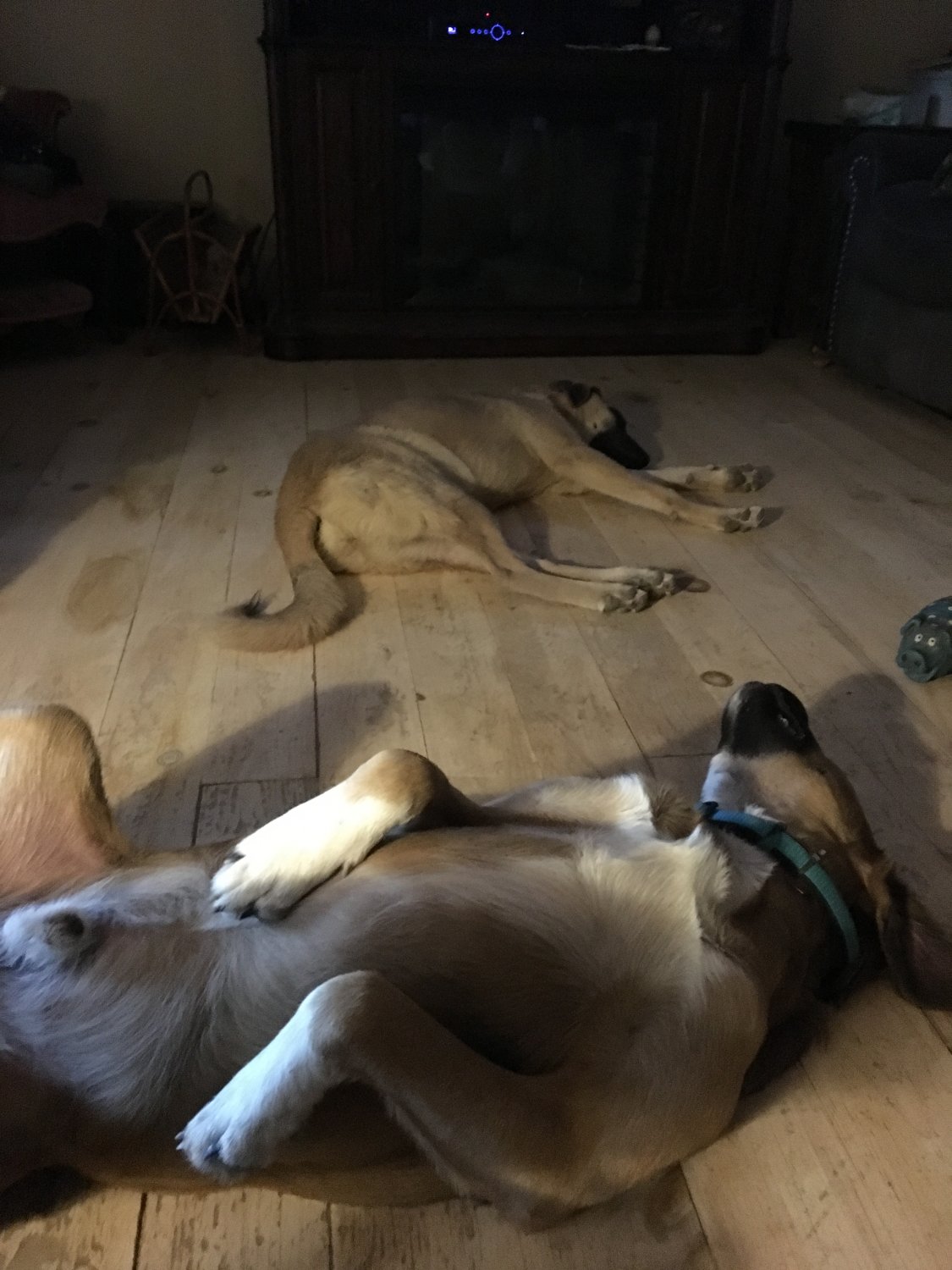 Bay, she is just one gorgeous dog! I love how her mask covers her face...gives her such a serious look. She's going to be huge, isn't she?

She looks wonderful! Glad she's growing into her job - and your chair, lol!!
M

It does give her a serious look, though. I love her colorings. I want one of those!
F

I am so glad that she is working out so well for you. And being the buddy/backup that Sentry needs. It was really meant to be....

Today I moved the sheep across the driveway to pasture #2. I just put some feed in a tub, calling Sheep! Sheep! Sheep! Open the gate and they RUN to the pasture. Sentry usually comes too, but I have to go get Sheba.

This morning Sheba, Sentry, Trip and Carson ran ahead of me to the barn, but ran into pasture #1. I closed the gate to keep the Sheep out. Sheba asked to come out so I opened the gate for her. Then I opened the gate to the sheep barn and they ran to the other pasture. Sheba went too! All by herself! Then she ran around the pasture to check things out, just like she is supposed to! It was one of those WOW!! Moments. I was so proud of her.

Then I went back, opened the gate for the dogs and Sentry ran to pasture 2. I let him in and finished my chores.

There is a mound of dirt in the trees that Sheba claims as her own. That’s where she always is. Sentry will move around to keep them all in his sight. We left mid morning and for the first time, Sheba was where she could watch the sheep! She and Sentry were working together! We are proud of both of them. 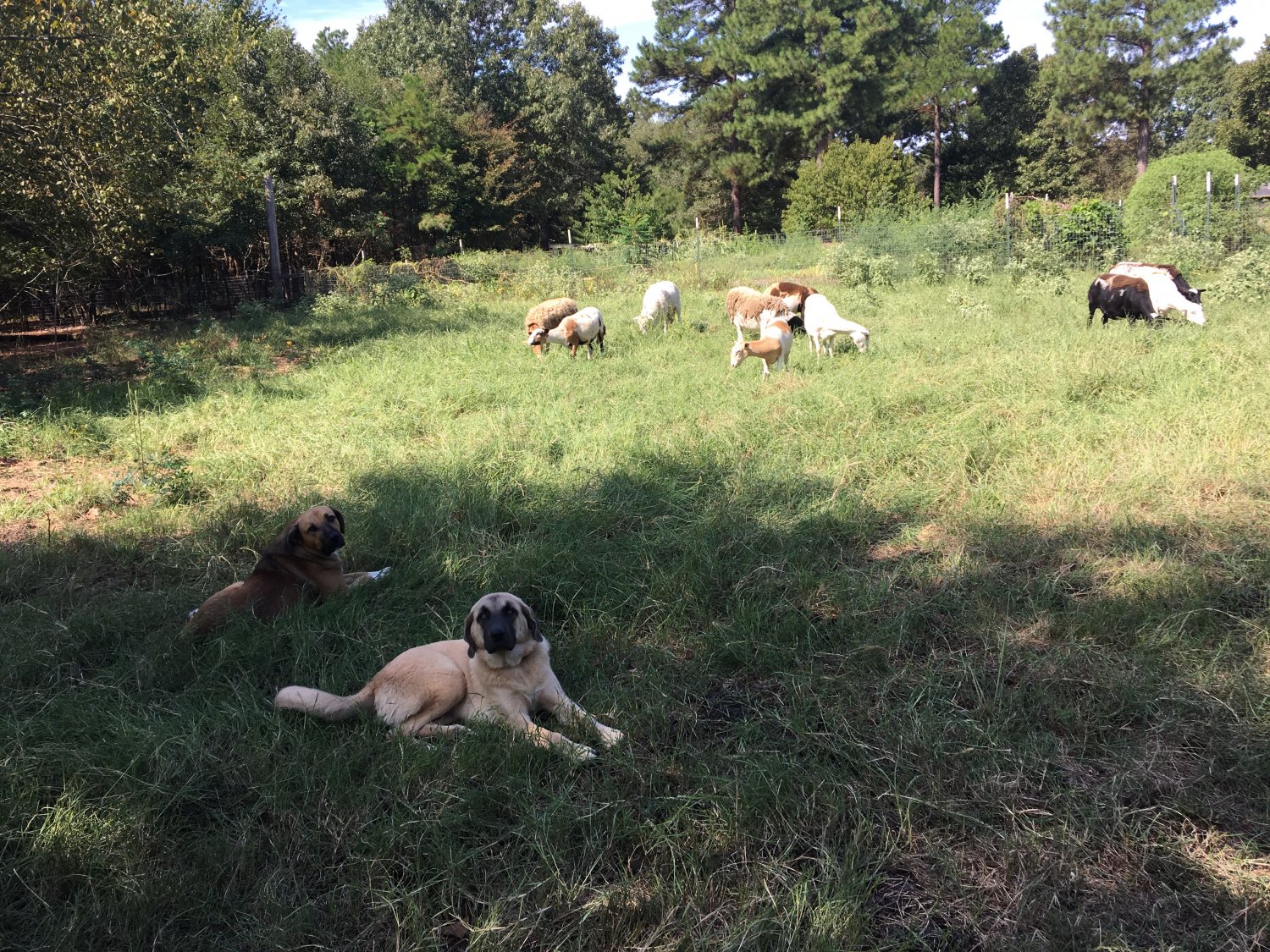 What a great happening!
M

Sounds like Sentry is working with/adapting to his his issues. Does he seem to be reasonably comfortable with his efforts?

Sheba is a beautiful girl. She could come to VA any day!

So glad that Sheba is growing and developing into such an animal smart dog. That is great that she and Sentry are working together. It may take some of the pressure off him as she is the "young one" that can go check things out and he can lay and watch. Hopefully this will help him to have a longer time with you, if he is not having to feel like he has to do it all.
I cannot believe how big she has gotten either!!!!

Sheba is an awesome girl, we love her madly. She talks to us, ROOOO! and RAAWWLLL! and some yips and barks. Jealous, she bites and growls at the boys when they come up for attention. Sentry will just hit the ground and she gnaws on his legs, bites his neck and tail. He adores her.

Sentry has come a long way since his hip surgery. He had an impacted anal gland that we thought was his hip popping out. It was a big hard knot. We took him to the vet, thinking we were going to have to put him down. It was curbside, we weren't allowed inside, his X-ray showed that his hip was ok, we took him home. 2 days later, it ruptured, we went back to the vet. They did a minor surgery, cleaned him all up and he healed up. he started using that leg, running and playing. He has a time getting up sometimes, but has adapted well. No laying around and watching for him! LOL

Sentry has made one hell of a dog. We have said it many times and I will say it again. Sentry was meant to be our dog.

Sentry is training Sheba and doing a great job. They are making a great team. We are proud of both of them. Sheba is already as big as Sentry, if not a little bigger. She is going to be a big girl. Beautiful and brilliant smart. Stubborn, independent and recognizes me as the Alpha Dog. She rules over the boys and barks at Paris through the fence. Dumb thing to do! When Sheba and Sentry are "working", I give Paris the run from her safe back yard through the sheep barn up to the front fence. Today I put Carson and Trip in with her and they all played. I make sure to keep the two Divas separated.